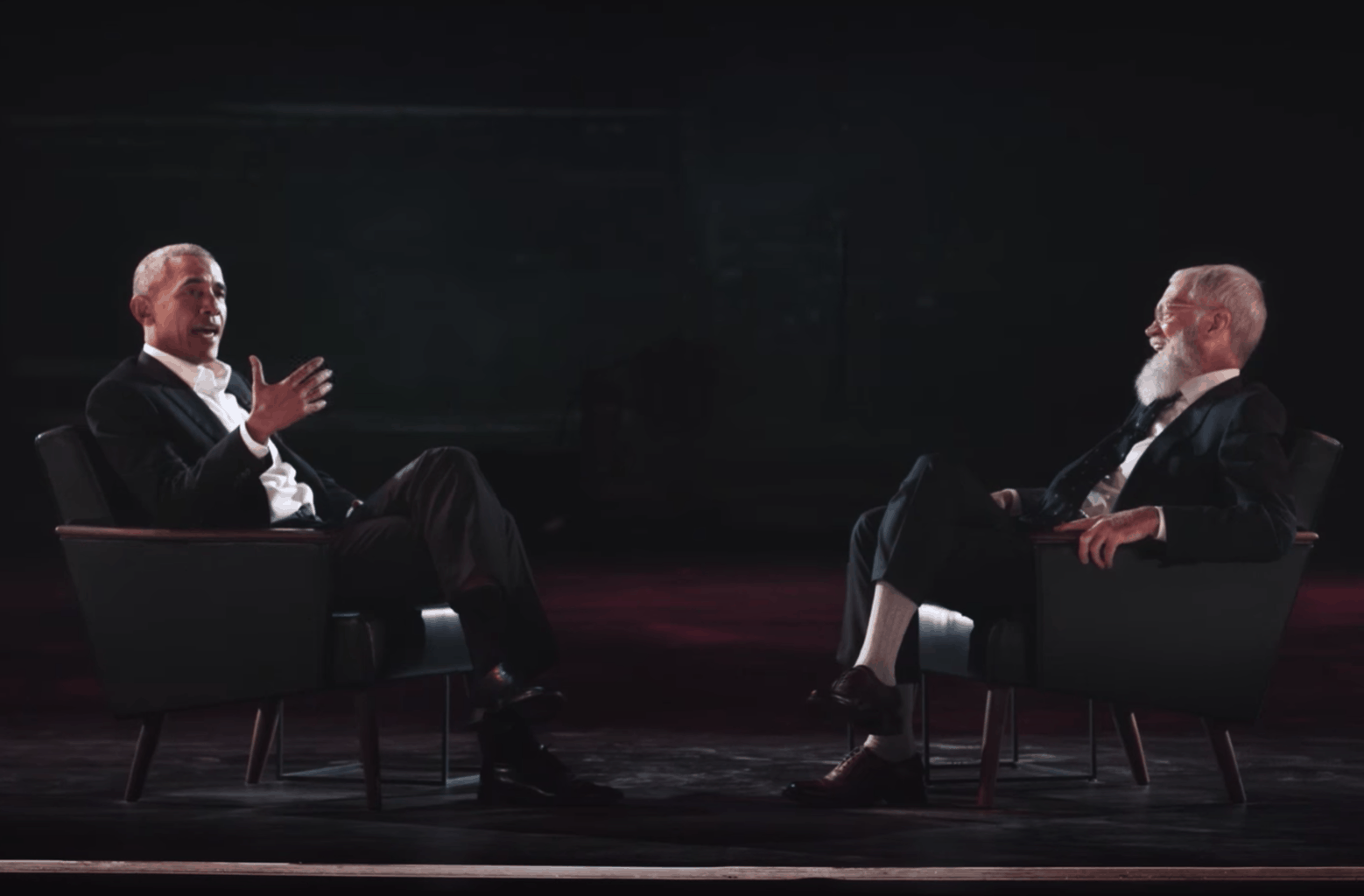 Netflix has released a clip from its upcoming talk show with David Letterman. And though it’s only a minute long, it does give us a sense of the feel of the new series. In it, former Pres. Obama describes how to not embarrass yourself while dancing.

The series is called My Next Guest Needs No Introduction With David Letterman, and as the title insinuates, it’s a pretty laid-back affair with some extremely high-profile guests (Warning: The clip below contains some somewhat strong language.).

And as the title also implies, the guest list is ridiculous: George Clooney, Malala Yousafzai, JAY-Z, Tina Fey and Howard Stern will be featured.

How God Can Make Anxiety Your Ally

And Now, Step-By-Step Instructions to Making a Porg Bento Box