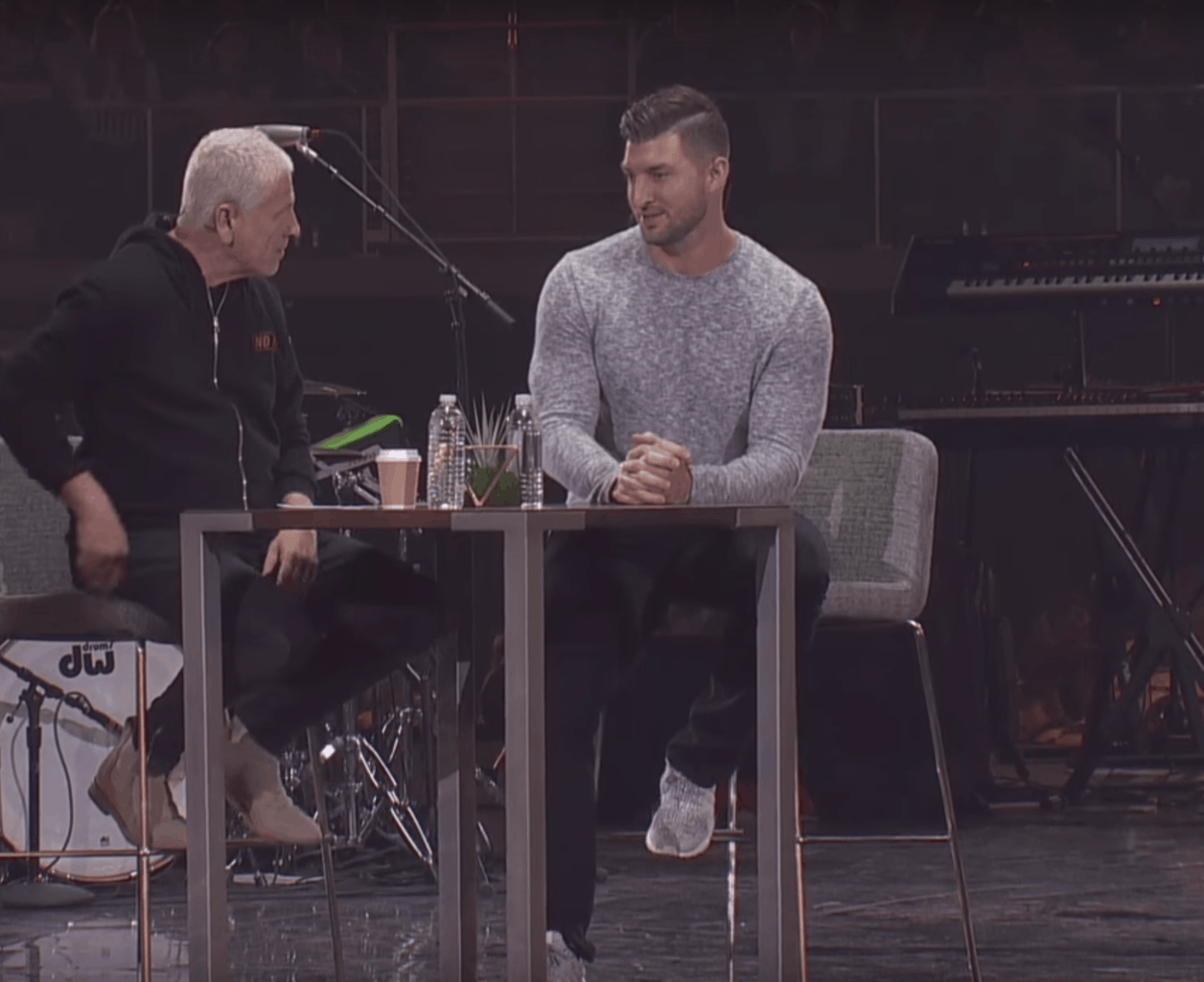 The 10 Best Things on Netflix in January

At Passion Conference 2018, pastor Louie Giglio sat down with Heisman Trophy-winner Tim Tebow to discuss his testimony, being an open Christian as a college and NFL quarterback and his life as a public figure.

Tebow talked a lot about his experience playing football at University of Florida, putting Bible verses on his eye black and talking about his faith with head coach Urban Meyer. When Tebow displayed John 3:16 on his eye black during  the 2008 national championship game, he later learned that during the broadcast, 94 million people had Googled the Bible verse.

My first thought was ‘How did 94 million people not know John 3:16?’ But I was sitting there humbled at how big the God we serve really is. A few months earlier, I put Philippians 4:13 under my eyes because maybe someone with binoculars would look through the face mask and see a Bible verse and be encouraged, but you never know what God will do with something if you step out with boldness.

He can take the games we’re involved in, the jobs we’re doing, and He can transcend them to be so much more than that. He can make it bigger than a job if we let it. He can take the little things that we do when we decide to be a little bit different and use that in our life in the people around us.

The discussion closed with a conversation about being famous and having an influence. Check out the full interview below.

Vending Machines Give Food to Homeless