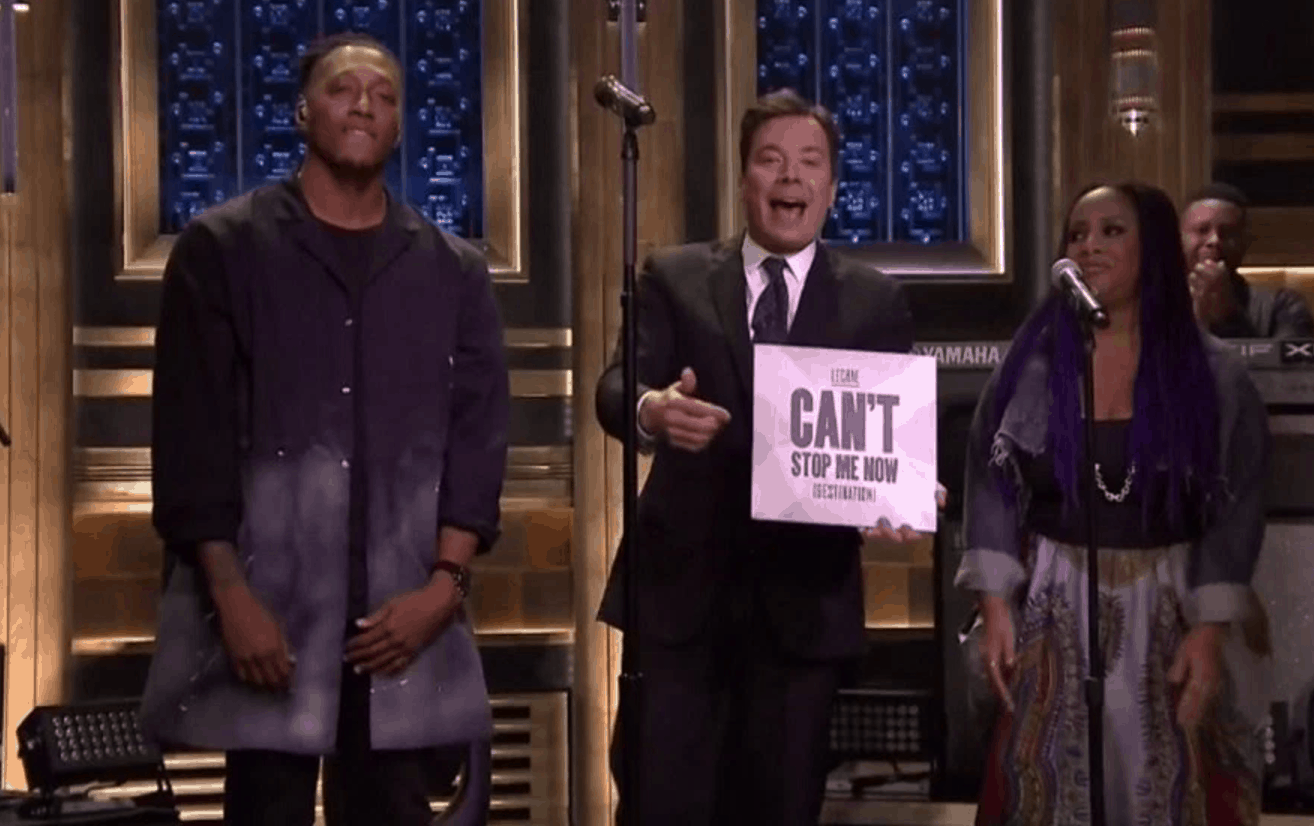 Hip-hop star Lecrae was the musical guest on The Tonight Show with Jimmy Fallon this week, performing his latest single “Can’t Stop Me Now.” The song, which he first released last month, is deeply personal and directly addresses the backlash he received from some fans for speaking out against racial injustice as well as his struggle with depression.

You can see the performance here.

As he explained to Billboard following the song’s release:

I found that when I spoke about this, there was a large contingent of people with whom I may have shared similar beliefs in terms of faith. But they were completely on the opposite end of the spectrum in terms of sharing my grief for the loss of these lives. They lashed out and accused me of being political. That drove me to a place of deep despair and depression. What I also found is that a lot of us are wrestling with PTSD. You can’t be exposed to that much death and injustice and walk around unscathed.

This is Lecrae’s third appearance on the show, and he even filmed a special behind-the-scenes interview, where he discussed some of his favorite artists including Chance the Rapper and Anderson .Paak.

Moving on From Moral Failure Is Not Impossible