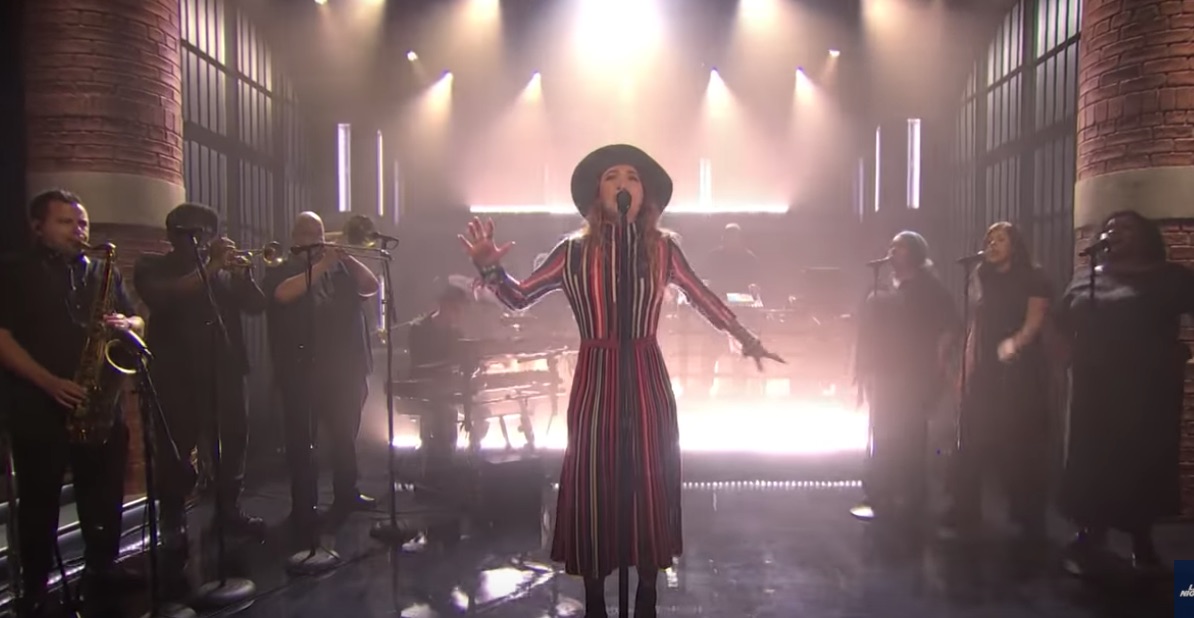 This week, Lauren Daigle was a guest on “Late Night with Seth Meyers”, and her performance of “Still Rolling Stones” killed it.

Even though her latest album Look Up Child has been out for more than a year now, it’s blowing up. In fact, the single “You Say” recently broke the record for the most weeks at No. 1 on the Billboard Hot Christian Songs chart.