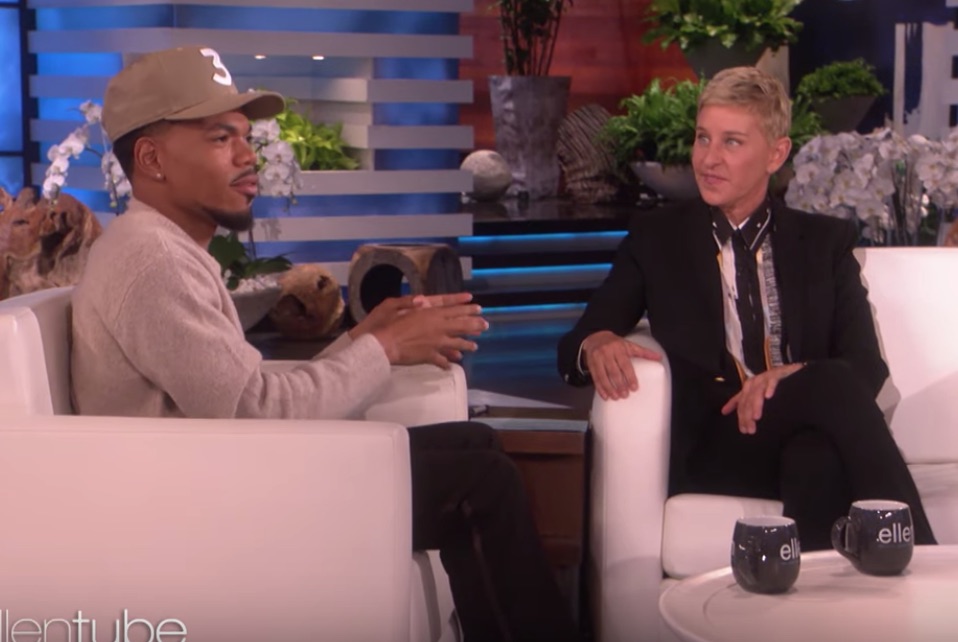 This week, Chance the Rapper was a guest on The Ellen Show, and he explained how Jesus inspires him to serve his community. Ellen asked him why he was so charitable (he’s given millions to causes that serve people in need and children).

“So, my understanding of a lot of stuff is based on Jesus,” he explained. “Jesus teaches to be like, you know, care for your neighbor. Care for people who aren’t necessarily your blood but still a part of your body because we’re all humans.”

He also opened up about the beauty of marriage.

His latest album, The Big Day, is a celebration of marriage, and during his conversation with Ellen, he talked about the love for his wife Kirsten. As he explained, the two first met when they were just nine years old. According to Chance, when he saw her dancing at a party the first time they met, he told himself, “Let’s get married!” Chance also shared some really cute pictures of his new daughter Marli and opened up about why he feels so compelled to serve his local community.

Man, this is a really sweet interview.

What Grief Teaches About God

So, a Monopoly for Women Is Being Released