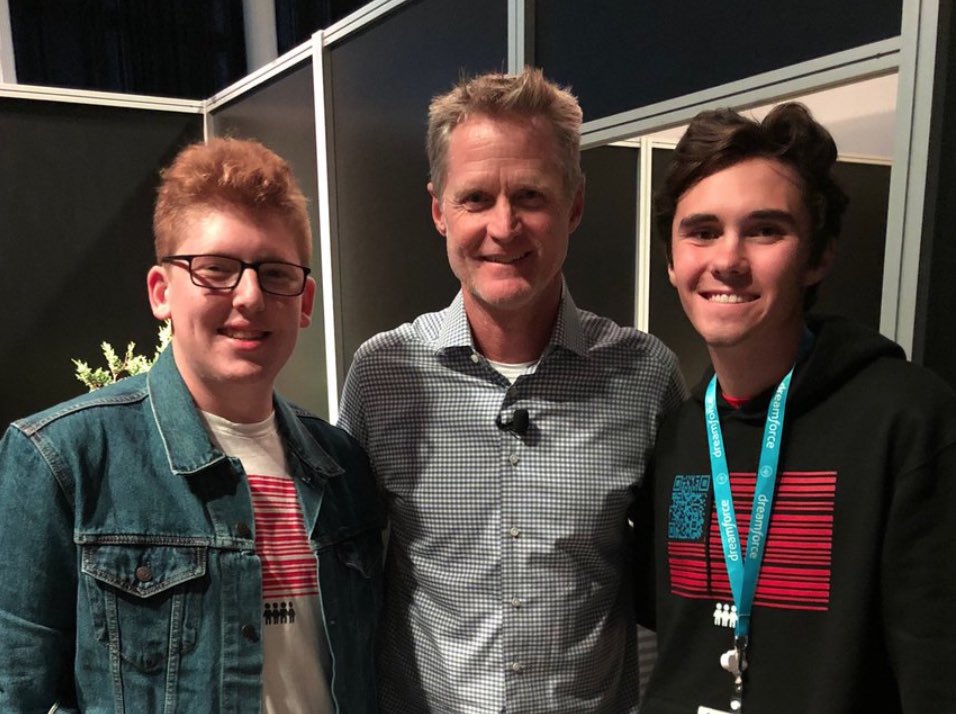 Golden State Warriors coach Steve Kerr has a message for NBA fans. Just days after a gunman opened fire on people at a municipal building in Virginia Beach, killing 12, Kerr wore a “Vote For Our Lives” shirt.

Kerr, whose team is currently playing in the NBA Finals, told reporters why the message is so important:

“The shirt has everything to do with the tragedy in Virginia Beach and how devastated so many families are and so many people are,” Kerr told USA Today. “The shirt’s a reminder that the only way we can get out of this mess is to actually vote, and to vote for people who are going to be willing to create some change in our gun laws in our country.”

Warriors coach Steve Kerr on his “Vote for our Lives” shirt: pic.twitter.com/Yv5h88Lsd7

Kerr told USA Today, “So the young generation, the March For Our Lives generation, has really inspired me, and so I offer my support to them and to all young people and hope that we can create a change where we don’t all have to walk around scared we’re going to get shot in our country.”

Are You Wasting Time Trying to Be ‘Happy’?