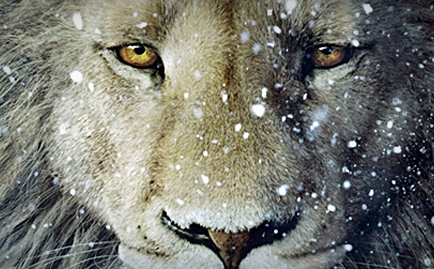 Douglas Gresham knew C.S. Lewis as more than just a great author and apologist. He knew him as a father. Gresham was adopted and raised by Lewis when his mother, Joy Davidman, married Lewis in 1956. Gresham went on to develop a deep bond with the man he knew as Jack, and their relationship inspired in him a dream to someday make the Chronicles of Narnia books into movies.

Now, more than 40 years later, Gresham is in the throes of making that dream a reality. As the producer of the Narnia franchise, Gresham is working with Walden Media and 20th Century Fox to release the third film, The Voyage of the Dawn Treader, which comes out today. It’s his role to advocate for Lewis’ original intent while trying to straddle the inevitable compromise of adapting literature to film.

Some people—critics and audiences alike—have expressed disappointment with the films, questioning whether they have successfully represented Lewis’ vision. We talked to Gresham about translating these beloved works for the screen and his thoughts on how faith and art intersect in the works of Lewis.

How did C.S. Lewis’ faith impact his work, specifically the Narnia series?

Well, I think Jack’s faith impacted his work in the sense that it’s quite discernible to those of us who have committed our lives to Christ. The Holy Spirit of God really was the author of the works; Jack was the co-author through which they came, particularly the Narnia Chronicles. He made no secret of the fact that the ideas and the stories themselves just floated through his head, and he recorded them. So, I think it’s pretty obvious when you read the Narnia Chronicles that this man had a very close connection with the Author of all things.

How have you tried to bring the faith that’s so entrenched in the book series into the movies?

What I really concentrate on in the films is to make sure it’s what Jack said in the books that goes into the movies. I try to make sure we stay as close to the original books as is possible. Of course, it’s quite a tough job to adapt a book into a movie. The two mediums are so different from each other. So we have to wind our way through the various pitfalls in adapting. The important thing to me is to keep the messages of Jack incorporated in the films, and I think we’ve succeeded in doing that so far.

So the messages haven’t been compromised?

I don’t think we’ve compromised any of the messages in the movies we’ve so far made or the one we’re making now for that matter. I think, in some ways, the reverse has happened. The essential messages of The Lion, the Witch and the Wardrobe and Prince Caspian have shone through very strongly. Some people, some Christians indeed, have told me they shine through in the movies even more strongly than in the books.

How does that work with the studio and directors? Do you have disagreements?

All the time—fortunately, the directors I’ve worked with are very open to discussing things at length. We work as a team, and it’s a good team. We do have disagreements, of course. I see things in different ways sometimes, but we always come to some sort of a compromise in the end, which works for both parties. Sometimes, certainly, it’s been hard work. It’s been heartbreaking work at times, where I really felt strongly about something, and I haven’t been able to get my message across. But it’s a team, and I’m blessed to have had some really good teams working with me.

When have you had to make a compromise?

Sometimes we compromise on the detail of how things are actually represented on screen, but I don’t think anything really desperately important has ever been lost. I have to go through the book and decide what is essential to go into the screenplay and what doesn’t matter so much. It’s always, for me, the deep theological meanings Jack wrote that I think are essential. The stuff like language usage in 1940s England as opposed to now, as far I’m concerned, isn’t so vital. But all in all, I think if you’ve seen the first two movies, then you’d probably agree we did a pretty good job at getting Jack’s message across.

So you are satisfied with the first two movies?

Yes, very much so. Everybody is in love with The Lion, the Witch and the Wardrobe because of the story itself. Prince Caspian was a much more difficult story to adapt to the screen, because, basically, the book is all about the kids who get into Narnia. They meet a dwarf. They rescue a dwarf. They all sit down around a campfire. He tells them a long story about somebody they’ve never met. They go for a walk in the woods, and then there’s a battle. Now, that doesn’t make a good movie. We had to bring other things in and make some action happen and so forth. But I think the essential messages that are in Prince Caspian come forth extremely well in the film. I’m very happy with it.

Is that why Prince Caspian wasn’t as critically successful?

Well, I think the critics liked it well enough, but I think there are a lot of reasons why it didn’t succeed in terms of finances. One of the main ones, of course, is, The Lion, the Witch and the Wardrobe has the greatest story ever told anywhere in the history of man, and Prince Caspian doesn’t. But don’t forget, Prince Caspian was a highly successful movie. It grossed over $400 million in the box office, and that’s a blockbuster. The problem is, of course, The Lion, the Witch and the Wardrobe was such a standout film—it’s such a standout book—that you can’t really compare the two.

Does critical reception matter to you?

Not a great deal because I know how critics work; I used to be one. There are critics who make it a point of their work to say something nasty about whatever they’re criticizing, and that’s a shame. We’ve had some great reviews; we’ve had some bad reviews. I don’t really read reviews anymore, as [much as] I can possibly help. What matters to me is what people feel about it, what the audiences feel about it. I’ve had some wonderful emails from audience members all around the world on both of those movies. For example, someone who watched Prince Caspian said: “Thank you so much for making that film. My 17-year-old son saw the movie and suddenly committed his life to Christ.” And that is magnificent.

What would Lewis think about all this?

Jack always had his worries about the thought of anyone filming the Narnia Chronicles because he thought it would have to be done by the old-fashioned cartoon animation, and he never wanted Aslan presented as cartoon character. I can quite understand why. But I think if he looked at the Aslan we’ve put on the screen, he would be absolutely thrilled. And I certainly think he would understand and enjoy the changes we made to Prince Caspian. I sincerely hope so; otherwise, I’ve just wasted the last 15 years of my life.

What do you ultimately want to accomplish through the movies?

I want to accomplish the same thing Jack did when he wrote the books. The idea being that when you read the Narnia Chronicles, you should be able to get to know Aslan very well throughout the seven books. If that happens, as it should happen and does happen, you’ll then know his new name, his different name here in this world as a result of having known him as Aslan in Narnia. That’s also what I want to accomplish with the movies: to know Aslan there, so that you can know him better here.

An extended version of this article appears in the new issue of RELEVANT magazine, which you can subscribe to by clicking here.