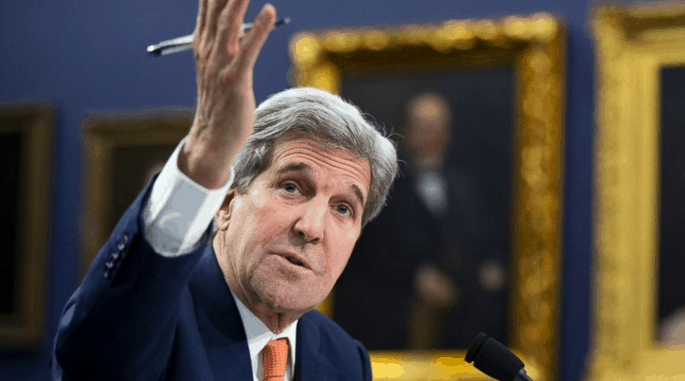 The U.S. is finally designating the persecution against Christians and other religious minorities in the Middle East as genocide. The declaration, while it appears it’ll have little impact on military efforts against ISIS, could be a first step toward war crimes trials. According to Politico, the designation is a rare one. The U.S. often avoids using the term “genocide” because it carries with it political, moral and some legal obligations. In fact, officials say the only other time the U.S. has formally used the term was in 2004, when it described the mass killings in Sudan’s Darfur region. The declaration now only proves just how dire the situation in Syria and Iraq is.

Secretary of State John Kerry said at a news conference in Washington, “In my judgment, Da’esh (Islamic State) is responsible for genocide against groups in areas under its control, including Yazidis, Christians and Shia Muslims. Da’esh is genocidal by self-proclamation, by ideology and by actions.” Representative Chris Smith sponsored a House resolution calling for the U.S. to promote establishment of a Syrian war crimes tribunal. “A Syria tribunal would hold not only the genociders of ISIS, but all parties—especially the war criminal Bashar al-Assad who has barrel-bombed Syrian civilians and killed tens of thousands—accountable for their horrific deeds,” Smith said.