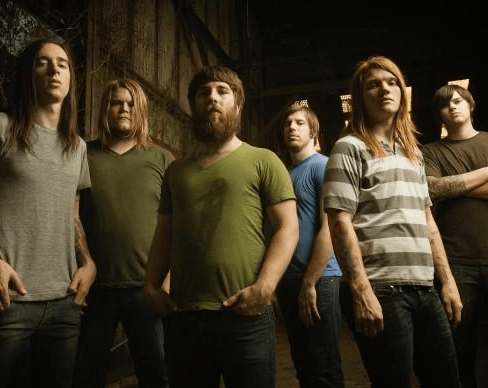 For the first time in more than two years, Underoath will take the stage together at California’s 2016 Self Help Music Festival next spring. In an interview with Alternative Press, Aaron Gillespie and frontman Spencer Chamberlain said that though they wouldn’t rule out more collaborations, and even writing more music together, for now, no other shows are scheduled. The band scored two Grammy Nominations and two gold records during their mid-2000s heyday, but disbanded after several members left to pursue other projects, including Gillespie, who has gone on to front The Almost and release two worship albums. Gillespie was also asked by the AP about being labeled a “Christian band,” and whether he thought that title still fit.

My personal belief is that I don’t think it’s right for Underoath to put a label on what it is. It’s something separately to each one of us, and I think it’s something separate to every single person who bought those records. For some people, it is a Christian thing and for some it isn’t. There are definitely Christian themes in our music, but we all have different belief systems now. That’s not to say any of us believe in sacrificing goats under a tree. I’m definitely a Christian, but I don’t think Underoath should be a “Christian band.” I think it needs to be something that’s ambiguous enough that anyone can latch onto it and find what they want to find. And I think that’s the beauty of what Underoath is.

Government Rules that College Athletes Won’t Be Allowed to Unionize