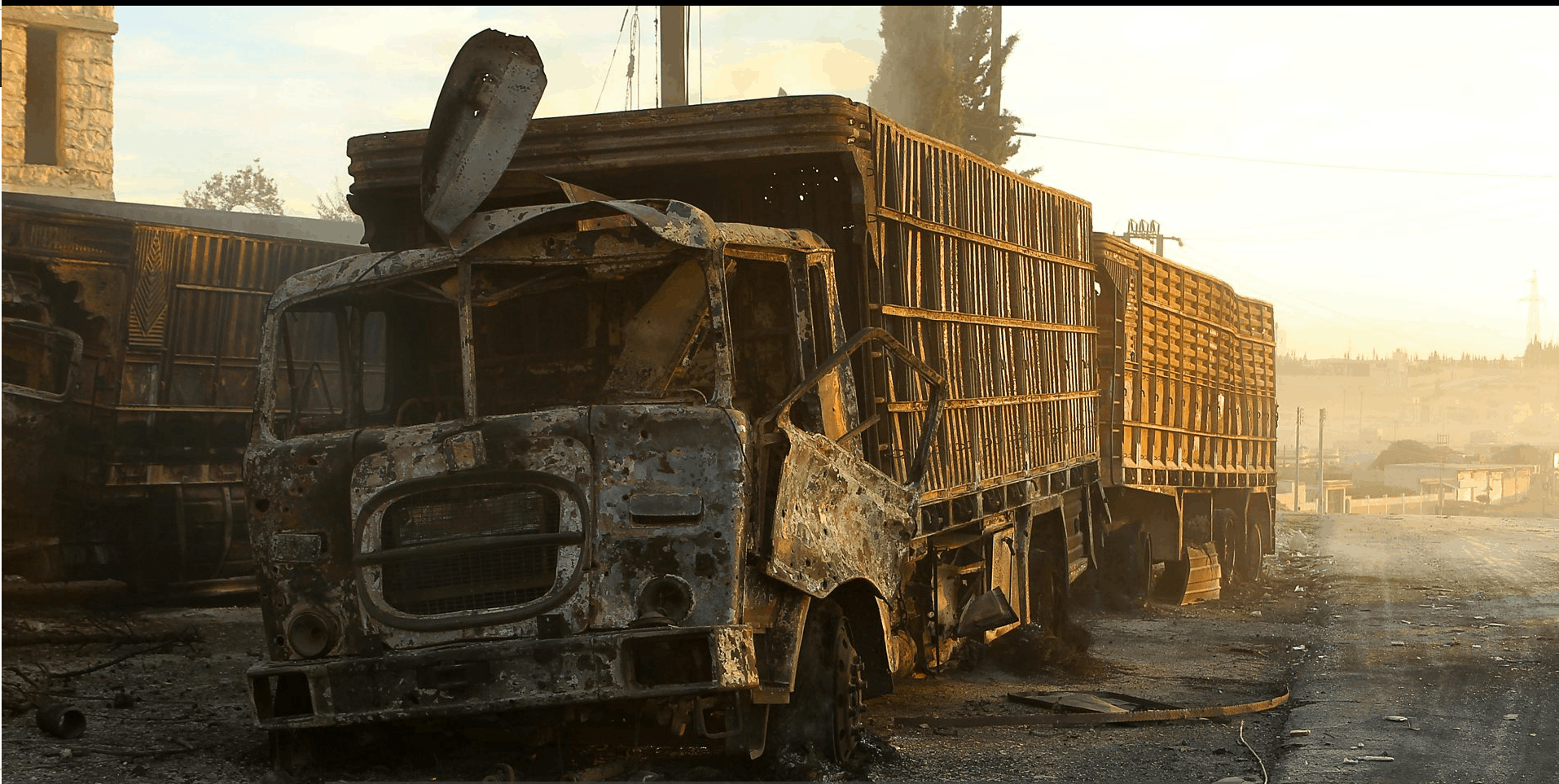 Does God Laugh at American Politics?

The UN has announced that it will suspend its delivery of aid to Syria after an attack destroyed 18 of the 31 trucks delivering aid as well as a warehouse near Aleppo.

So far no group has taken responsibility for the attacks that killed 20, according to CNN.

A spokesman for the UN said that the suspension would just be a temporary security measure and that the UN is”committed to stay and deliver to everybody in need in Syria” at a news conference.

The attack came right on the heels of the end of a ceasefire that had been called to allow aid to get into Syria. Because of it, the International Committee of the Red Cross has said it won’t be delivering aid in Aleppo for three days.

From what we know of yesterday’s attack, there has been a flagrant violation of international humanitarian law, which is totally unacceptable. Failing to respect and protect humanitarian workers and structures might have serious repercussions on ongoing humanitarian operations in the country, hence depriving millions of people from aid essential to their survival.

The Syrian army has denied responsibility for the attack.