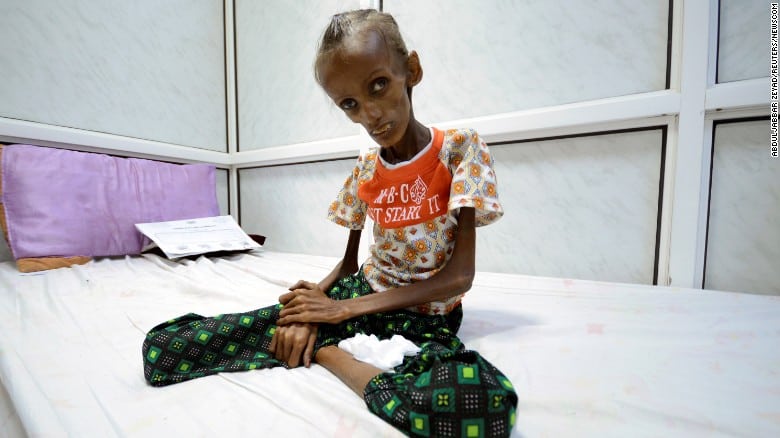 Yemen has been in a civil war since the beginning of 2015 that has led to such a severe shortage of food resources that millions of people need assistance with food.

The Yemen World Food Programme director, Torben Due, said in a statement:

We need to scale up our life-saving assistance to reach more people with timely food assistance and preventive treatment. We appeal to the international community to support the people of Yemen. … We need to provide a full ration to every family in need, but sadly we have had to reduce the size of the food basket and split assistance between impoverished families to meet growing needs.

Six Ways to Not Let Winter Bum You Out

Prior to the conflict, Yemen had one of the highest malnutrition rates in the world, according to the statement. Malnutrition rates for children under 5 were double the emergency threshold and nearly half of the children are currently irreversibly stunted.

As of June, 14.1 million people in Yemen were food insecure, and 7 million of them were “severely” food insecure.
###How You Can Help
WFP says they need $257 million to continue having an impact through March 2017. You can donate here.

Being ‘Pro-Life’ Is About More Than a Single Issue