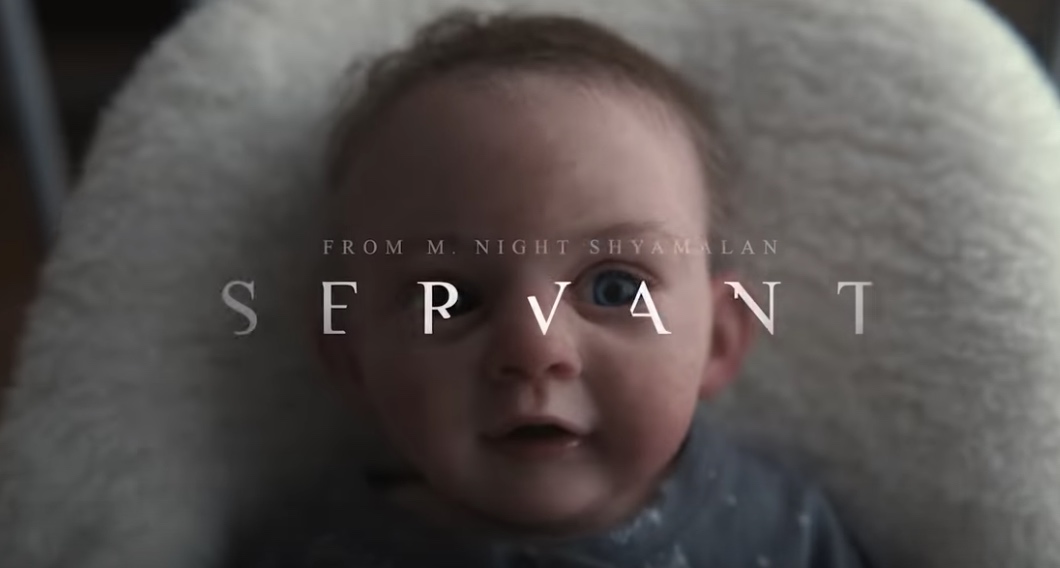 Two of the clips, show the same, extremely life-like fake baby. Here’s the official synopsis, “Servant follows a Philadelphia couple in mourning after an unspeakable tragedy creates a rift in their marriage and opens the door for a mysterious force to enter their home.”

In the latest teaser, the words “What do you believe?” appear onscreen.

Shyamalan’s work generally deals with the supernatural or paranormal, but also weaves in themes like faith, belief and even religion in films like The Village, Signs and Devil.

We’ll get some answers when it drops on Nov. 28.

Not Everyone Was Feeling Kanye’s Sunday Service in NYC