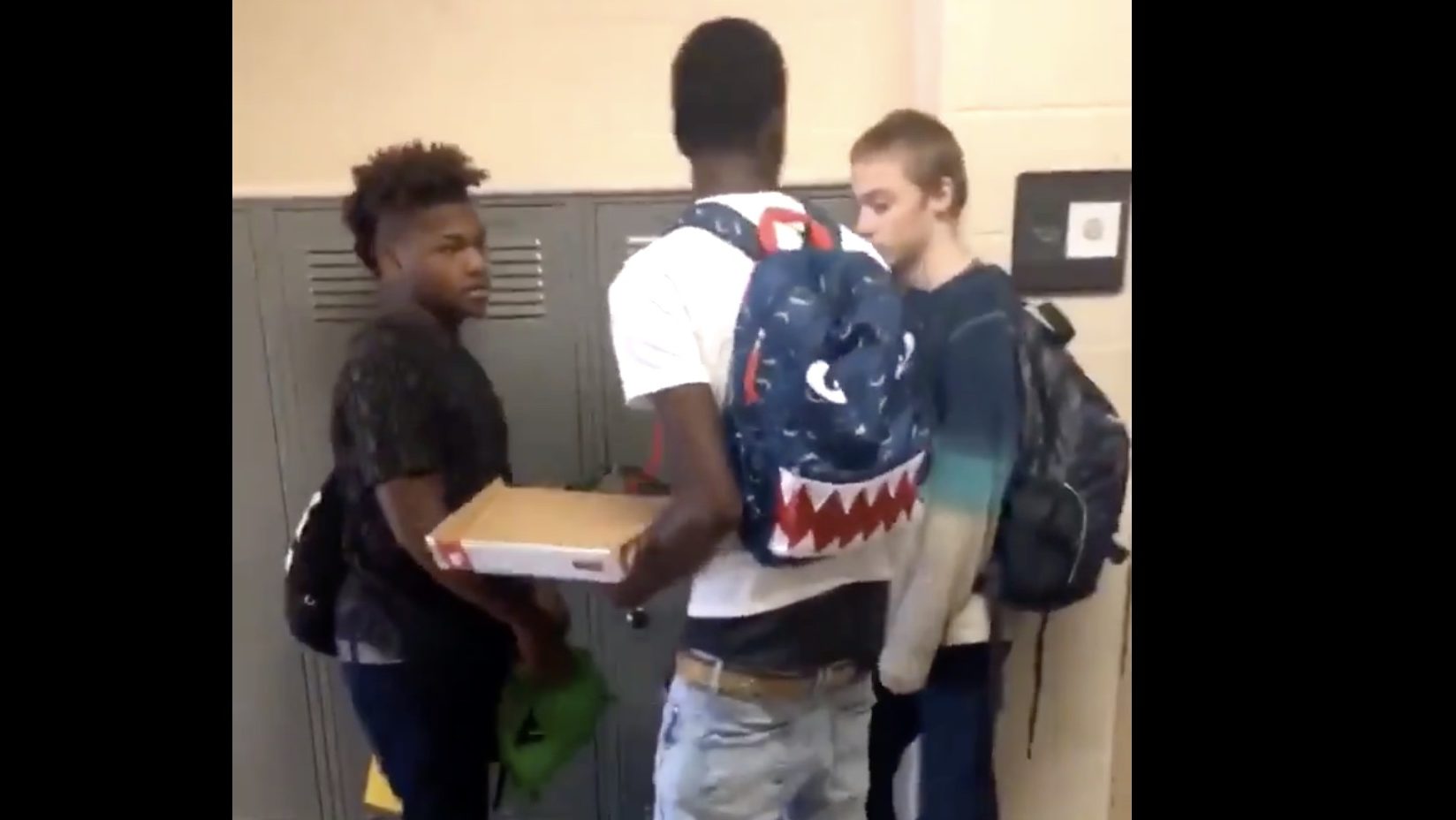 Michael Todd is a freshman at MLK College Preparatory High School in Memphis, Tennessee, and his first few weeks of school were tough. Todd says his rapid growth spurt means his family can’t afford to buy him new clothes, so he wore the same outfit every day for three weeks — something that led to a lot of bullying from other classmates.

But not all his classmates. Kristopher Graham and Antwan Garrett play for the MLK College Prep football team, saw Todd struggling and decided to do something about — by giving him some of their own clothes.

“He wasn’t smiling or anything and I was like, ‘I think this is going to make you smile'”, Kristopher told 6WBRC. “I told him, ‘We’re in the same third period and I apologize for laughing at you and I want to give something to you to make it up.'”

“You guys are the best guys of my entire life,” Todd told them.

“It was a weak moment for me. I almost cried,” Graham told reporters.

“And then I almost cried at lunch when he said, ‘You know, you two are the only two to actually ever give me a gift,'” Garrett agreed.

What We Get Wrong About ‘Finding God’s Will’

Juli Wilson Posted a Moving Tribute to Her Husband Jarrid