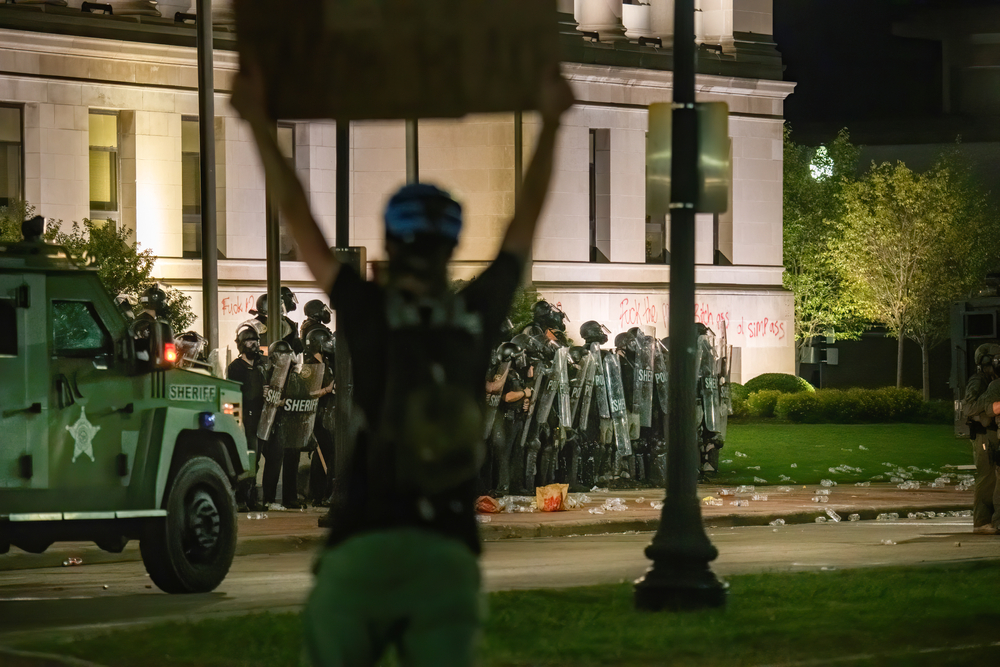 Update: Police have arrested 17-year-old Antioch, Illinois resident Kyle Rittenhouse in connection with at least one of the shootings. He is being charged with first-degree intentional homicide.

Two people were killed and a third was seriously wounded in Kenosha, Wisconsin, where protests continue to surge after a video of police shooting an unarmed Black man named Jacob Blake was released on social media. Police say they are investigating these new shootings to see if they were the result of a clash between protestors and a group of armed men who descended on the town, claiming they are trying to “protect property” from the protests.

The National Guard was called into Wisconsin, where a state of emergency has been declared by Governor Tony Evers following two nights of massive protests. 29-year-old Blake is in serious but stable condition after being shot seven times, though his family says he is paralyzed from the waist down and it will be a “miracle” if he ever walks again. Blake was shot in the back by police as he attempted to get into the driver’s seat of his car.

The protests have led to several Kenosha administrative buildings being burned, which is the stated reason a new group of armed men arrived to clash with the protestors. There were unconfirmed reports that these men are affiliated with the Boogaloo Boys — a far-right collective with white nationalist sympathies trying to accelerate a second Civil War.

On Tuesday, Jacob Blake’s sister Letetra Widman gave a powerful statement on the importance of her brother’s life.

“This is nothing new,” she said. “I’m not sad. I’m not sorry. I’m angry and I’m tired. I have been watching police murder people that look like me for years.”

Jacob Blake’s sister *did* that. pic.twitter.com/TpEEWOI073