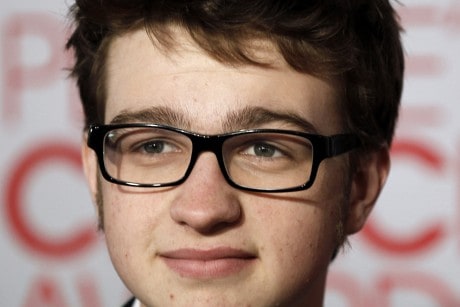 Yesterday, Angus T. Jones—who is actually the famed “half” in the frustratingly popular Two and a Half Men sitcom and not, as his name would suggest, a Civil War general—made headlines for his strong words against his own show. Apparently, Jones has recently started taking his faith seriously enough to come out in condemnation of his work (he said his show is “filling [your] head with filth” and asked people to stop watching it.) However, he’s now come out with some clarifying remarks for Us Weekly. He doesn’t exactly take back anything he said, but he makes it clear he’s thankful for the hand that feeds.

I have been the subject of much discussion, speculation and commentary over the past 24 hours. While I cannot address everything that has been said or right every misstatement or misunderstanding, there is one thing I want to make clear.Without qualification, I am grateful to and have the highest regard and respect for all of the wonderful people on Two and Half Men with whom I have worked and over the past ten years who have become an extension of my family.

He also said, on Tuesday, “I apologize if my remarks reflect me showing indifference to and disrespect of my colleagues and a lack of appreciation of the extraordinary opportunity of which I have been blessed. I never intended that.”

Obama and Romney to Grab Some Lunch Together