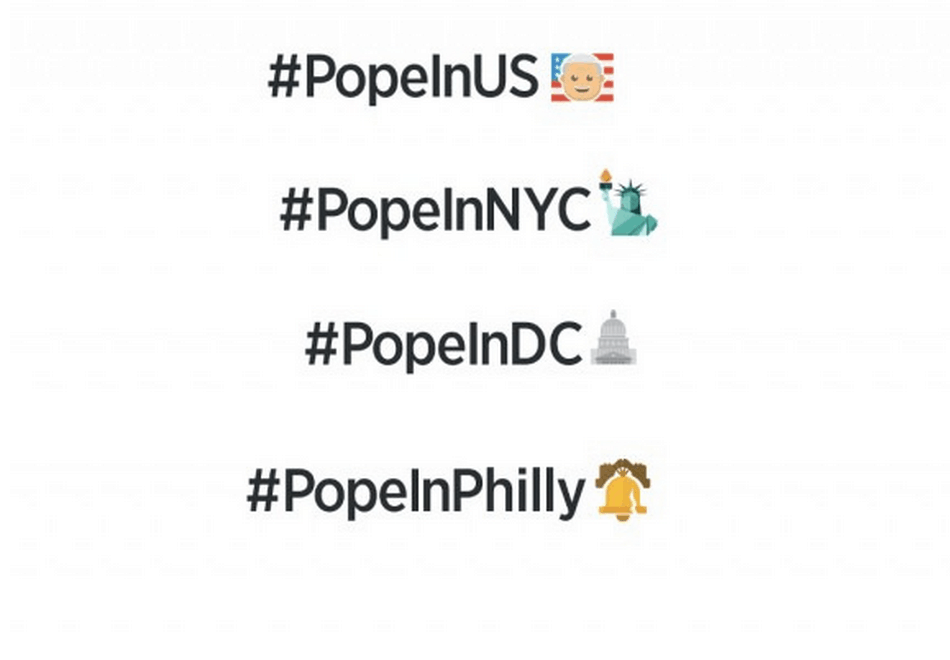 Twitter is welcoming Pope Francis to the United States the only way it knows how: By releasing a few custom emojis. The social media platform released four new icons for the pontiff’s visit to three American cities. For Twitter users interested in the latest update about his big stateside tour, they’ve even created a custom list of of Tweets, appropriately called, “PopeInUS”.

Do Millennial Christians Have the Strongest Faith of Any Generation?