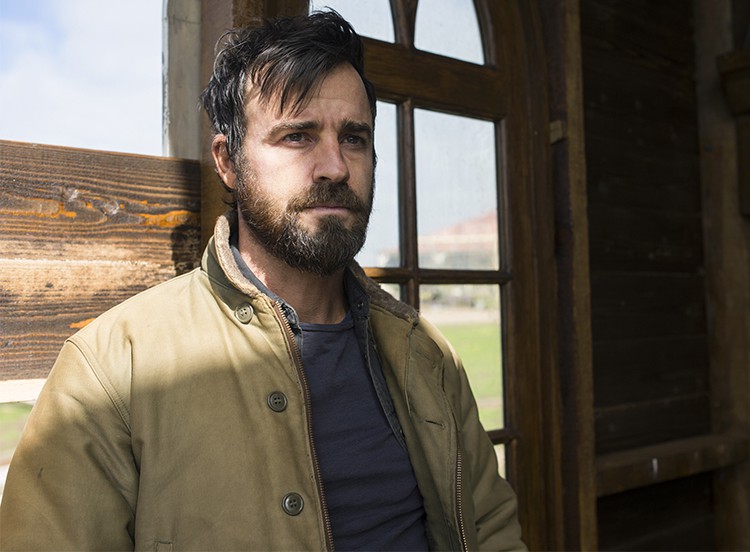 In a year when television has never been more derivative or diverse, to name a show best of the year means a few things: 1) It had to surprise, building on top of TV’s prestige era without just ripping off the themes or story arcs that prevailed before. 2) It had to feel personal, allowing us into the world and making room for us to build relationships with its characters and conflicts. 3) It had to encourage conversation, urging us to go outside our personal TV bubbles and tell someone, “Hey, you need to try this one.”

The Leftovers is the best television show of the year. Its final season aired on HBO for eight miraculous episodes from April to June, and every moment of its profound and ambitious conclusion carried a weight that threatened to sink the entire journey. A successful ending meant closure for the show, its creators and an audience that prayed for resolution. It delivered. The ship came ashore.

For the uninitiated, The Leftovers wears a one-sentence premise unlikely to convert anyone to watching its 28 episodes: 2 percent of the world’s population disappears in an instant, and those who remain are forced to go on without any explanation, ever, as to what happened. It makes the corners of your mouth tug down and your eyebrows furrow: That’s gonna be a bummer. And it is, sometimes.

The Leftovers is wrenching, but the grief is undercut by moments of elation. Its most famous scene is baffling to read on paper: Two characters mourn their loved ones by jumping on a trampoline to the sound of Wu Tang Clan’s “Protect Ya Neck.” It makes zero sense, but when you see it in front of you, it’s somehow euphoric, even perfect.

Some may deride the debut season of The Leftovers as a down note amid the overall success of the show, but taken within the greater context of the series’ mission, it has a place. A show about grief and loss has to play fair with all kinds of responses to tragedy, so looking back, it feels vital that The Leftovers would show how some see tragedy as inescapable.

Season one was punishing in that way, but thanks to showrunner Damon Lindelof’s revelation that grief and joy can coexist, its relentless dourness made the Wu-Tang highs of seasons two and three exponentially more rewarding.

As The Leftovers improved, its audience declined, and that meant its place in the recommendation-centric TV economy shrunk down to the smallest of cult corners. The show was always on the tongues of its fans, but the gospel grew more and more challenging to communicate.

How do you describe something that contains a sudden departure, a cavewoman giving birth, a man who might be God (or might not be), and a town called Miracle? For its followers, The Leftovers brought forth a near-divine spectacle with every episode, but outside the inner circle, it probably seemed like insanity. A character had to die so he could have the chance to go into the sorta-afterlife and kill the president version of himself? What?

Thus, to invite someone to watch The Leftovers meant not only inviting them into the show’s bizarre, stricken world, but inviting them into a piece of yourself, a part of you that might have been thinking about all those bittersweet things the show dealt with. It was vulnerable, but it didn’t feel that way because in front of it all was just a TV show, even if ultimately it wasn’t just a TV show.

By the very nature of its form, themes and style, The Leftovers encouraged its audience members to connect with one another on a level beyond gossip. We entered a dark, miserable place together, but like the arc of the series itself, we emerged on the other side with a newfound wisdom and empathy.

Television used to be collective; it’s not anymore. The Leftovers found that community again. It was a beautiful, transportive, transformative journey, made all the more special with the knowledge that you were on that journey with other people, no matter how few. It might not have been crowded on the other side, but it wasn’t lonely, and in 2017, that was enough.

Study: Christians Donate Less to Their Religion Each Year Than Jews and Muslims