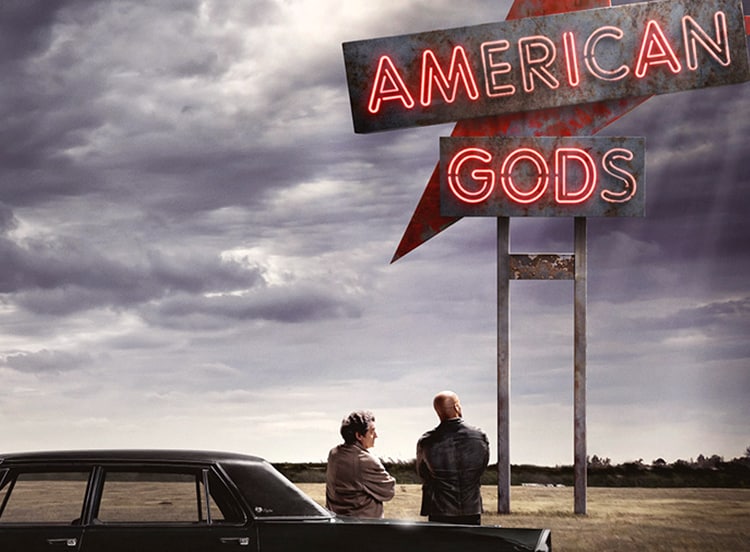 Neil Gaiman’s 2001 fantasy novel, American Gods, couldn’t have been more prescient when it was written. Now that the series is getting the silver screen treatment, the clash of gods—mythical and modern—reminds us that there really is a war going on, and the battlefield is our hearts.

In the old days, people worshipped gods of wood, metal and stone. Today, we bow down at altars—just different ones. In Mr. Gaiman’s take, the “old gods”—real-world incarnations of beings such as Norse mythology’s Odin, West Africa’s Anansi, Germany’s Eoster—are upset that the “new gods” of media, technology and globalization, among others, are winning the allegiance of mankind. Mr. Wednesday (Odin) attempts to regroup the old gods to wage a war on the new ones and regain their hegemony over people.

While most in our “enlightened” Western society would assume we are beyond the actual worship of the gods out of ancient myths, the truth isn’t so clear-cut. Gaiman was onto something when he posited that Americans have merely shifted allegiances to a pantheon of “new gods.”

Take technology for example; many put their faith in it. Millions perch on the edge of their seats whenever a new innovation from Apple, Google or Facebook is about to be announced. We are obsessed with what’s the newest, fastest, best feature. We criticize when we aren’t wowed by a Tim Cook presentation and think the company has lost its mojo. We complain when Facebook or Twitter, heedless to our prayers, changes the way their site works, forcing us to get used to something new.

Most of all, we trust, putting our faith for salvation in innovation. Anne Fernandez and Catherine Lutz wrote in The Guardian, “We accept the doctrine of this shared faith: that technology provides the main path to improving our lives and that if it occasionally fails, even catastrophically, it will just take another technology to make it all better.”

It’s not just technology but the media that we’ve given our hearts to. We make “stars” of entertainers and media personalities, obsessing over their every tweet or Instagram post, both criticizing and idolizing.

Sports is another big little-g god. For years now, people have been referring to arenas and stadiums as churches and fans as devotees. Late last year, Tom Brady and Michael Strahan produced a documentary series titled Religion of Sports. Brady called the synergy between fans and players a “spiritual experience” and said he was privileged to play on the same stage as his “childhood idols.” Strahan testified that, growing up as a young soccer fan in Germany, he didn’t know it at the time, but he “was having a religious experience.”

Even something as inanimate as a gun has its many defenders. (Gaiman  and company felt it necessary to cast a “new god,” Vulcan, to personalize this pseudo-deity on TV.) It seems as though some are ready to die to keep hold of a weapon that kills. Talk about religious devotion.

Christians aren’t exempt from bowing down before various members of the new, trendy pantheon. Often, I’ve had to pause and question my enthusiasm for an author I love or a television series I can’t get enough of. Every now and then, when the Cowboys get on a winning streak, I feel a tinge of that religious passion sports fans talk about. I’ve had to wonder if I’m building idols in my heart.

American Gods isn’t just entertainment. It’s a challenge to reflect on what we put our trust in and what we are ready to expend energy for.

God—the oldest and only one—said, “Thou shalt have no other gods before me.”

Too often, it seems like we’re asking, “But can I have one after you?”

is a writer, web designer, and podcast producer. He is a junior at Liberty University and has written four books, including his first paranormal novel, Rise of the Seers.

‘Friends From College’ Missed the Opportunity to Say Something Important