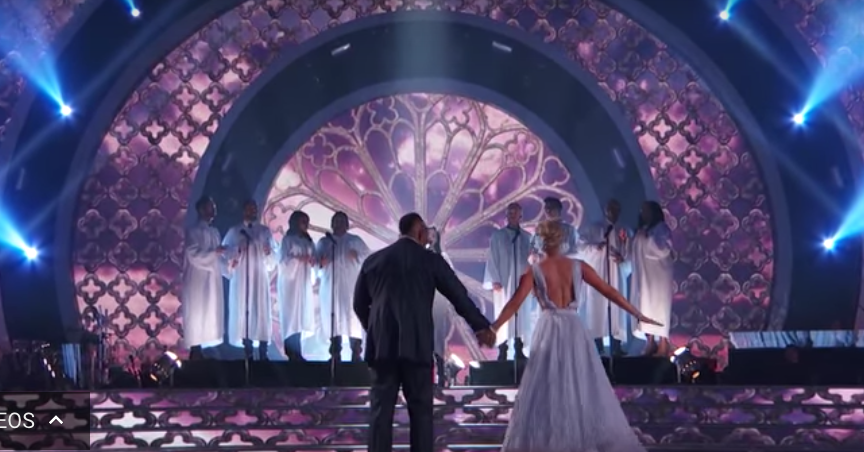 This season of Dancing With the Stars has featured an interesting trend.

With at least two of the competitors being outspoken Christians—Mr. T and Simone Biles—on different occasions, the show has played Christians songs as part of the show.

Here’s a look at some recent performances.

This week Biles danced to Chris Tomlin’s “Good Good Father,” which she explained was partially a tribute to her biological grandfather who adopted her after she was placed in the foster care system as a child.

The performance even drew praise from Tomlin himself.

Hey @Simone_Biles … I just heard about what you did on @DancingABC tonite. Well done. You're a champion in so many ways! Much love.

When Mr. T danced to “Amazing Grace,” the segment even featured a full gospel choir:

Dancing With the Stars may not be the show you most associate with “Christian TV,” but maybe this season is changing that.

United Says It Will Refund Tickets of Passengers on Flight 3411

What’s Behind the Horrific Christian Persecution in Egypt?