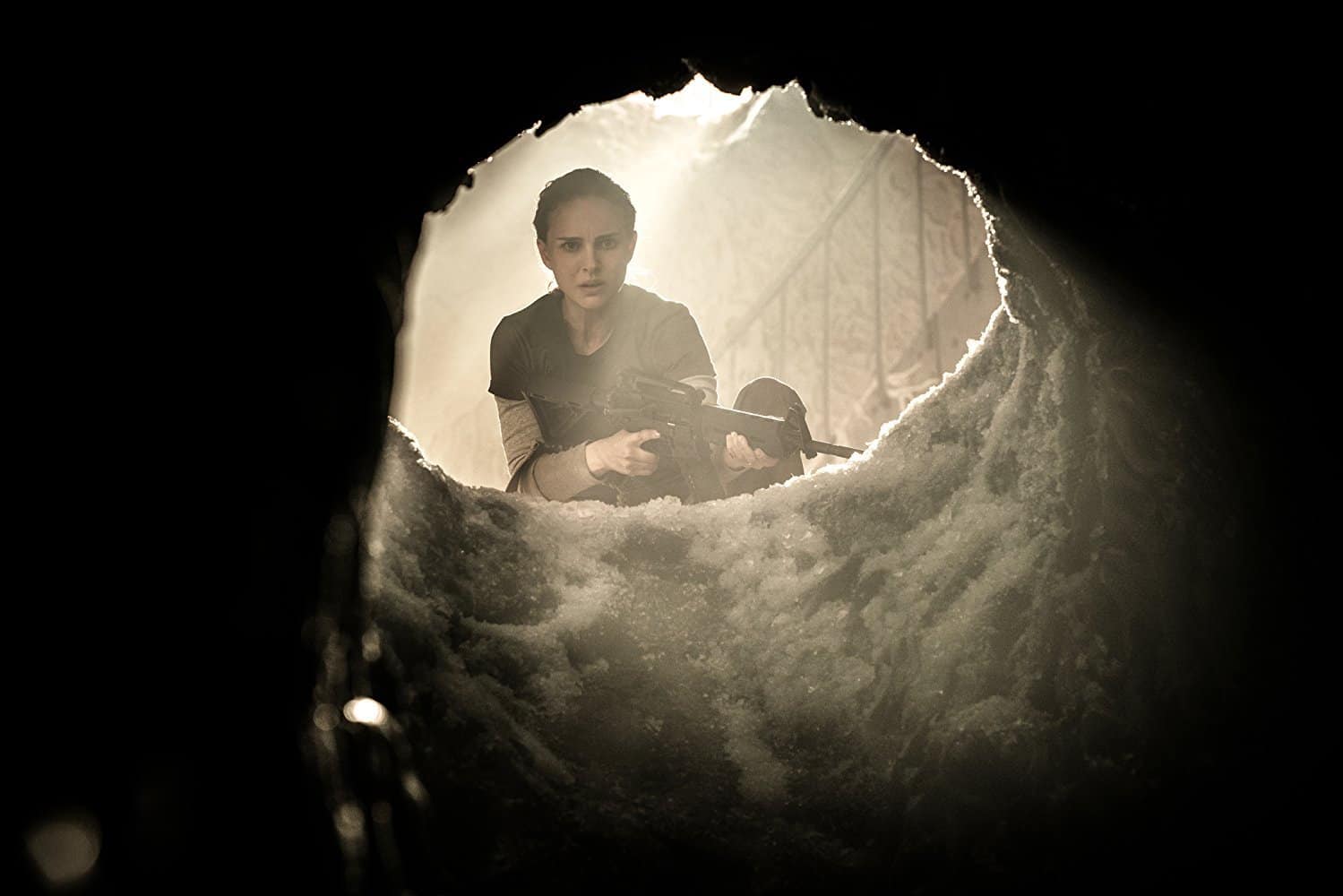 RELEVANT Roundtable is when we ask our slate of culture writers a question and compile their responses. This week’s question: Which movie or show from this year would you consider underappreciated?

Josh Pease: First Reformed is one of those movies critics begged people to see but few actually did, which is a shame, because it’s one of the best movies about Christianity ever made. Starring Ethan Hawke as a priest undergoing a crisis of faith, First Reformed is a grueling, slow-moving movie that asks how it’s possible to be a faithful follower of Jesus when the church seems hell-bent on making the world worse. This isn’t a Hollywood screed against fundamentalism and faith, but a film made by a true believer, wondering how a man of faith can live in a world where the fundamentals no longer matter. If you’re disturbed by an evangelical culture in which care for the “least of these” has taken a backseat to political idolatry, this film won’t necessarily make you feel better … but you’ll feel less alone.

Seth Tower Hurd: Oscar-nominated writer/director Taylor Sheridan has a deep resume (Sicario, Hell or High Water, Wind River), but general recognition hasn’t caught up with his talent yet. Sheridan’s latest creation is Yellowstone, a family drama set on the largest ranch in Montana that sits well alongside the best of basic cable, like Breaking Bad and The Americans. Thematically, season one deals with everything from childhood trauma to affordable housing, and Sheridan continues his trend of creating relatable characters from arenas often pushed to the pop-culture margins. In addition to showing the struggle of Americans working in agriculture, Sheridan worked with Crow Nation Tribal Chairman AJ Not Afraid to bring an accurate portrayal to the lives of Native Americans.

Joy Netanya Thompson: I don’t think I know anyone who watched PBS’s springtime Little Women miniseries, but the world of Louisa May Alcott’s March family is one where I always love to spend time. While the 1994 film starring Winona Ryder (Jo), Susan Sarandon (Marmee) and a tiny Kirsten Dunst (Amy) holds a dear place in my heart, this iteration had a lovely, simple and even ethereal quality. The casting was fantastic—high praise from someone raised on Christian Bale’s Laurie—with Maya Hawke’s turn as Jo achieving exactly what you want for such a complex character. And the miniseries format allowed the writers to mine some of the deeper dialogue and themes from Alcott’s book. Even the music is gorgeous. Bonus: It’s now airing on Amazon Prime!

Tyler Huckabee: Annihilation didn’t fly quite as low under the radar as some of the suggestions from my distinguished colleagues here, but it flopped theatrically and was offered up in lots of thinkpieces as emblematic of “The Death of the Mid-Budget Movie For Adults.” That’s a shame. I don’t think Annihilation was my favorite movie of the year, but it was definitely the one that stuck with me the longest. Natalie Portman stars as a biologist on a team sent to explore the “Shimmer,” a bizarre ecosystem that’s popped up out of nowhere on Earth. The premise doesn’t sound hugely different from a million other sci-fi baubles, but Annihilation is the sort of weird, challenging thriller people are always saying Hollywood doesn’t make anymore, a twisty psychological puzzle in which the splashiest set pieces are really just catalysts to explore the disconcerting unraveling of our heroes’ mental and emotional states.

Travis Roberts: Am I allowed to say Hot Ones? I’m going to say Hot Ones. It didn’t come out this year, and it’s only on YouTube, but it aired this year and it’s technically a show! This is hands-down one of the best celebrity interview shows on the market. The guests eat increasingly spicy chicken wings while the host, Sean Evans, peppers them (sorry) with detailed, well-researched questions. There’s something about the gimmick that brings the show to a really special place, and Evans is consistently called out by his guests for being a meticulous interviewer. At a certain point, the spice overwhelms the typical celebrity-interview defenses, and you get to see them at their most human. It’s refreshing for us, torture for them. Is that irony?

Jon Negroni: One of the best animated shows in years came out in September, but you wouldn’t know it from the marketing (or lack thereof). The Dragon Prince is a whirlwind fantasy series that blends the best elements of Avatar: The Last Airbender with blockbuster video games like Dragon Age: Inquisition. Set in a distinctly post-modern medieval setting, the story (from Last Airbender writer Aaron Ehasz) follows a war between elves and humans that reaches its boiling point when two brothers and an elvish assassin join forces to protect a mystical dragon egg, which may be the key to achieving peace for the first time in centuries. The action is epic, every frame is gorgeously rendered and the characters are irresistible to root for in what has so far been a show-stopping journey. It’s no wonder Netflix almost immediately asked for a second season.

Tyler Daswick: Nothing made me send more “you have to see this” texts in 2018 than James Acaster’s Repertoire. It’s a slate of four standup comedy specials made to be watched like a TV miniseries, with each special building off of and responding to the ones before it. I’ve never seen anything like it, and though the sheer novelty of the structure makes it an easy recommendation, all the better that Acaster makes each hour illogically funny. He brings absurd physicality, clever zingers, multiple on-point musical cues, stellar prop work and genuine heart to create one of the most engaging and multifaceted acts of this year or any year. Repertoire is hilarious, and the last hour’s final 30 seconds will make you want to start the whole thing over again at once. My jaw was on the floor. It’s just that dang good.

Matt Conner: I’d blame Hulu for its lack of any awards-season push, but clearly The Handmaid’s Tale undoes every such argument. Instead, The Looming Tower, a 10-episode miniseries based on a late ’90s rivalry in the intelligence community (FBI v. CIA), has been relegated to “oh, yeah, that one” status for reasons beyond me. Not only is the story timely and important (how the lack of resource sharing and teamwork likely helped Osama bin Laden and Al Qaeda carry out the 9/11 terror attacks), but the production itself is top notch. Actors like Peter Sarsgaard, Tahar Raham, Jeff Daniels and Wrenn Schmidt should also merit award consideration. If you love a show like Homeland, consider this more compelling series rooted in recent American history.

In a Big Victory for Planned Parenthood, the Supreme Court Declined to Hear a ‘Defunding’ Case