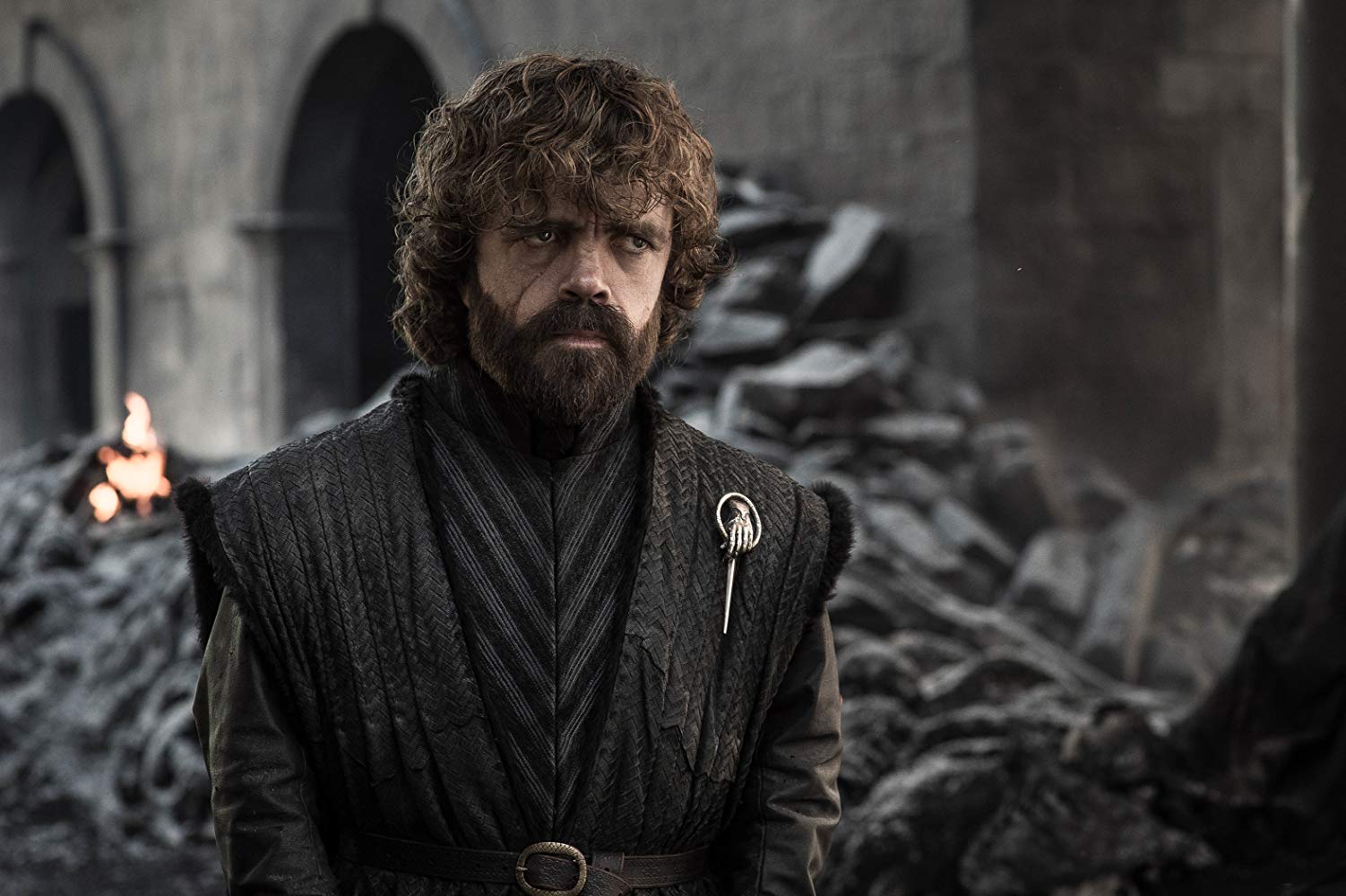 Be it the immediacy of social media discourse, the reactionary nature of the internet or the surf-the-tsunami approach many people take to watching way too many TV shows, series finales as a whole are given too much weight in modern popular culture. Endings don’t define a series’ overall quality, and they shouldn’t, because television’s long-form storytelling asks you to consider the journey of a show more than a destination.

That makes evaluating Game of Thrones’ series finale Sunday night feel somewhat frivolous, and yet the way people received the episode — and this final season as a whole — is indicative of both how the show urged people to engage with it and how people chose to engage with it. Game of Thrones, as imagined by its television adapters, was never the show people thought it was. When that truth clarified over the past six weeks, the resulting tension felt like a betrayal, and thanks to a cultural environment that kills nuance, the legacy of one of the most significant shows of this generation is in jeopardy.

*SPOILERS FOR GAME OF THRONES BELOW*

Taken on its own, the finale wasn’t a strong episode. The climax came early when Jon Snow killed Daenerys Targaryen, but this rendered the final two acts plodding, somewhat inert and oddly boring. The series’ remaining major players held a council to choose the new ruler of the Seven Kingdoms, and in a scene that will likely rile up fans from now to the end of the age, they landed on Bran Stark, a choice that makes sense on-paper but isn’t narratively satisfying in the context of a show that’s largely ignored him for years.

The final scenes constituted finale tentpoles like theme-music reprises and where-they-are-now montages, and while these were sort of satisfying, their stunted build-up made them feel perfunctory, too. The show’s cast and its musical score did a lot of heavy lifting in these final moments to communicate the emotional closure the writing didn’t, and while they succeeded in part, the episode as a whole was symptomatic of the same problems that have infected Thrones‘ entire endgame.

The details of the finale feel correct — each character’s final position is right for them — but the presentation of those details was a wreck, and it seems that way because of a tension that’s emerged between what fans expect from Game of Thrones and what showrunners David Benioff and D.B. Weiss chose to offer.

In the early seasons of Thrones, Benioff and Weiss established themselves as master adapters of George R.R. Martin’s novels. As writers, they thrive with dialogue, and that made Thrones’ myriad scenes of political diplomacy, sociological theorizing and verbal dueling as crackly as any battle. Talking, in other words, was the show’s greatest strength, but this wasn’t the strength that was communicated to viewers.

Instead of being a show about — in the public consciousness — political intrigue, Thrones became a show about shocking deaths. There are a number of reasons for this: clickbait, social media’s distillation of criticism, meme culture and reaction videos, to name some. The internet de-incentivizes thoughtful commentary and buries nuance in a pile of virality, so Thrones fans began to think of the show as the one that scandalized them, even if they could appreciate its finer points. This sort of consensus creates an expectation, and as TV has proven time and again, those expectations can become misaligned with what a show is actually doing.

When Thrones extended past its source material, it became the show Benioff and Weiss wanted to make and not the show fans (or even Martin himself, it’s worth wondering) wanted to watch. At its best, Thrones‘ subversion of fantasy tropes and dispassion toward its characters was paradoxically satisfying, because that chaos felt reflective. The real world doesn’t always reward nobility and punish evil, and that raises questions for pretty much everyone about how to live in that world. Do you break the wheel? Do you use chaos as a ladder? Do you hold true to your idealized view of the world even when your brothers stab you in the back? Game of Thrones’ best episodes leveraged the power of fantasy world-building to explore how people navigate a world without rules. That spoke to the public.

But in the show’s endgame, Benioff and Weiss diverted from Martin’s clarified worldview and patient character work. Their first mistake was asking for just 13 episodes when HBO was offering them infinite TV airspace, a move that seems to be more motivated by the showrunners wanting out fast than wanting to do this thing right.

Subsequent mistakes piled up from there, with the too-short timeline leading to accelerated character development, convenient plot mechanics, incessant hand-waving and an imbalance of attention. Cersei, the show’s best character, was only onscreen for 25 minutes for all of season eight. Bran, the show’s ultimate “victor,” might have had less dialogue than her. Dany’s heel turn, a long-anticipated move, happened before it had time to feel natural, and other beloved characters, like Jaime and Arya, saw so many emotional reversals their once-definable arcs felt contrived in service of placing everyone where they needed to be for the ending to “work.”

Benioff and Weiss’ definition of success looks different than their audience’s, though, and both groups might be on a different wavelength than what truly made Thrones great. Benioff and Weiss sought a narratively tidy ending, one that delivered everything fans were expecting in a manner that kept the mechanisms of those happenings as simple as possible. Their approach was too simple, because fans wanted a) to be rewarded and b) to be shocked. That’s a tough balance, but not unattainable. It just asks for more thought, care and time that the showrunners cared to write into the story. Hence the lack of reward most people are feeling, and with that the lack of shock.

But both the showrunners and the fans might be misunderstanding Thrones’ mode of operations. Benioff and Weiss shrunk the world and simplified the characters, robbing their show of the complexity that gave it acclaim, and in waiting for the jaw-dropping moments the internet taught them to covet, fans forgot Thrones hadn’t delivered a true “shocking death” in years, and only in watching this season’s contrived set pieces did the realize those moments worked in the past because they were built on the foundation of all those “two people in a room talking” scenes.

As much as the Game of Thrones finale was a failure of storytelling, it was also a failure of expectations. Both the writers and fans assigned tasks to the show and each other that couldn’t be kept, and that made for an inevitable sense of dissatisfaction on all accounts. Benioff and Weiss seem worn out. Audiences are mad. The show’s reputation might never recover.

Still, fans of the show shouldn’t feel cheated, or like the episode “ruined” something they loved. Game of Thrones raised the bar of television storytelling in terms of production design, scale and special effects, and for most of its run it delivered fine drama to go with its impressive technical accomplishments. Maybe this was your favorite show on TV or maybe you thought it was a blight on popular culture, but whatever your opinion, defining Thrones by its ending falls into the same trap that doomed the ending in the first place.

One of modern popular culture’s biggest lies tells audiences that to love something they have to like everything about it. Game of Thrones spent years reflecting our broken world’s corrupt systems, for better and worse, and while its final thoughts on that world didn’t feel honest, the response is not to quit on storytelling. We can appreciate what this was, recognize its flaws, then look for another world that captures our collective imagination and inspires us to debate, commiserate, cry and cheer together. Don’t let perfect stand in the way of good. That’s how conditions affect our ability to love.

Trump May Pardon Servicemen Accused or Convicted of War Crimes

Be Careful Out There: Little Caesar’s Is Testing an ‘Impossible’ Pizza With Plant-Based Sausage