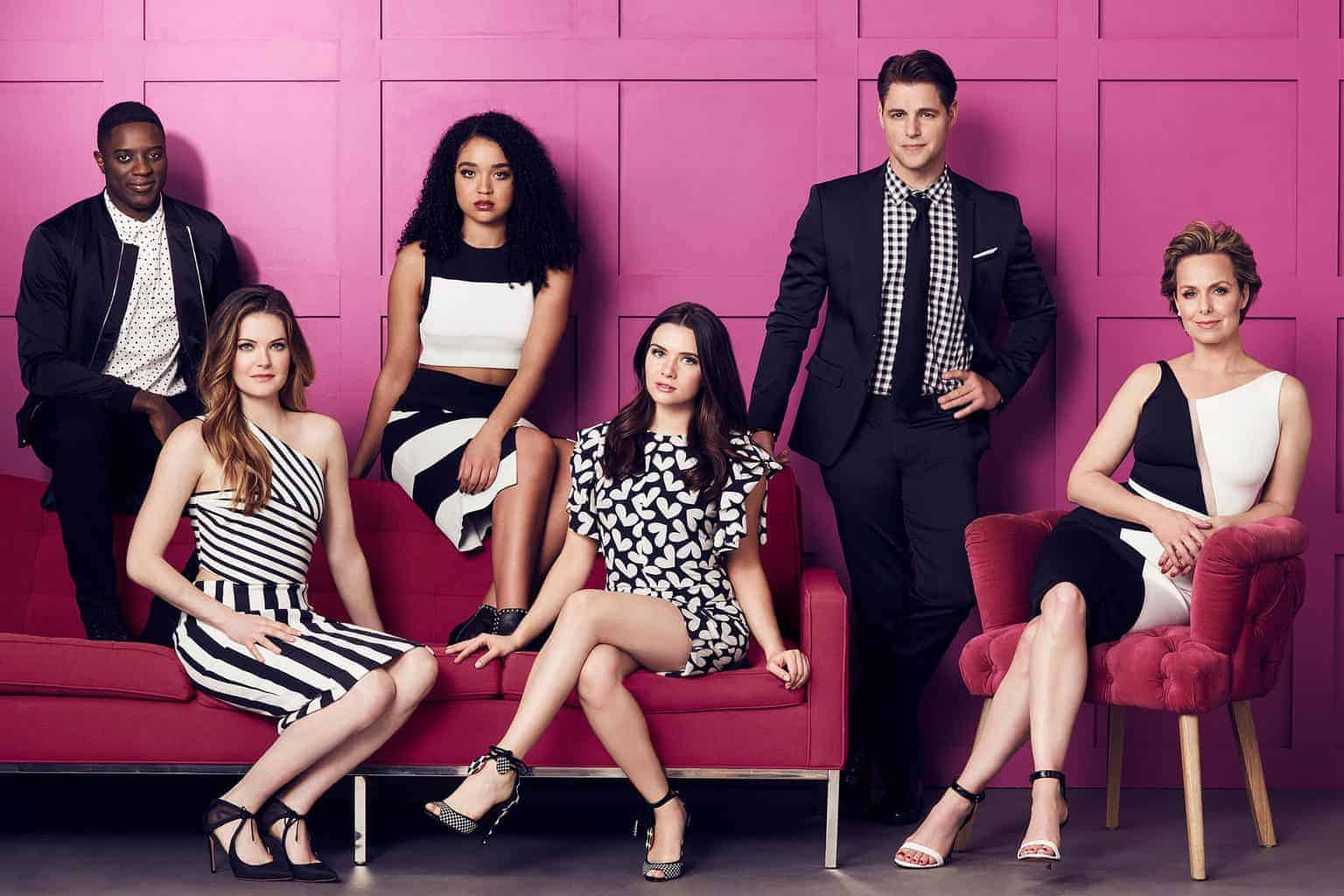 Obama Encourages Women to Get More Involved in Policy, Says Men Have Been ‘Getting on His Nerves’

In 2016, ABC Family changed its name to Freeform to better reflect the content it was creating. In other words, series like Pretty Little Liars and The Fosters were becoming too edgy to live up to the “Family” part of the previous label. Along with the new designation came a slew of new shows, including 2017’s summer hit The Bold Type. The story focuses on the social lives and growing careers of three millennial women working at a Cosmopolitan-esque magazine called Scarlet in New York City. Inspired by (and featuring the occasional cameo from) former Cosmo editor-in-chief and current media giantess Joanna Coles, The Bold Type is the girl-power show cable TV has been craving.

Like many dramas centered around the lives of young women, Bold Type puts a heavy emphasis the romantic lives of its three quirky heroines Kat, Jane and Sutton. But what makes this show most worthwhile is its willingness to dive deeper; it’s constantly tackling heavy issues, and it gives its characters priorities greater than the men (and women, in Kat’s case) in their lives.

The girls are all career-driven and hardworking. They push themselves at Scarlet and make sacrifices in their personal lives to place career before everything else. It’s a view of motivated female characters not often offered on shows aimed at millennial women. Jane, the writer, chooses to leave a glamorous job with her best friends to pursue more hard-hitting topics at a different magazine. Sutton, the fashion prodigy, breaks up with her long-time boyfriend, a board member at the company, because she’s worried people will think she relies on connections over talent for her career advancement.

Bold Type is far from Focus-on-the-Family wholesome, but it’s redeemed because the writers don’t shy away from tackling relevant societal issues. From sexual assault and sexual identity to inherent racism and body acceptance, each episode has a meaning, moral or purpose greater than “another day at the office for these fun girls!” In one notable episode, the writers even tackled the topic of Christianity in a secular dating setting. When Jane goes on a lunch date with a handsome doctor and he prays before the meal, she tries to brush it off and tells her friends it doesn’t bother her. But when the topic of faith comes up for the new couple again, Jane realizes she takes more issue with it than she originally thought.

Jane reveals to Hot-Doctor Ben that throughout her mom’s cancer fight, she prayed that God would heal her. After her mom passes away, Jane renounced that God is good. The couple’s diplomatic discussion is a welcome change from TV’s usual portrayal of someone struggling with apologetics, and Hot-Doctor Ben counters by saying he wouldn’t be able to be a doctor without the hope God provides.

The “Is God really good?” question isn’t often brought up on TV in a civil setting, but The Bold Type‘s depiction offered two perspectives to viewers. For Christians, Ben’s answer was an example of evangelism in miniature, what to say when presented with skepticism and doubt from those who feel angry with God. For non-Christians, Jane’s realization that she has qualms with God could be a wake-up call to the idea that it might be time to take a second look at who God really is. Imagine the scene from the perspective of someone who has long written off a loving Creator. It could open doors that had been closed a long time.

The show also focuses on the highs and lows of a career calling, something that most romantic-comedy heroines begin with, but relegate to the backseat in favor of love. In The Bold Type, the girls are constantly choosing career over romance, because they’re in love with what they do. They know they’ve worked hard to be where they are, and they’re not about to give it up for the next fling, especially when their friendship among themselves is so strong.

These women support one another through the ups and downs of the workplace. In a recent second-season episode, Jane is fired from a job she took at a savvy internet publication. It would have been easy for the writers to give her another job back at Scarlet for the sake of story, but for the next few episodes, Jane struggles to make rent as she works through the pangs of unemployment and job searching. It’s a real picture of young life in a job market where things change faster than the outfits of award-show hosts. We can appreciate this glimpse into an unfabulous truth because immediately giving Jane another sought-after job is nothing but unrealistic. It’s starkly different from the cringe-worthy choices made in other shows, too. Anyone remember Make It Or Break It, the ABC Family gymnastics series? In that show, one Olympic-bound character gave up their sport to run off with a boy and have a baby. Yeah, I try to forget that, too.

The Bold Type uses Freeform’s new creative license to expand its scope beyond the “25 Days of Christmas” into rare territory for TV dramas. Don’t get me wrong, the show is silly, and it presents a Christian audience with a few qualms, but overall, what could have turned into the next Pretty Little Liars—a cringe-worthy story with an unexplainable cult following—instead stays on the forefront of social issues and presents alternative views to some of millennial women’s most pressing questions. It’s another step in the right direction for female-centered television. It has courage for tackling issues that matter, in a time that matters almost even more.

The Bold Type opens dialogue, provides multiple perspectives and is relatable when it could have gone downright unrealistic (As long as you can take Jan Levinson-Gould seriously in a girl-boss roll. It takes time, but you’ll get there. Trust me.).