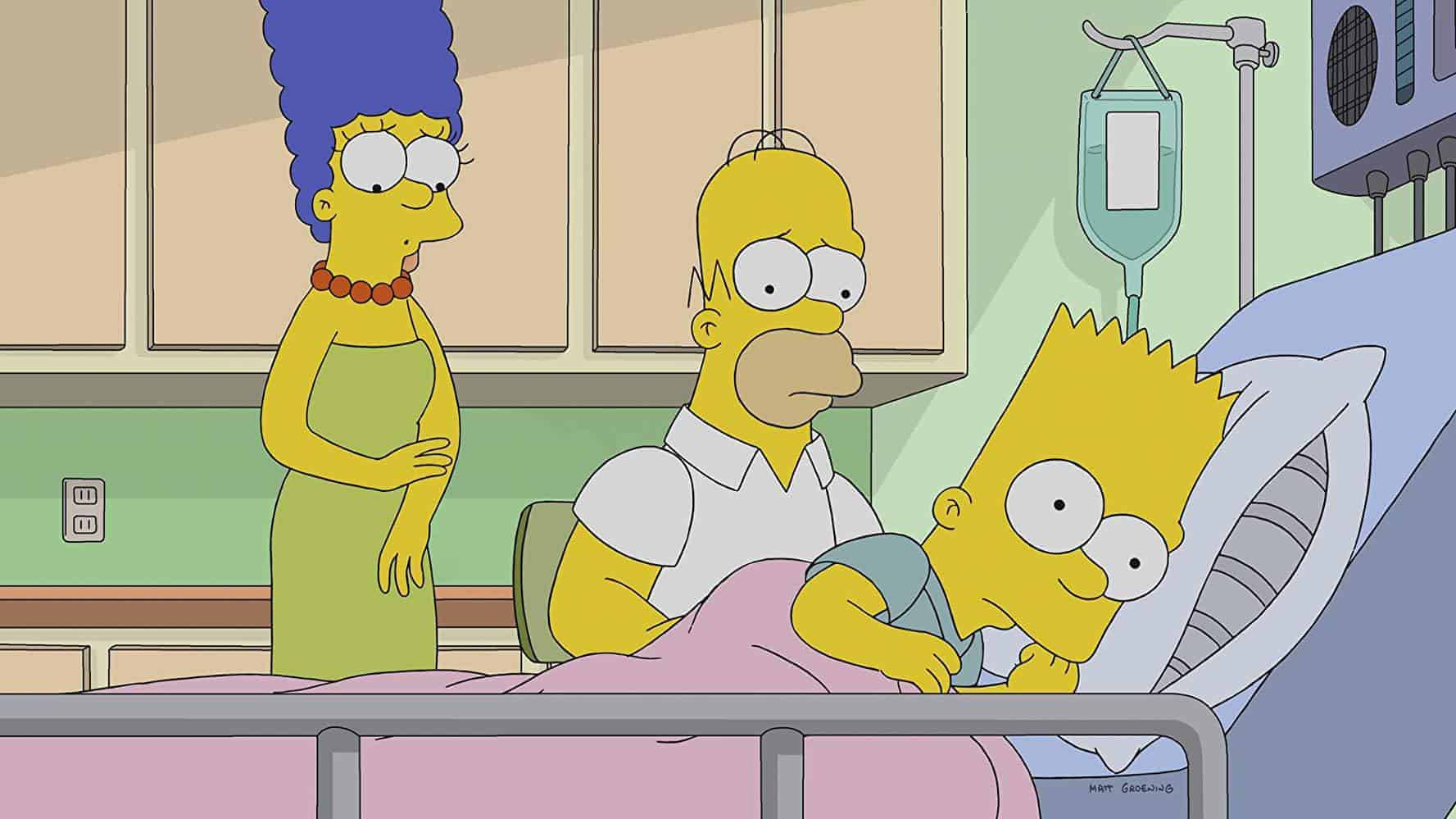 Declaring faith-based movies as subpar has become a Default Smart Opinion among Christian millennials, an easy way to declare yourself “not one of those believers.” But “takedowns” of for-profit faith movies like God’s Not Dead and Heaven Is For Real often don’t make an impact or feel substantial because they aren’t aiming at the right target. This isn’t a movie problem. It’s a people problem.

The Simpsons made this exact point in its 30th season premiere last night, “Bart’s Not Dead.” In the episode, Bart takes a dare to jump off the top of a dam and ends up in the hospital. When Marge asks him why he would do such a thing, Bart makes up a story about going to heaven while he was unconscious: “It was joyful, loud, harps, Abe Lincoln!” (Homer: “Were there any other presidents?” Bart: “No.” Homer: “It really was heaven!”)

The story attracts national media attention, and soon the Simpson household is beset upon by a trio of Christian movie producers (they boast acclaim for movies like “Crazy Rich Aslans,” “There’s Something About Mary Magdalene” and “Where’s God When I Feel Tingly?”). The episode’s comedy angle emerges almost at once. When the producers voice a bit of skepticism to Homer, he retorts that he can’t believe they would doubt the word of God, and the trio backpedals at once. It’s not about the truth to these guys; it’s about looking Christian.

It’s a funny look at the way Christians run from doubt (as Homer puts it to his wife: “You have to believe him, Marge. It’s a deathbed confession”), but it’s also a clever gateway to jokes about the pandering that’s injected into the heart of these movies (the “youth market” promotional materials of the episode’s fictional movie bear the title: “The Lord Is My Skateboard”). The best moment of the episode might be when Bart, upon meeting the Christian producers, assumes all their revenue is donated to charity. The three men tug at their collars. The joke is that there is no joke.

There are further gags, like the fake movie’s sappy come-to-Jesus musical number or its clear lack of a budget, but the approach of “Bart’s Not Dead” is notable for how the criticism comes at the expense of the producers rather than the fake movie it centers around. Like those Default Smart Opinions, there’s nothing surprising or unexpected about calling out a Christian movie as bad. However, there is effect in calling out Christians themselves. That’s where the episode succeeds most, and you wish there was more room for that angle aside from the lean 20 minutes here.

For faithful Simpsons fans (meant in the Christian sense), a concern with an episode like this would be that the jokes set their sights on Christianity as a core belief system, and while the episode is shrewd to never do that, it’s harshest joke veers close to that lane. In the fake movie, Bart encounters Jesus in heaven, and after some questions from Bart pertaining to how he should share his story, Movie Jesus replies: “And if they doubt you, viciously attack their character!” It’s funny in an eyebrow-raising, fist-to-your-mouth way. Ooh.

What “Bart’s Not Dead” comes close to saying, but never quite speaks aloud, is how faith movies are often positioned as battle points among Christians. To see them is to issue a statement of belief, a sort of “vote with your money” idea that equates watching God’s Not Dead with some kind of moral correctness, especially if you saw it over a non-faith movie like The Predator or The Nun. The greater message at work in this segment of Christian culture is that there’s some sort of taste or behavior that’s righteous or holy, and falling in line with that means you’re a “real Christian.” In this episode, the Christian characters flee from any perception that they are anything but buttoned-up, clean-as-a-whistle churchgoers. The jokes at their expense are funny because we know, despite these guys’ “prayerful” approach to moviemaking, they’re anything but what they say they are.

The Simpsons doesn’t go this far, and we shouldn’t expect it to, but “Bart’s Not Dead” somewhat affirms the idea that genuine belief and honest faith are marked by a little dirt. The guys in the three-piece suits are subjects for mockery because they make mockeries of their own identity as Christians. The real credit here should be paid to Ned Flanders, the guy who, even with his eye-rolling shuckster schtick, is always who he claims to be.

“Bart’s Not Dead” ends with a fake title card declaring it a “Homer Simpson/Stupid Flanders” production. It’s a classic Simpsons joke, and maybe not a great one, but it communicates how even on a completely “secular” show like The Simpsons, people can still see the truth despite all the showmanship. In God’s Not Dead, the central story isn’t the only thing you should doubt. In fact, it might be the least of your worries.

So What Exactly Is Kanye West’s Deal With the 13th Amendment?