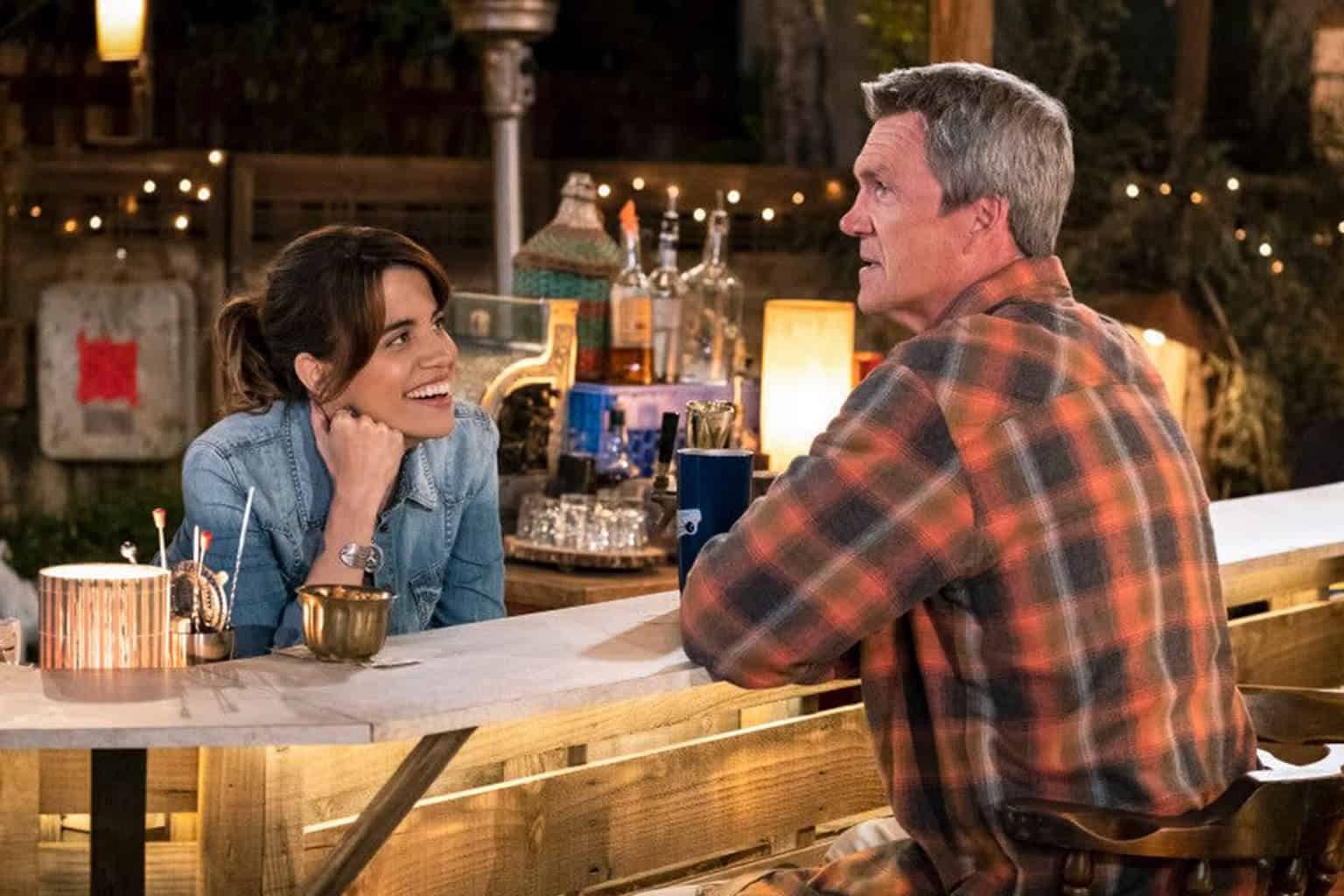 Your television is furniture. Though it’s evolved a lot since the boxy wooden centerpieces of 1969, it still functions like something you situate yourself around, whether it’s a laptop at your desk or a tablet in bed or on a wall in front of your couch.

TV’s involved storytelling and the sedentary way we engage with it make it something we still, perhaps subconsciously, connect with being at home. In that context, Abby’s—NBC’s new sitcom from New Girl’s Josh Malmuth and Parks and Rec’s Mike Schur—is a classical TV show in every sense. It feels familiar. You’ll probably like it.

Though anyone and everyone in the entertainment industry is investing in original programming, the most popular TV shows are still the ones we used to love: Friends and The Office on Netflix, Bob’s Burgers and Seinfeld on Hulu or any of the classic HBO dramas on Amazon. There’s plenty of innovation in TV, but the primary appeal of these advances are the avenues to the classics. It’s like going to a new restaurant and ordering the macaroni and cheese your mom made. (The best part? They give it to you!)

So to call a show “old-fashioned” isn’t a turn-off for viewers in the slightest, and that’s why Abby’s can premiere in 2019 and find a niche. This show applies only minor tweaks to the multi-cam comedy tradition. It’s filmed in front of a live outdoor audience. It has a diverse cast of knowable archetypes. The laughs are as telegraphed as a ball hit off a tee (though still funny) and everyone learns a lesson after 20 minutes. The final fadeout of each episode feels deep-sigh satisfying, like being tucked into bed.

Even Abby’s premise is classical. It’s set around a bar, this one being the titular Abby’s, owned by the titular character and run out of her backyard. Abby’s is populated by a Cheers-esque crowd of regulars: rumpled father-figure Fred, hardened (and neglectful?) mother Beth, hapless landlord Bill and slacker/goofball James. You’ll know them all for years as soon as you see them. They’re a little different than the Carlas, Cliffs and Norms you befriended in the 80s and 90s, but they’re definite successors. That’s alright around here.

Abby’s is most indebted to NBC’s bar-set classic, however, for the feeling it strives to evoke: routine. Even more than something like The Office, Cheers conjured the irreplicable TV feeling of seeing old friends again. Every episode of that show was another trip back to the bar, and before long it was such a familiar place that you were heralding Norm’s arrival and rolling your eyes at Sam and Diane’s bickering right along with everyone else. Watching Cheers was like going to Cheers: It was a reprieve. It was relaxing. Your relationship to it was very simple and undemanding.

Of course, situational comedies in the decades after Cheers would become much more complex and complicated. Barry is engaging with intense violence meditations on HBO, Atlanta is exploring the guilt of upward mobility on FX and BoJack Horseman is just as concerned with broken human nature as it is scoring a laugh. These shows are terrific, but they deny the comforting feeling of the Cheers bar, and it’s easy to become homesick for that feeling amid all the fraught morality debates we have on TV now.

Which is why, even if it does feel like something you’ve seen before, Abby’s is totally welcome and satisfying. It’s TV as the least-demanding thing in your house again. It’s apolitical and broad and it’s for you. The episodes root themselves in simple conflicts related to friends learning how to be better friends, and the bar is the catalyst for their growth. When it comes time for a Very Special Episode, that’s earned and OK, because this is a safe space.

That’s the through-line of most shows we hold dear to us in this generation: They feel safe. The Office and Parks and Recreation create the Cheers experience amid the cynicism of the modern workplace and local government. Friends and Gilmore Girls create the Cheers experience for the intimacy you feel with their larger-than-life characters. Seinfeld? Well, sometimes a laugh is comfort enough on its own.

The pervasiveness of shows like Abby’s is not accidental. We choose them because their security helps us feel stable and understood in a time of instability and uncertainty. Isn’t it nice that, no matter who’s shouting at each other on cable news or what kind of ideological fight you’re in with your loved ones, you have somewhere to go where everyone knows your name? They know you at Abby’s, and you know them, so have a seat and stay a while.