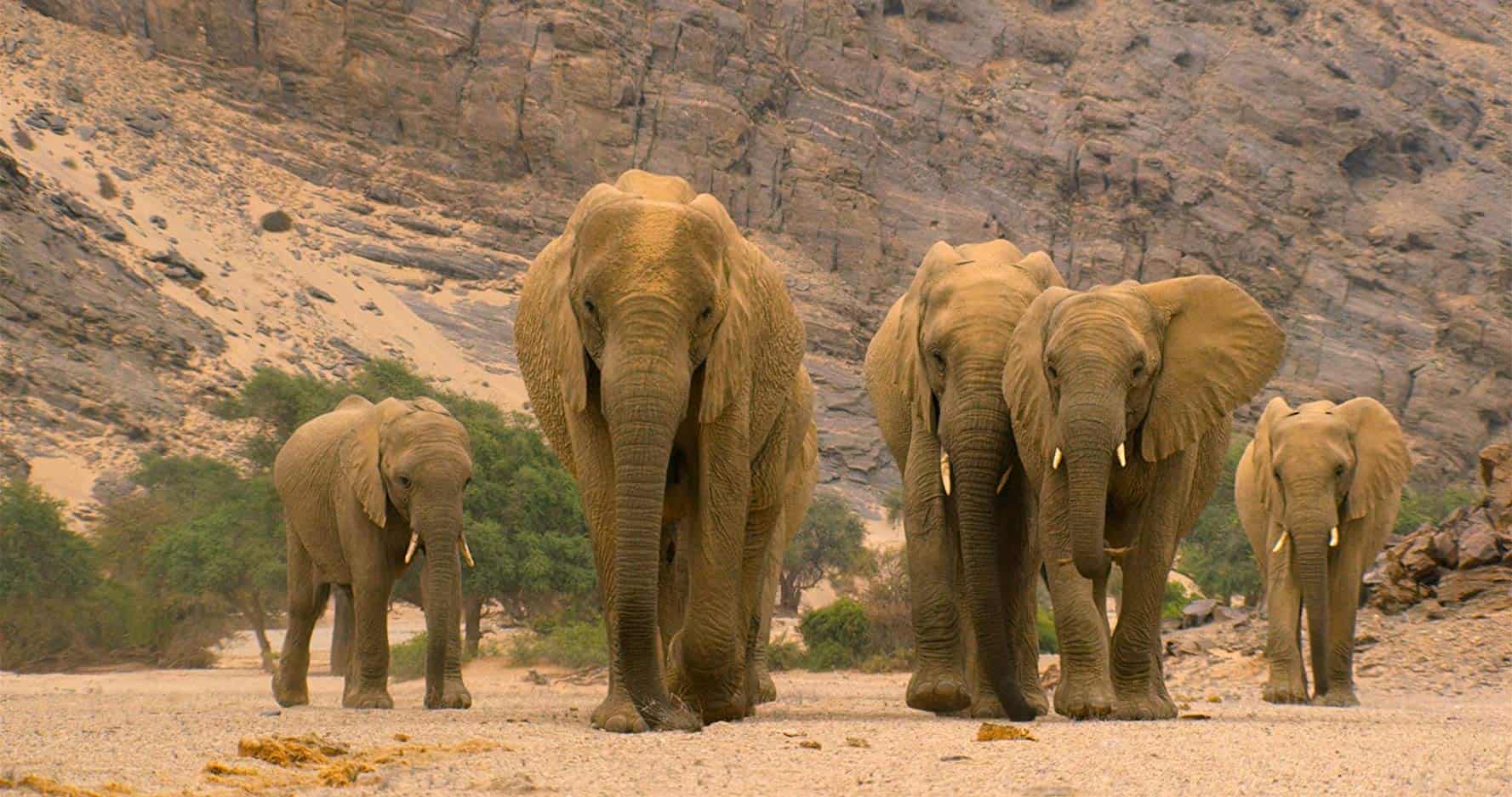 Nothing’s more relaxing than a nature show. They feel so distal. Especially as series like Cosmos and Planet Earth integrate more technology into their production and the footage becomes more remarkable for it, nature documentaries tend to seem less about our actual world and more about something alien and strange and far away. Our Planet is different. Even when it explores light-less ocean trenches and never-disturbed African deserts, it feels close to home, sometimes in uncomfortable ways. This makes it not just distinct from other nature series, but better.

Fans of Planet Earth, in particular, will find a lot to like about Our Planet. Master narrator David Attenborough is here, too, once again the chipper voiceover for every chase between predator and prey, every overhead shot of migrating birds and every slow pan up to the Amazon treetops. Our Planet, like the best nature shows, roots every scene in conflict, whether it’s between rival members of a food chain, a pair of possible mates or a harsh environment and its intrepid inhabitants.

The distinction comes when Our Planet involves the viewer in the conflict. Time and again, incessantly and with conviction, the series spins almost every break-taking sequence into a warning about how climate change has affected it, is affecting it or will affect it. It’s disruptive on purpose. Every beautiful sight has a catch.

That means the cliches about Our Planet being good for stoners or your grandparents or the background of a doctor’s office don’t apply. This is an active nature doc. It makes things as serene-seeming as a kingfisher diving into a freshwater stream tense and fragile: It might not be like this for long. Everything on the screen seems vulnerable, even the mighty elephants, and everything seems to be disappearing, even the millions of coastal-sea anchovies. It’s all gorgeous, but the beauty is balanced—even intensified—by projections, statistics and warnings.

For some people, this call to action (which is often literal, thanks to Attenborough’s narration) might be reason to turn off the show. Challenge yourself to stay engaged. For one thing, Our Planet has some of the most thrilling photography yet seen in a program like this. For another thing, it doesn’t leverage that call to action in a manipulative sense. This is not an “adopt a pet” commercial with a sappy song underneath. You aren’t seeing sea otters covered in oil or dolphins with plastic around their noses. Everything here is kept au natural, and when that beauty is paired with a more somber note about, say, the dwindling number of American buffalo or Arctic krill, it makes the life you’re watching feel precious and special.

It’s not all doom and gloom, either. In fact, parts of Our Planet strike an inspiring note in service of its mission statement. A series high point devotes a segment to blue whales, and while these seem like easy targets for “save the whales” street-corner proselytizing, Our Planet instead uses the moment to highlight the ways the blue whale population has recovered worldwide.

It’s an important element, because it means Our Planet isn’t just wagging its finger, but rather setting a template for progress against climate change. Hearing about the recovery of the blue whale population or preservation efforts on the African grasslands shows you there’s a way forward, and while the series is careful to remind the viewer it will take a collective effort to restore, say, the coral reefs of the southern hemisphere, the imagery is its own fire starter.

Our Planet compels you to engage with capital-C Creation in a way that’s both appreciative and action-oriented. You have to marvel at what you’re seeing (truly, there’s indescribable stuff here) but you also have to act on it, and that gives the series a glorifying potential that’s uncommon in non-fiction television. Whether it’s true crime, sports documentaries, nature shows or current-events explainers, non-scripted series rarely combine purpose with narrative this effectively. Our Planet does, and your response matters.

This isn’t a slideshow; it’s an invitation to be a steward of Creation in every biblical and extra-biblical sense. Our Planet is dark, yet illuminating. What you’re watching is too awe-inspiring not to protect.