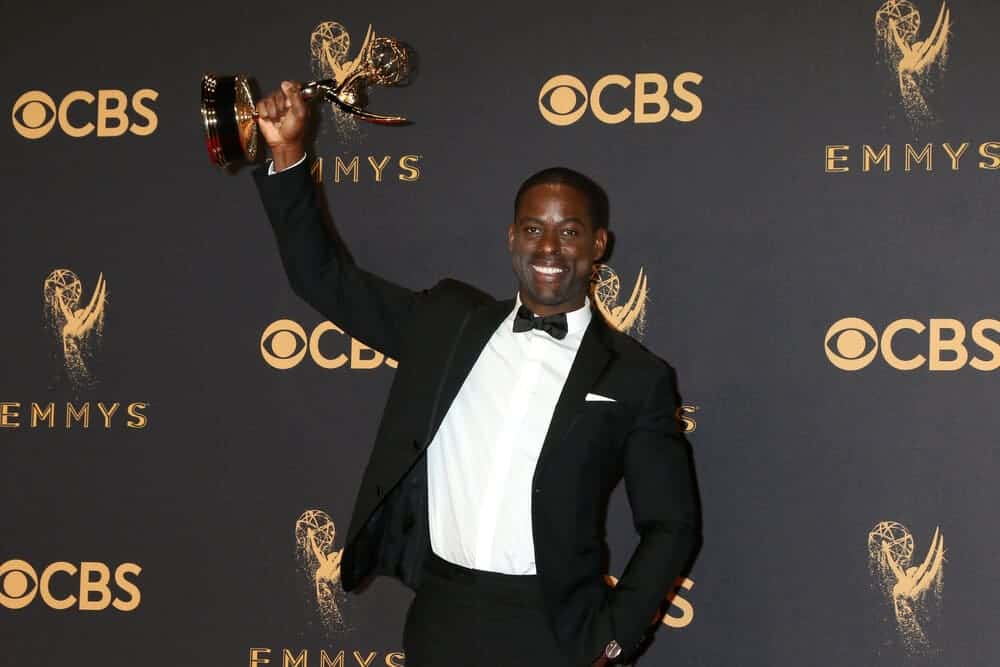 The 2018 Emmy Awards sit inside a strained TV moment, in which an old guard of acclaimed shows are clinging to life while a new guard scraps upward to take their spot in the landscape of prestigious television. The winners at this year’s ceremony should serve as a temperature check for where the ceremony wants to go from here, and how long it will take to adapt to these bolder, more experimental TV times.

Here are our selections for what should bring home the hardware at this year’s Emmys, as well as where we think the trophies will end up when the final curtain falls.

Will Win: The Handmaid’s Tale
Should Win: The Americans. While Handmaid’s remains an easy and vogue pick for repeating as Best Drama Series champ, The Americans was a masterclass in television drama for the better part of this decade, and it’s never won the award. While much more old-fashioned in its stylings than Handmaid’s, The Americans features a pair of performances that rival that of Elisabeth Moss’ throat-punching turn in that other show. Call this a legacy pick, or a courtesy pick, or whatever, but The Americans was near-perfect in its final run. This year, it was just plain better than Handmaid‘s, or Westworld, or This Is Us.

Will Win: Atlanta
Should Win: Atlanta. The best show on TV continued to surprise, delight, horrify and astound with its second go-around this year. The more conventional comedic beats of The Marvelous Mrs. Maisel will pose a tough fight, and HBO’s Barry will challenge it in the experimental regard, but let’s not be cute here: Atlanta is doing things no other show is doing, and its season highlight, the unforgettable “Teddy Perkins,” is still the best episode of 2018—any series, any genre.

Best Actor/Actress in a Drama Series

Will Win: Sterling K. Brown, This Is Us/Elisabeth Moss, Handmaid’s Tale
Should Win: Matthew Rhys, The Americans/Keri Russell, The Americans. Everyone’s favorite Soviet spy duo is up against a pair of heavyweights even amid some deep categories. Jeffrey Wright is a worthy popcorn pick as the best part of Westworld and Best Actress is dense with nominees, from Sandra Oh’s historic (and deserving) Killing Eve honor to Claire Foy’s turn on The Crown. While you’d love to see Rhys and Russell take home the hardware for their pantheon-quality performances as the Jennings’, bet on the favorites here. Brown and Moss are two of the finest of their generation, and they’re both defending champs.

Best Actor/Actress in a Comedy Series

Will Win: Bill Hader, Barry/Rachel Brosnahan, The Marvelous Mrs. Maisel
Should Win: Bill Hader, Barry/Rachel Brosnahan, The Marvelous Mrs. Maisel. Yep, Hader over Donald Glover’s “Teddy Perkins” turn is a minor upset, but the narrative is running in the SNL alumnus’ favor. Barry is a total revelation for Hader as an actor. He turns to gears we didn’t even know he had, and this is a guy who dominated SNL. They’ll give his freshness the nod over Glover’s auteurism, even if he was amazing in “Perkins.” Meanwhile, Brosnahan should stave off challengers like Issa Rae and Pamela Adlon to walk to another trophy for Maisel. It’s a tremendous part and she owns it.

Will Win: Matt Smith, The Crown/Ann Dowd, The Handmaid’s Tale
Should Win: David Harbour, Stranger Things/Lena Headey, Game of Thrones. When it comes to blockbuster fare, the best characters are often those who ride in the sidecar, which is why in this category it would be more fun to see Harbour and Headey take home honors instead of the typical Emmy favorites. Harbour, as much credit as you want to give the kids, is the true soul of Stranger Things (he’s especially good opposite Millie Bobby Brown, who’s also nominated), and Headey delivers the best performance amid a talented Thrones cast. Sure, her role on this last season wasn’t as showy as past years, when she was taking walks of shame and reviving Mountains, but the Academy has given out “lifetime achievement” awards before (shoutout Jon Hamm). She deserves credit before the show wraps.

Will Win: Brian Tyree Henry, Atlanta/Kate McKinnon, Saturday Night Live
Should Win: Brian Tyree Henry, Atlanta/Betty Gilpin, GLOW. There’s a tight race in the Supporting Actor category between Henry and Barry’s Henry Winkler (yeah, that one!). The latter is outstanding on his show and could easily rake the trophy, but Brian Tyree Henry’s increased workload on the new Atlanta season could accelerate the momentum that started with this part last year. Paper Boi is one of the most expressive characters on TV, and he wouldn’t work without Henry. Meanwhile, McKinnon is a two-time winner here and a power, but Gilpin is an out-and-out star on GLOW. She’s magnetic, assertive and undeniable. She has to be an audience surrogate for the world of wrestling, but she also carries her own character. This is a complex, dramatic, darkly funny role that elevates what could have easily been a silly wrestling show into one of the most surprising things on TV. Give her the belt!

Here’s How You Can Help the Victims of Hurricane Florence