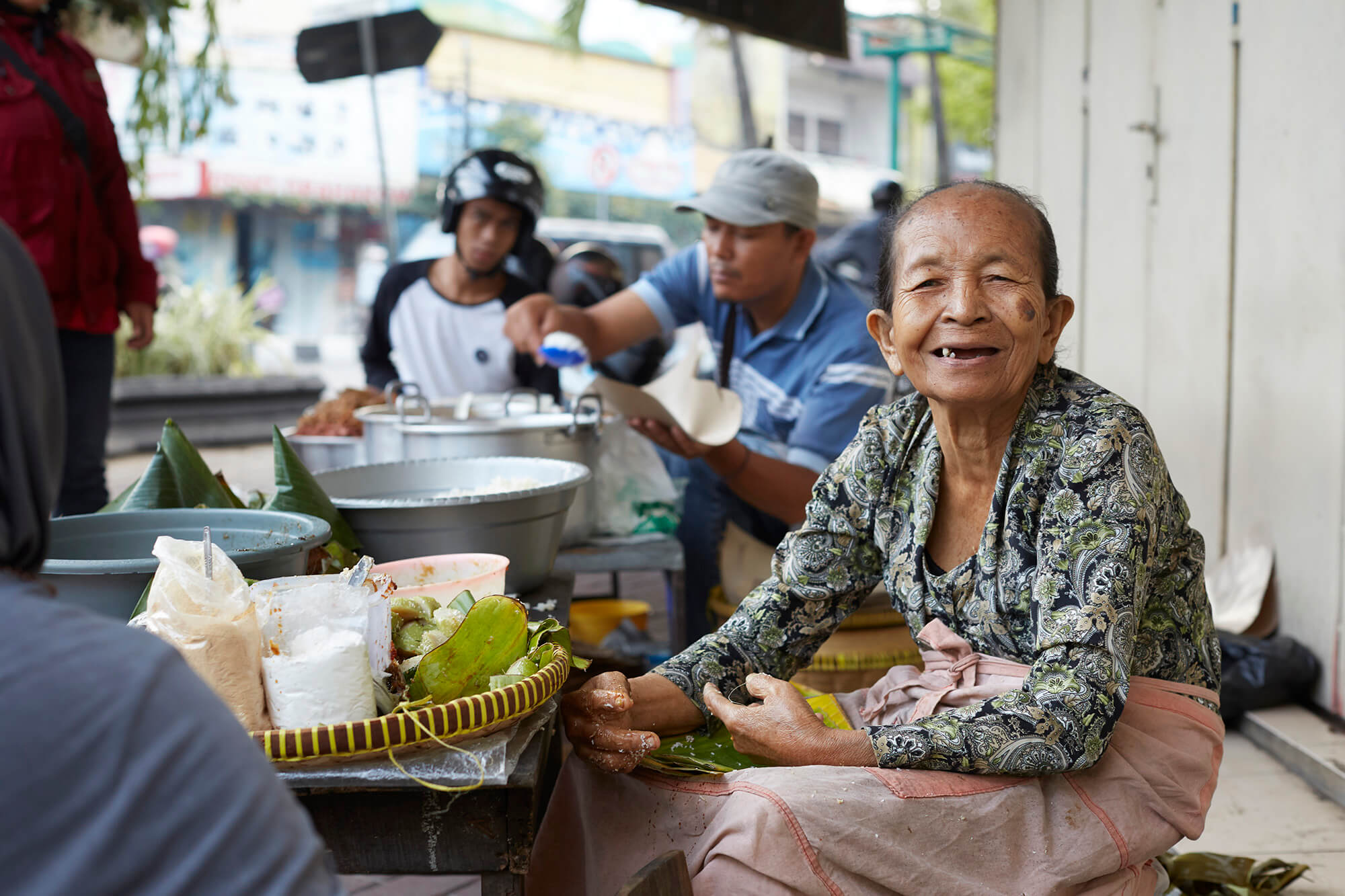 The best meals come without pretensions. Food doesn’t have to be simple, but it should be understandable. That’s why the best dishes surprise you amid that accessibility, like a mac and cheese so good you remember your grandmother’s tablecloth, or a piece of sushi so refined it feels like a reintroduction to fish. Great food television reflects that intersection of intuition and revelation, and that’s embodied in the new Netflix miniseries Street Food, which shows how everyday cuisine becomes more than a grab-and-go mouthful.

In each episode of Street Food, viewers travel to a different city in Asia (future seasons will presumably move to other continents) and meet a group of street vendors elevating and distributing local dishes. This concept could beget a narrow approach—Chef’s Table-style profiles, for example—but Street Food pins each vendor’s signature dish to their native culture. It’s about anthropology as much as food.

The aesthetic here is as beautiful as you would expect from the producers and creators of Chef’s Table, but it’s still true to the cooks’ elbow-grease circumstances. There aren’t any gleaming kitchens or starchy uniforms in Street Food, but there are tons of open flames, tarnished woks, stained casualwear and sweaty foreheads. Cooking is work on this show—you need only watch what goes into Taiwanese “3 day 3 night goat stew” as proof (it involves a burial and a gas mask)—and while the cooks themselves are certainly masters, Street Food always positions them level with their grueling circumstances. There’s nothing glamorous or god-like about these chefs. These are the deacons of delicious food.

In a secondhand way, Street Food reveals the western perception of famous chefs is marked by privilege. Using food to fill a creative outlet is a luxury, and being considered a “celebrity chef” to the degree that you split your time between both aspects of that term is a foreign concept to the people on Street Food. One featured cook has a Michelin star at her little stand. You’d never know. She’s too busy working to promote it.

That means the philosophy of each Street Food cook/chef is fundamentally different than those you might see on Chef’s Table or Mind of a Chef or Top Chef. On those programs, dishes can reflect passions or attitudes, like the simple-pleasure indulgence of Christina Tosi’s Milk Bar or the farm-to-table authenticity of Dan Barber’s Blue Hill at Stone Barns. Food here is the inner self-made manifest, communicated through smell and taste: Here, on this plate, is what’s important to me.

But being as much about local culture as it is individual work, Street Food philosophy is service-centered. One dish might have originated as an effective, tasty way to utilize a region’s natural resources. Another might have been a cost-efficient, low-effort way to feed a massive family (then tons of customers). A third might be time-consuming and work-intensive, but such a pure distillation of the flavors and comforts of a place that it’s legitimate to call it a “socially important” food item. After Street Food, you’ll believe such a thing exists.

True humility isn’t self-denying; it’s self-forgetting. The most remarkable thing about Street Food’s subjects isn’t their craftsmanship or skill or talent—though that’s all here—it’s how it seems it didn’t occur to any of them that they should be in a documentary in the first place. No one’s performing here, and that means this is one of the truest non-fiction TV series you can watch. In western culture, even reality TV is fake. In the cultures on Street Food, real TV is only TV because someone else made it TV. Take the cameras away and nothing changes.

Indulgence is fun every once in a while, but Street Food’s intentionality is deeper in flavor, more nutritious and more satisfying than other glitzy chef-centered programs. It’s never been so rewarding to learn where your food came from. If the best meals come without pretensions, so might the best television.

Chance Has Released a Clip From His Upcoming Album

Study: Climate Change Skeptics Are More Likely to Be Eco-Friendly Than True Believers