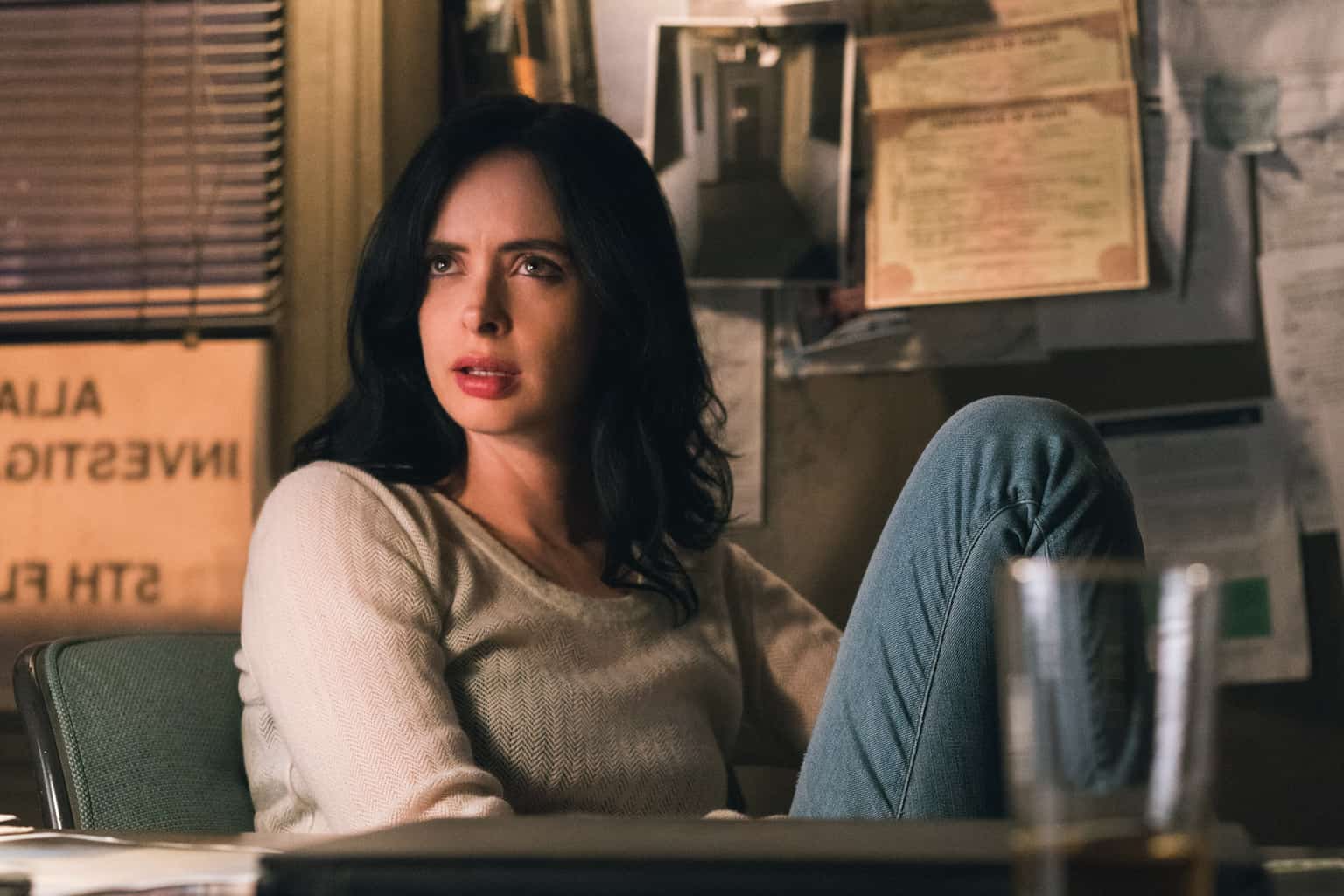 Jessica Jones’ first season persists as the foremost example of how Marvel television is crowd-pleasing but can also be inventive and responsive. It explores a modern issue with force and perceptiveness but also serves up an entertaining, emotional run of TV. Season two of Jessica Jones—out Thursday on Netflix—continues the show’s feminist dialogue, but it does so with less intrigue, creativity and urgency than before.

In a strange way, considering the past six months of the women’s movement, Jessica Jones was ahead of its time in 2015. The first season engages explicitly with sexual assault, male-female power dynamics and trauma, and it does so through a clever, grounded, surprising superhero story.

The main antagonist, Kilgrave—an abusive supervillain who rapes women through mind control—presented a broad range of gender-related conflicts, and Jessica Jones herself—played by a resolute, steely Krysten Ritter—was the perfect character to lead us through those conflicts. If the first season had debuted now, it would be everywhere.

Instead, in a way that feels either face-smackingly regrettable or just plain unlucky, the progressive conversation of season one has given way to a less timely season two storyline. Now that Jessica Jones has confronted her immediate demons, she dives into the mystery of her personal origin story.

That arc—which takes us down a cliche-ridden path marked by shadowy agents, superpowered hitmen and hitwomen, and high-level executive cover-ups—unravels at the opposite pace of season one, burning slow in the early episodes before ramping up later. It’s maybe a smarter TV storytelling strategy, but with this show in particular, the subject matter as a whole feels like a miscalculation. Who cares about the past? Jessica Jones is needed right here, right now.

The feeling that persists in Jessica Jones’ new season is that the show emptied its social-messaging grab-bag in season one and is now struggling to resupply. There are a few “fight the patriarchy” moments, but for every startling, pump-your-fist scene of empowerment (“I don’t take no for an answer,” one character says. “How rapey of you,” Jessica Jones replies), there’s a strange, boring side plot that distracts us from the more significant conversations.

Season two is at its best when it’s dealing with the fallout of season one, because that’s where most of the capital-I Importance is at work. If 2015 was when Jessica Jones broke her silence about her abuser, 2018 is when she has to deal with the public reception of that pronouncement. In its own way, that dynamic presents myriad touchpoints for the present moment.

At this point in the #MeToo movement, or the women’s movement, or the #ChurchToo movement, the silence is broken. The voices speaking out against abuse and injustice increase by the day, but the reception of those stories is still wavering and complicated. Most of us are aware that abuse exists, but there’s an array of opinions about the next step. How much more responsibility do we place upon the silence breakers? What role should allies play in the movement? What do those roles look like in practice? Does the role of an ally change depending on their personal relationship to abuse or injustice or to the abusers themselves?

Then, of course, there’s the complicated relationship we have with those very same silence breakers. We might elevate their platform, but that exposure presents a whole new slate of risks. We might applaud their courage from the sidelines, but their unique situation could require a more active form of support. Some might even lash out at them for bringing down a beloved cultural figure, but that, of course, assigns villainy to the wrong person. As wide-sweeping as the abuse accusations have been in our culture over the past six months, the responses to those accusations has been just as broad.

Season two of Jessica Jones examines this idea in part, but it doesn’t dissect it to a satisfying degree.

And that in itself complicates the discussion around Jessica Jones as a TV show. It was in prime position to engage with the #MeToo movement, but is it OK if it doesn’t press in to the degree that it could have? Does Jessica Jones have an abject responsibility to be our allegory or our symbol in the fight for gender equality or against sexual assault? There’s no simple answer.

What does feel clear is this: Jessica Jones is still reliable superhero TV, but when it shoulders a sense of social purpose, it doesn’t quite commit to the long haul. The new season is fine, but it’s not essential, and there’s a small part of you that wishes for that imminent, pressing edition of the show. We can place our hope in entertainment, but sometimes, entertainment doesn’t want to be our answer. Then we have to place our hope in reality, and right now, reality is still a mess.