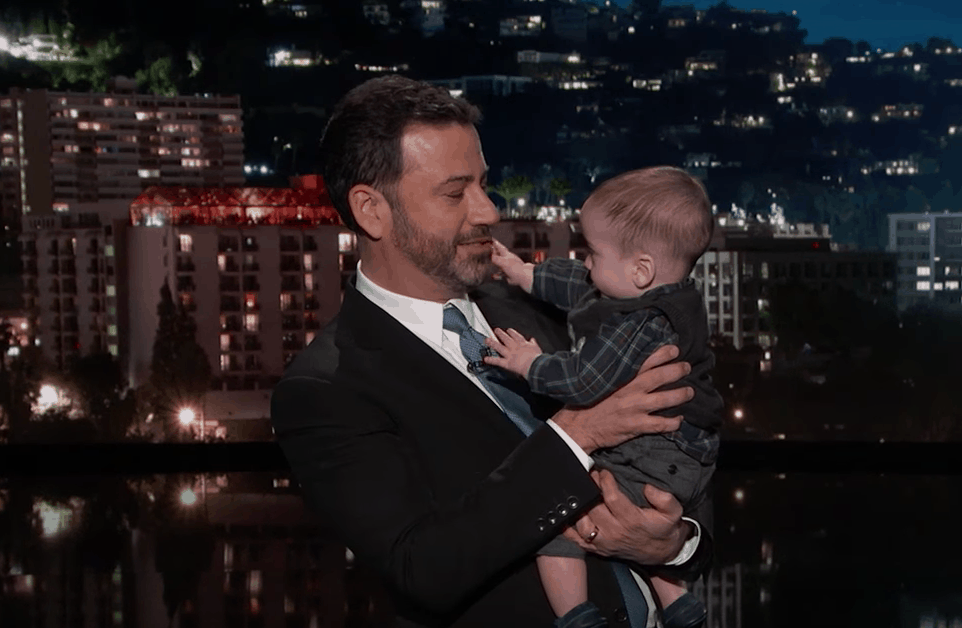 Not only has he been a vocal critic of (now-former) Alabama Senate candidate Roy Moore—who just lost the election to Democrat Doug Jones following numerous allegations that he sexually pursued (and even molested) teen girls—Jimmy Kimmel has also been an advocate of healthcare laws he believes best support the families of young children.

Earlier this week, Kimmel brought his newborn son to the show after he successfully went through heart surgery, and pleaded with viewers to support legislation that he believes will help more children like his son.

But one of the storylines that has gotten a bit lost in his recent commentary is statements about his own faith.

In one recent monologue, in which Roy Moore attempted to defend his own “Christian values,” Kimmel responded by talking about his faith:

It doesn’t fit your stereotype, but I happen to be a Christian, too. I made my first holy communion, I was confirmed, I pray, I support my church, one of my closest friends is a priest, I baptize my children. Christian is actually my middle name. I know that’s shocking, but it’s true. So if you’re open to, when we sit down, I will share with you what I learned at my church. At my church, forcing yourself on underaged girls is a no-no. Some even consider it to be a sin.

It’s not the first time he’s openly discussed his personal faith. In the past he defended the role of Catholic priests and even joked about being an altar boy with George Clooney. Interestingly, Kimmel isn’t the only devout Catholic on late night TV: Stephen Colbert and Jimmy Fallon both grew up in the Church.

Chance the Rapper’s ‘Sesame Street’ Appearance Will Warm Your Heart