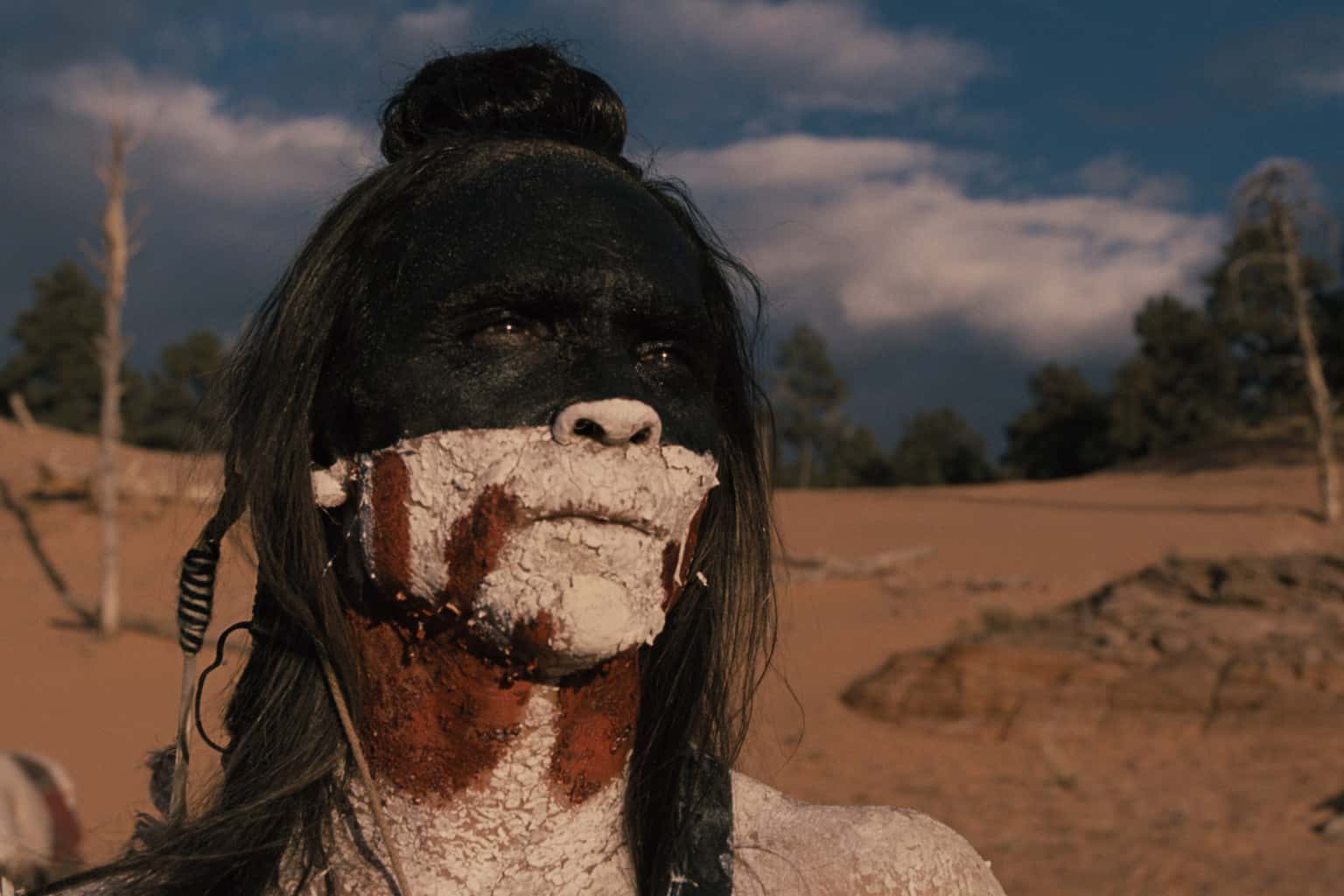 The final beat of Westworld’s first season set me on edge—the introduction of the Ghost Nation. I’m Metis, a citizen of one of Canada’s many indigenous nations, and partially a product of the kind of tribes that HBO was trying to evoke. The plains, and the people who rode them, are in my blood.

So on the one hand, there was a thrill in seeing Westworld introduce Native American characters—it’s rare to see indigenous actors in Hollywood, especially ones as talented as Lakota actor Zahn Tokiya-ku McClaron, who plays the Ghost Nation member Akcheta on the show—but on the other hand, there was apprehension, because when westerns do cast indigenous parts, they’re typically casting for savages, noble or otherwise.

For much of its second season, it looked like we were facing a typical phenomenon with Westworld.  The “bloodthirsty savages” were positioned as oppositional forces to our protagonists, but on its most recent episode, Westworld assuaged my fears. It gave us a heartfelt and provocative character study of Akcheta.

Akcheta is not Lakota. He isn’t indigenous. He’s not even human. Akcheta is a factory-built android, created by the Delos corporation for the entertainment of the uber-rich. Sunday’s episode, “Kiksuya,” let Akcheta tell the story of his ongoing epiphany, and the personal hell he’s put through as his creators shift his story from a pastoral romance to a blood-soaked thriller. That shift is important—and allows Westworld to take on tropes as old as the Western itself.

1. Westworld wasn’t playing along—it was preparing to flip the script.

In Westworld, the Delos Corporation is in the business of crafting stereotypical Western narratives for their guests. Lee Sizemore, the British head-of-story for Delos, leans on the same core cliches and tropes of each particular park’s genre, so when we saw the Ghost Nation done up in war paint, scalping their enemies and whooping across the plains, we weren’t seeing the Lakota through the eyes of Westworld-the-show’s creators, we were seeing them through the eyes of Sizemore and Westworld-the-park’s creators. The distinction is subtle, but it was made more obvious in last night’s episode.

In “Kiksuya” (“remember,” in Lakota), McClaron plays Akcheta, one of the android hosts who “wakes up” from the narratives, remembering all his past lives and deaths. Unlike many of the other hosts, he doesn’t join in the slaughter against Delos and the park’s guests. Instead, he goes off to discover an exit from the world he knows, fueled by love for Kohana (Julia Jones, Choctaw and Chickasaw) and a desire to enlighten as many other hosts as he can. In “Kiksuya,” the Native American is not a savage, but a source of wisdom that empowers himself and those who listen a chance to adapt.

Where Westworld nails this dynamic is in looking at how the park’s staff fed off malicious stereotypes. Just as Hollywood and other forms of entertainment have dehumanized native peoples, we hear park staff commenting on their directors’ motivations: “They wanted a strong-but-silent type. Something brutal. Dehumanized. They probably want the guests to feel better when they’re kicking his ass.” “Kiksuya” combats that dehumanization by allowing us into Akcheta’s head and heart. Having him serve as the narrator and the sole star confronts us with his “humanity” in a way that few other hosts have been able to do.

2. Westworld let a Native actor stand on his own.

McClaron is a phenomenal actor—period. He isn’t a good Lakota actor or a good indigenous actor; he’s good in any talent pool. He’s stolen scenes in Longmire and Fargo, and Westworld was wise to trust him with carrying so much emotional weight. It’s an opportunity that few other indigenous actors receive.

There have only been two indigenous actors to receive an Academy Award nomination: Graham Greene (Oneida),  who won best supporting actor for his role in Dances With Wolves and Chief Dan George (Tsleil-Waututh), who was nominated in the same category for Little Big Man. On the television side, August Schellenburg (Mohawk) received an Emmy nod for Bury My Heart At Wounded Knee, but there has yet to be an indigenous winner at the show. It’s a cold, hard, fact—Native American actors aren’t given substantial parts in movies or television and are seldom recognized when they do.

Westworld offered Akcheta an entire episode almost all to himself. It’s a pleasure and privilege that few other actors on the show—white or not—have been afforded so far, and we can only hope to see more of him as the threads start weaving together at the end of the season. McClaron’s performance is already being hailed as one of the brightest spots of the second season. That could mean that awards season isn’t out of reach.

Over the past few months, I’ve been putting together proposals relating to Canada’s pending Indigenous Languages Act. The bill is being considered as a way to help revitalize the languages that were the target of a systemic, purposeful and abusive policy of elimination. In the 1960s, a nation-wide “scoop” sucked indigenous children in Canada away from their homes and communities to put them into anglo-Canadian families instead. What’s more, children were taken from their homes and beaten if they used their native language in residential schools.  Similar patterns emerged in the United States, too. Now, most indigenous languages are threatened with extinction, their cultural and scientific knowledge at risk of being lost forever. There are major international efforts underway to reverse that trend, and media use is part of that work.

Westworld chose not to shy away from indigenous language in “Kiksuya.” Subtitles abound without concession or pandering, and the show even invested in experts to make sure it was accurate (Larry Pouier and Cordelia White Elk). This helps preserve the language and share its unique and beautiful aesthetic with a world-wide audience. That’s not enough, nor will it be the final word, but it’s an important part of the restoration process, and it’s an appreciated effort by those who care about linguistic preservation and the revitalization of indigenous cultures.

Westworld nailed it last night. By consulting with indigenous experts, starring an indigenous actor, showcasing an indigenous language and countering anti-indigenous tropes, they pushed westerns in a better direction. It isn’t totally untrod ground—”Kiksuya” joins the small but growing library of pro-indigenous Westerns like Longmire, Wind River and Hostiles—but it still matters. These stories cut across genres, tones and mediums. They share a humility toward and respect for indigenous peoples, and while that recognition won’t be the panacea for every social ill in Indian country, they represent a commitment to not to be part of the problem.