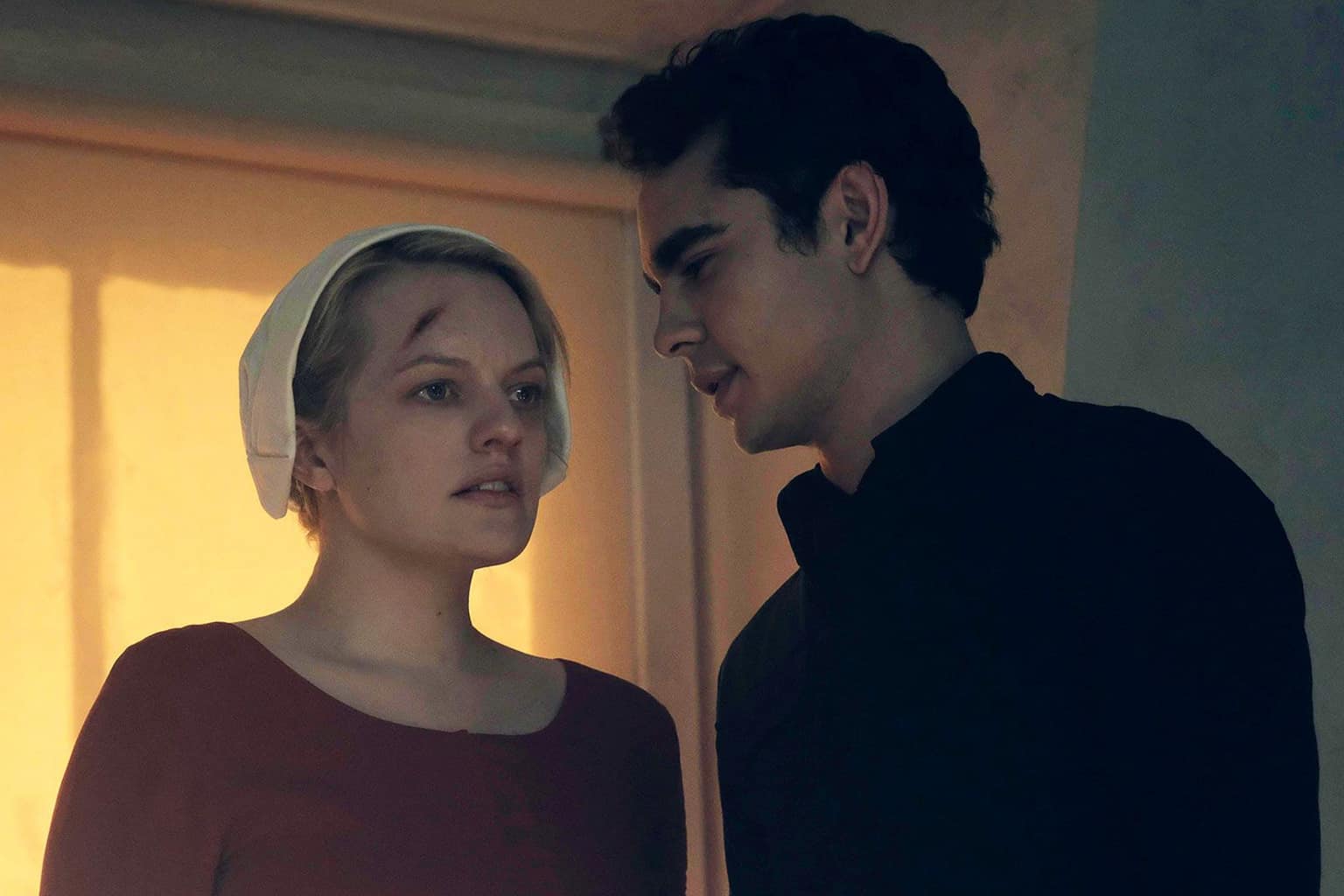 I’m not gonna sugarcoat it, friends. For those who found season one of The Handmaid’s Tale difficult to watch, buckle up. Season two hits harder.

The second season moves away slightly from the pure shock value of Gilead’s dystopian horrors, but that real estate is occupied now by a battle with despair. Our lead characters are facing the deep complexities and consequences of resistance, and if it doesn’t shock, it stings.

Don’t misunderstand me—I’m not dissuading you from watching. Quite the contrary. I wouldn’t advise bingeing six episodes in a row like a certain reviewer did, but I would recommend leaning in to consider the show’s sobering questions: How much ugliness can we see without shutting down and losing hope? Should we regulate what we see? And for those who don’t have the privilege to regulate what they see, how can humanity survive the forces of dehumanization?

For those just joining us, Bruce Miller’s television adaptation of Margaret Atwood’s firebrand 1985 novel centers on the world of Gilead, a dystopian society where a Christian theocracy has forced fertile women into slavery as Handmaids. Elected officials, Commanders, rape these Handmaids once a month (while their wives hold them down) until the Handmaid produces a healthy baby. The Commander and his wife then raise the baby as their own while the Handmaid is moved to another estate to repeat the process over again.

Our story picks back up with main character June (called Offred under the Gilead regime—birth names are forbidden for Handmaids). When we last left June, she was newly pregnant and had refused to stone fellow Handmaid Janine/Ofwarren, inspiring the other Handmaids to drop their stones in turn. Coming right off this striking “I am Spartacus” moment, season two begins with Gilead’s swift retaliation. The regime divides and conquers, pushing the Handmaids into a gray moral territory in which they must evaluate the lives of the many versus the lives of the few. It’s a situation where oppressive power always thrives.

For June, it’s a personal battle, too. As she learns more about the Mayday resistance force and its strategy toward freedom, she’s awakened to the number of lives put on the line to fight for her own. Seeing these repercussions up close makes June reevaluate every decision that brought her to that moment, and shows her the true practical weight of freedom.

But we know, too, that freedom isn’t even the end of the story. For those who have crossed into the Promised Land of Canada, the trouble continues. Newly free, Moira now works with Luke to help with refugee resettlement, but after hours, she still battles her inner demons. It’s a reminder that living “free” doesn’t erase the damage of rampant physical and sexual abuse. This is a longer road than anticipated, and its made far more dangerous by our heroines’ silent suffering.

As the show wrestles with the cost of resistance, I can’t help but think of the recent piece from The New York Times on the death of Erica Garner, daughter of police brutality victim Eric Garner. The piece highlights how many activists suffer in silence. Fighting the good fight, day after day, without a support system, makes way for serious emotional, spiritual and even physical consequences.

Whether we like to admit as much or not, Gilead is not such an exaggerated future. The threat of a theocracy hits all-too-close to home these days, as does our tendency to demonize the Other. Our nation’s strong overtones of racism, sexism, xenophobia and misinformation are already unsettling, made more so by The Handmaid’s Tale.

Yes, the world of Handmaid’s may be hard to watch, but it’s by looking away that we make its fiction more likely to become a reality. Instead of giving us a saccharine sedative that will let us escape into a pleasant dream, the show wakes us up to where we are and where we’re in danger of going.

It might feel hopeless, but if we look closely, Handmaid’s presents a powerful alternative upon facing this reality: We can find hope in humanity itself. We see this in powerful, poignant snapshots throughout the season: a secret wedding for two female lovers on the eve of their fatal separation, the violent and triumphant self-removal of a Handmaid’s in-ear GPS tag, a ramshackle memorial made of cubicle décor. And of course, gestating inside our heroine—the beginnings of human life itself.

What if every time we felt depressed watching Handmaid’s, we remembered our privilege instead of numbing ourselves? If characters like June/Offred and Emily/Ofglen are able to find strength in humanity amid a world where they face abuse for speaking their own names, what are we doing? What if we considered stories like these a reminder to care for and encourage the activists, world changers and oppressed people in our world?

Television has always carried a greater responsibility than other media. It speaks to people where they live. This isn’t a play or a movie, where people can leave whenever they wish, and in the age of smartphones, TV is in our pockets even when we leave, too. If television like The Handmaid’s Tale can find us where we are and push us to find each other, to show someone in our periphery that they are a loved, seen human being of inherent worth, no matter what anyone tells them—this is the kind of small revolution that steadily changes the world and keeps the prospect of a real Gilead at bay.

I think that’s worth the watch.

A Homeless Jesus Christ Was Just Unveiled in England