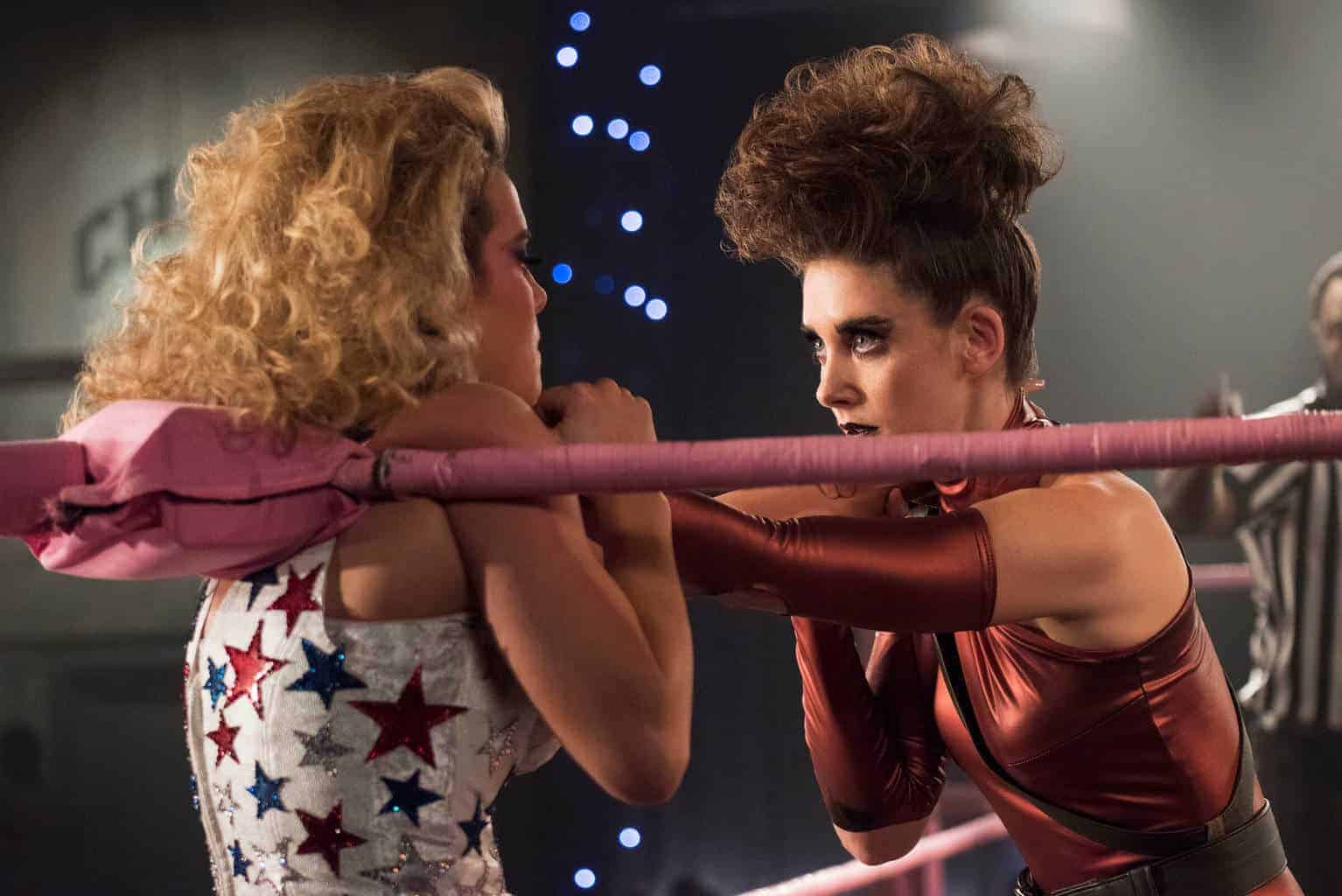 Wrestling isn’t a sport. Wrestling is storytelling. Matches aren’t contests so much as vignettes: good vs. evil, David vs. Goliath, avenger vs. betrayer. The best wrestling, then, is marked by theatrics, suspense and drama instead of physicality and action, and that means wrestling, in a sense that probably runs counter to common conception, has the power to speak to everyone.

That truth sits at the heart of GLOW, Netflix’s cult wrestling hit and sudden contender for best thing on TV. It’s a wrestling show, but it’s also a comedy. It’s a soap opera and a relationship drama. GLOW is so much, and does so much so well, that as it premieres its second season, there’s no denying it’s one of the best shows of 2018. Ring the bell. The champ is here.

There’s real pedigree here, too. Alison Brie and Betty Gilpin are both Emmy-worthy as the opposing leads (the second season lets them flex, too—they face off in some of the most excruciating verbal warfare on TV this year), and Marc Maron finds the role he was made for as the wrestling show’s burned out, could-care-less director. The performances are great—with strong in-ring work to boot—but GLOW wouldn’t reach the highs it does if it wasn’t so ambitious. Wrestling is simple, but GLOW is complex.

GLOW’s first season was heralded from an industry standpoint for its effortless representation. Not only was this a female-driven story, it was a female-driven story thriving before a traditionally masculine backdrop. What’s more, the array of women here spanned race, creed and sexuality. It was Orange Is the New Black, but (honestly?) less showy about it. The male characters, too, were given complicated backgrounds and honest motivations. Season two expands everyone’s story. While season one focused for the most part on Brie and Gilpin’s searing rivalry, season two often shuns both of them to focus on supporting characters, revealing inner lives almost startling in their honesty and fullness. It’s a testament to GLOW that every viewer could have a different favorite character, and all those viewers could defend their choice.

Of course, for a show about women struggling to make it in Hollywood, GLOW steps into the pop-culture ring at a time when the powers that be are losing their grip on the title belt. There are chances here to make statements and win over the people and seize control of the cultural narrative, and all the credit in the world to GLOW for being bold in where it takes aim.

The second season has a storyline about a meeting in a hotel room. It has another one about an on-set relationship between talent and a crew member. It has another one about a woman trying to assert herself amid an all-male team of producers. There’s really vital things happening on GLOW, and if it sounds forced or pandering or on-the-nose, it isn’t in practice. These were the natural places for the show to go, because the show is about making a TV show, for crying out loud. To continue the wrestling metaphor, the champ was staggered. Of course GLOW had to pull out its finishing move.

And that’s the best part of all this: While GLOW is intentional and missional in the places it takes its story, it’s still just a complete blast to watch. It’s a comedy after all: You’re supposed to laugh. The cast is endearing and winning from top to bottom. The style is slick and fun and corny in the best, most self-aware way. The wrestling, too, is pure and thrilling. This is a show that wants you to cheer and pump your fist. All the better it gives you space to cover your mouth, wince or cry, too.

It used to be easy to recommend GLOW as a wrestling fan. Now it’s easy to recommend GLOW as a fan of TV. It was hard to sell other people on this show because the word “wrestling” carried so many connotations, but really, the biggest revelation of the second season is that this isn’t really a wrestling show anymore. It’s a show about women who lace up their boots, step into the spotlight and take names. It’s completely special.