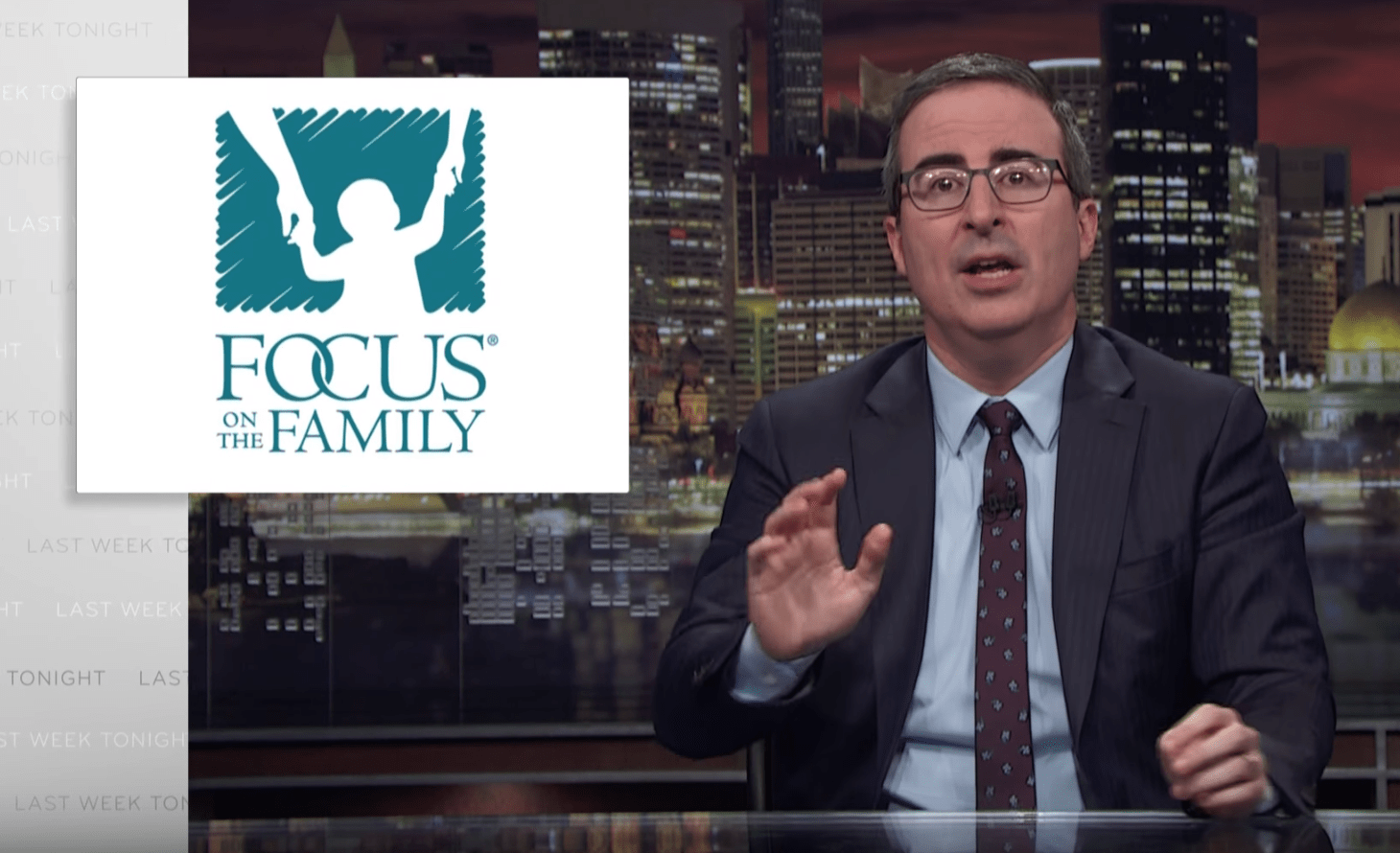 If you watch HBO’s Last Week Tonight, then you saw host John Oliver deliver a lengthy takedown of Vice President Mike Pence, a new book written by his daughter and the group Focus on the Family.

You can watch the entire segment here. (Warning: It contains profanity and some jokes some readers might find offensive.)

The entire segment is about 20 minutes long, but here’s a summary: Oliver examines Pence’s socially conservative views—including some of his more controversial ones like criticizing women in the military—and many evangelicals’ support of him. He then looks at a new book written by Pence’s daughter and illustrated by his wife, called Marlon Bundo’s Day in the Life of the Vice President. It’s about a rabbit that hangs out at the White House, with proceeds going to A21, an anti-human trafficking organization. Oliver then looks at Pence’s involvement with the organization Focus on the Family (he’s spoken at several of their events) and his close relationship with the group’s founder James Dobson.

Oliver specifically honed in on Pence’s polarizing views on LGBTQ issues. And though Pence has said he does not support gay conversion therapy, Oliver took a close look at Dobson’s views, specifically, that, according to Dobson, “Focus on the Family promotes the truth that homosexuality is preventable and treatable.” He also looked at some of the organization’s controversial programs to “prevent and treat” homosexuality. (Dobson left the organization in 2010, and the group has since evolved some of their positions on some LGBTQ issues.)

The segment concludes with Oliver announcing the release of his own book called, ‘Last Week Tonight with John Oliver’ Presents A Day in the Life of Marlon Bundo. In the book, Pence is a stink bug who tries to prevent the marriage of two gay bunnies. The proceeds benefit the group AIDS United and an organization called the Trevor Project, a suicide prevention group which helps LGBTQ teens.

In response, Focus on the Family President Jim Daly has posted a lengthy statement in which he called the segment “vicious in tone” and “also vulgar and vile in every sense of the word and way.”

Over the years, late-night television has devolved into a breeding ground for cynical, skeptical, bitter and so-called “humor” that cuts people, attempting to both marginalize and tear down individuals and institutions with whom both hosts and often guests disagree. … This past Sunday night, John Oliver was incensed over Focus on the Family’s 40-year history of supporting a traditional and biblical sexual ethic. In particular, the host took issue with our belief that those with unwanted same-sex attraction should be free to pursue counseling, if that is their desire. Of course, millions of Christians and even non-Christians hold to this standard, but Mr. Oliver disagrees and his seething reaction to our ministry’s position was palpable.

He concluded by saying: “Focus on the Family is proud to host Mrs. Pence and Charlotte for a book signing next Monday, March 26th.  Though lampooned and shamed for selecting our location for one of their events, the Pences will be warmly welcomed guests to our campus in Colorado Springs … John Oliver is welcome to join us.”

Who knows, maybe he will.

Eric Metaxas on Trump, Civility and the Joke He Wishes He Never Made

Exclusive: Watch the Trailer for Netflix’s ‘Come Sunday’ About the Preacher Who Stopped Believing in Hell