by Kara McFarlane and Tyler Daswick 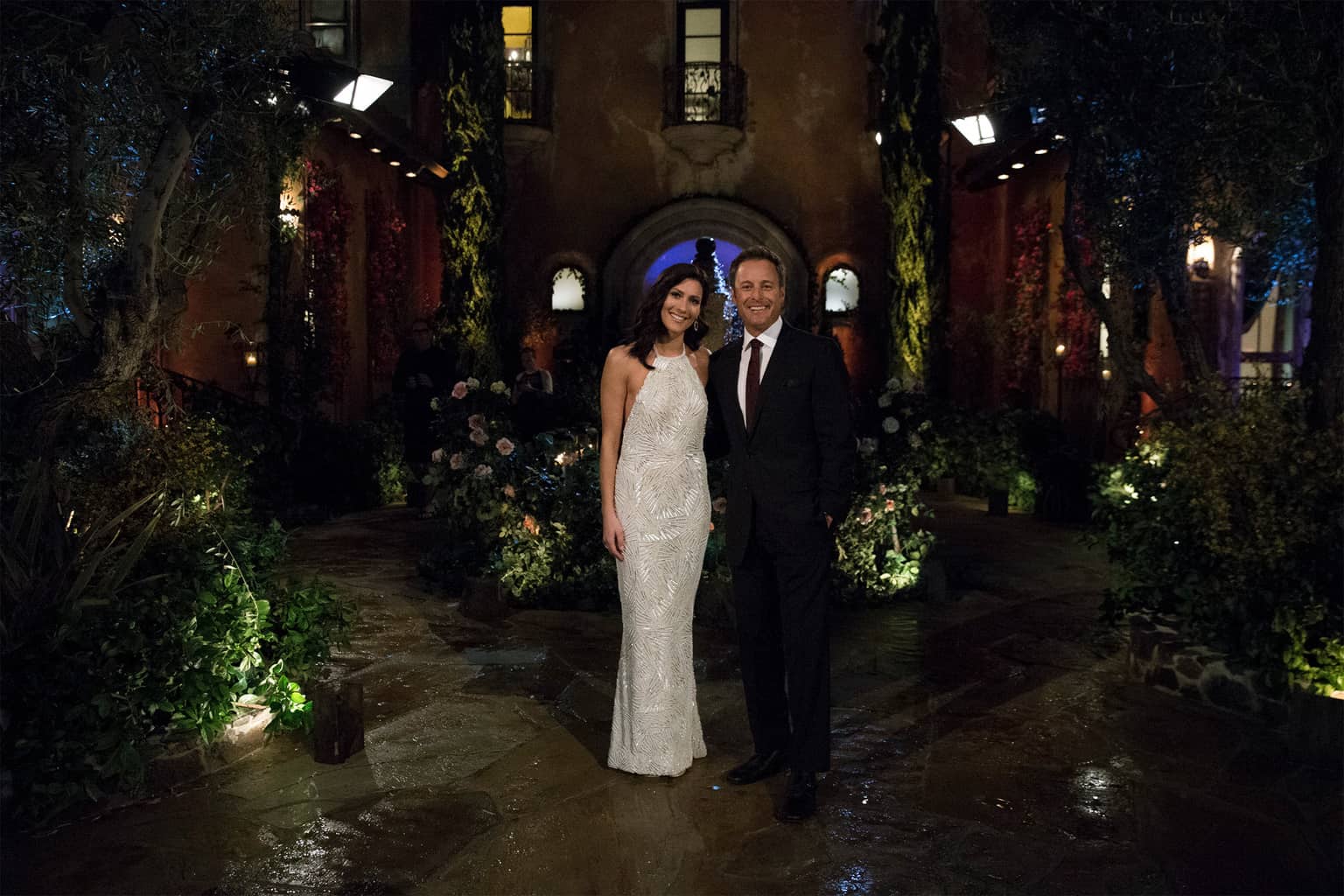 It needs to be said up top: The Bachelor franchise is pretty irredeemable. The premise isn’t exactly wholesome, but it also strips away all nuance about love in the modern world. You wouldn’t expect a reality show to be complex, of course, but when the show has opportunities to engage with legitimate issues that come up in relationships, it usually steps aside.

Most people (understandably) turn their nose up at The Bachelor, but two of our culture writers, Kara McFarlane and Tyler Daswick, can’t help but love it. They took to the page to discuss their conflicted feelings on the show, debate its merit and search for reasons why they keep coming back to the mansion.

Das: Kara, like all great reality-television conversations, I’d like to start with a confession: The Bachelorette is the worst show I watch, but it’s my favorite show to talk about. I love it. Does that make me a terrible person?

Kara: Oh, absolutely, but I’m way too busy queuing up the DVR for Becca’s love story to berate you for it. I am right there with you. The Bachelorette is completely enthralling. I wish I could say I’m just a passive observer, but as soon as Chris Harrison brings out the roses, part of me believes this whole thing could work.

Das: Wait, what?! Do you really find yourself buying into the love story? I’m just here to laugh at people who think a six-week TV show is the solution to their melodramatic and tortuous love lives! Why are you swept up in the romantic side of things?

And of course The Bachelor is shallow, irresponsible and problematic, but something about the couples who have made it keeps a deep, pathetic piece of my heart holding out hope. I blame it on Meg Ryan and every movie she was in between 1993 and 1999.

At this point, I’ve put the “proposal” element of the show in another universe, completely apart from what marriage and engagement actually are. Really, The Bachelor is a way to watch bored, beautiful people meet each other, which opens up a lot more opportunity for relationships to work. You don’t HAVE to marry someone at the end. You can go on the show, make some waves, win some fans and then join a community of people who will introduce you to other people. I wouldn’t fault someone for considering that, especially in the age of impersonal online dating.

Das: Wow, that’s a very level-headed and mature way to look at things (there’s a sentence you’ve never heard on the show). Your point also touches upon this conflict between viewers and The Bachelor that, to me, explains the appeal further: Everything about the franchise is really, really low-stakes, yet the show presents everything as a life-changing, no-going-back situation. There’s so much comedy in that. No one expects the relationships to work out, but the show’s undying faith in its own formula is so persistent it becomes endearing. It’s like watching a tragedy that doesn’t know it’s a tragedy. I think that’s why I start every season bashing the fashion choices of each guy who steps out of the limo, and end every season yelling relationship advice at the TV.

Kara: Hmm. I don’t know if the show actually believes in its formula. Maybe they did, once, but to believe it now would be to ignore the utter failures that come out of it every season. At this point, I don’t see The Bachelor as endearing as much as I see it as one big joke that, every so often, miraculously produces its “intended” result.

While the show is all but destined to go off the rails, I do think it unintentionally gives viewers the chance to consider what they believe about marriage and commitment. If you’re laughing at the show—which we all 100 percent should be—somewhere you’re making calls about what “love” does or doesn’t look like. I know it’s a stretch, but I can squeeze at least an ounce of value out of that. (Believe me, I’m doing everything I can to justify my investment in this show.)

Das: You know, at the risk of making us both sound crazy, I don’t think that’s a huge stretch at all. I think if The Bachelor only produced petty gossip, it wouldn’t have lasted this long. The show not only makes me consider what I find normative in a romantic relationship, it also has me thinking about things like gender roles, the way men and women are portrayed on television, the meaning of intimacy, the challenges of being vulnerable with another person, male friendships versus female friendships, and of course, why anyone would wear a tan suit when they’re trying to make a first impression. It’s a shallow show, but it leads to conversations that are kind of deep, and I’m with you—I think that’s totally valuable.

Oh, and that’s another thing: Are you part of the watch-party culture? The Bachelor is the only show I think I must watch with other people.

Kara: Agreed. Watch groups are hands-down the best part of this entire thing. My group DVRs the show on Mondays and uses “Bachelor Wednesdays” as an excuse to eat dinner together and catch up—we’re very cute. Once we finish dinner, everyone sits around the living room and, as gentle, docile women do, absolutely annihilate the show scene-by-scene.

There’s a dangerous euphoria people start to embrace when tucked into their couches under tubs of ice cream. It’s a feeling best experienced with others.

But I’m totally with you on this, and I’ve found when I watch the show with others, I’m always partway educated by my friends in the room. Everyone reads the show differently, and that makes for some tiny revelations on how I function in relationships. I might be ready to trash some guy for being unresponsive to a girls’ story, but then a woman in my group might say, “Wow, he’s really giving her space to process her feelings.” That’s how I learned my first instinct in conflict is to be a fixer, and now that’s something you and the whole internet know about me. This is the power of The Bachelor.

Kara: Seems like you have some stuff to unpack there, Das. Always here to talk.

But it’s true. The show causes people to sift through their own stuff, and I think that’s due to the fact that, despite the insanity of this show, it is real life. We’re not watching fake characters participate in some world-ending, life-or-death scenario. We’re watching real people make (often terrible) life choices, and how we feel about those choices reflects who we are and what we believe.

Hang on. We’re giving all of this way too much credit. Before we start worshipping at some creepy, rose-covered altar, let’s rein it back in. I’m still 98 percent here for pretty people and mansions.

Das: Are you kidding? All sentiment goes out the window when the first drunk guy falls in the pool. Can I come to Bachelor Wednesday next week? Should I bring wine?

Kara: Please do. I’ll be the one wearing a onesie, screaming obscenities at the television. See you there!

Kara McFarlane is a writer living in Los Angeles, and Tyler Daswick is senior writer at RELEVANT.

9 Things to Watch On Netflix In June