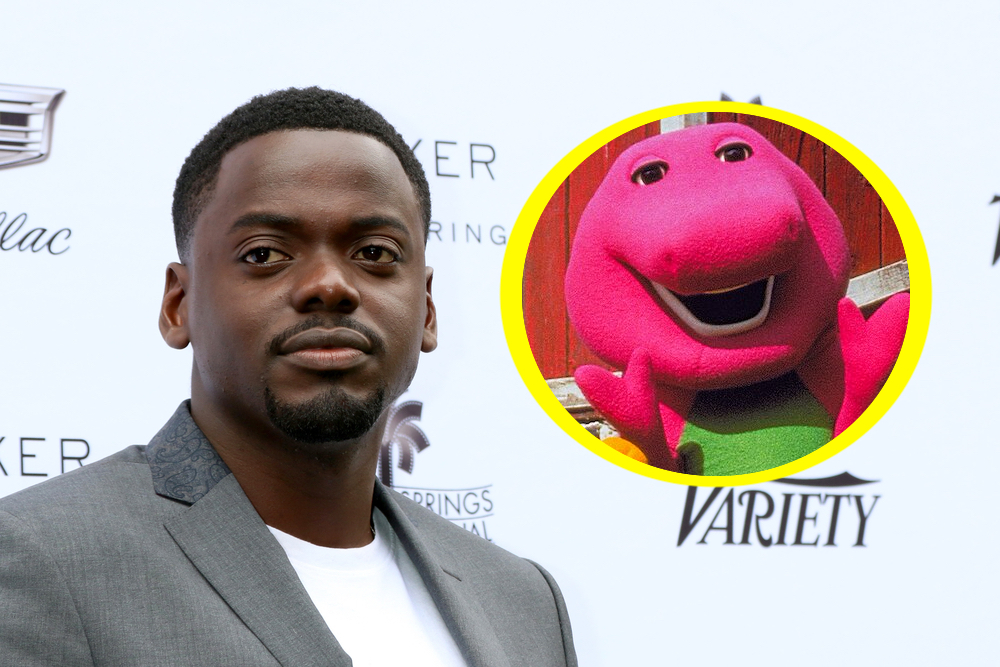 Daniel Kaluuya has quickly become one of his generation’s most exciting new talents, with a standout presence in everything from Get Out and Black Panther to Widows and, now, Judas and the Black Messiah. It stands to reason that an actor of his caliber would be interested in working on the other side of the camera too and it’d be cool to see him join the recent trend of performers who turn out to be excellent filmmakers, like Olivia Wilde and John Krasinski. And sure enough, Kaluuya is working on a new film project but, uhh, it’s a a reboot of Barney the Dinosaur? And it sounds pretty dark?

Barney and Friends, of course, was a show about a big purple dinosaur who sang songs with kids about standard kid stuff like obeying your parents, recycling and, famously, loving everyone. It wasn’t exactly rocket science, but “I Love You” became sort of a viral hit before there was such a thing as “viral hits” so Barney’s legend endured. Speaking with Entertainment Weekly, Kaluuya opened up about where he plans to take the intellectual property for his own movie.

Barney taught us, ‘I love you, you love me. Won’t you say you love me too?’ That’s one of the first songs I remember, and what happens when that isn’t true? I thought that was really heartbreaking. I have no idea why but it feels like that makes sense. It feels like there’s something unexpected that can be poignant but optimistic. Especially at this time now, I think that’s really, really needed.

As The AV Club notes, this all sounds “less ‘gritty Barney reboot’ and more ‘life is gritty, let’s reboot Barney.'” Maybe we’re talking about sort of a Ted Lasso situation here, in which our protagonist remains unfailingly loving and cheerful in the face of starkly un-optimistic times. It’s not the most natural fit for the Barney you remember but, then, Barney was a simple enough concept that he could be grafted onto pretty much any elevator pitch with minimal tweaks.

And hey, as Kaluuya notes, “poignant but optimistic” has a lot of potential to resonate right now. Franchises like The LEGO Movie have proved that even seemingly simplistic pieces of IP can have surprising depths if the right creative team is put in charge. If the gatekeepers Mattel are interested in giving Kaluuya a lot of freedom to chase down his gut instincts here, who knows? We could be in for a treat.