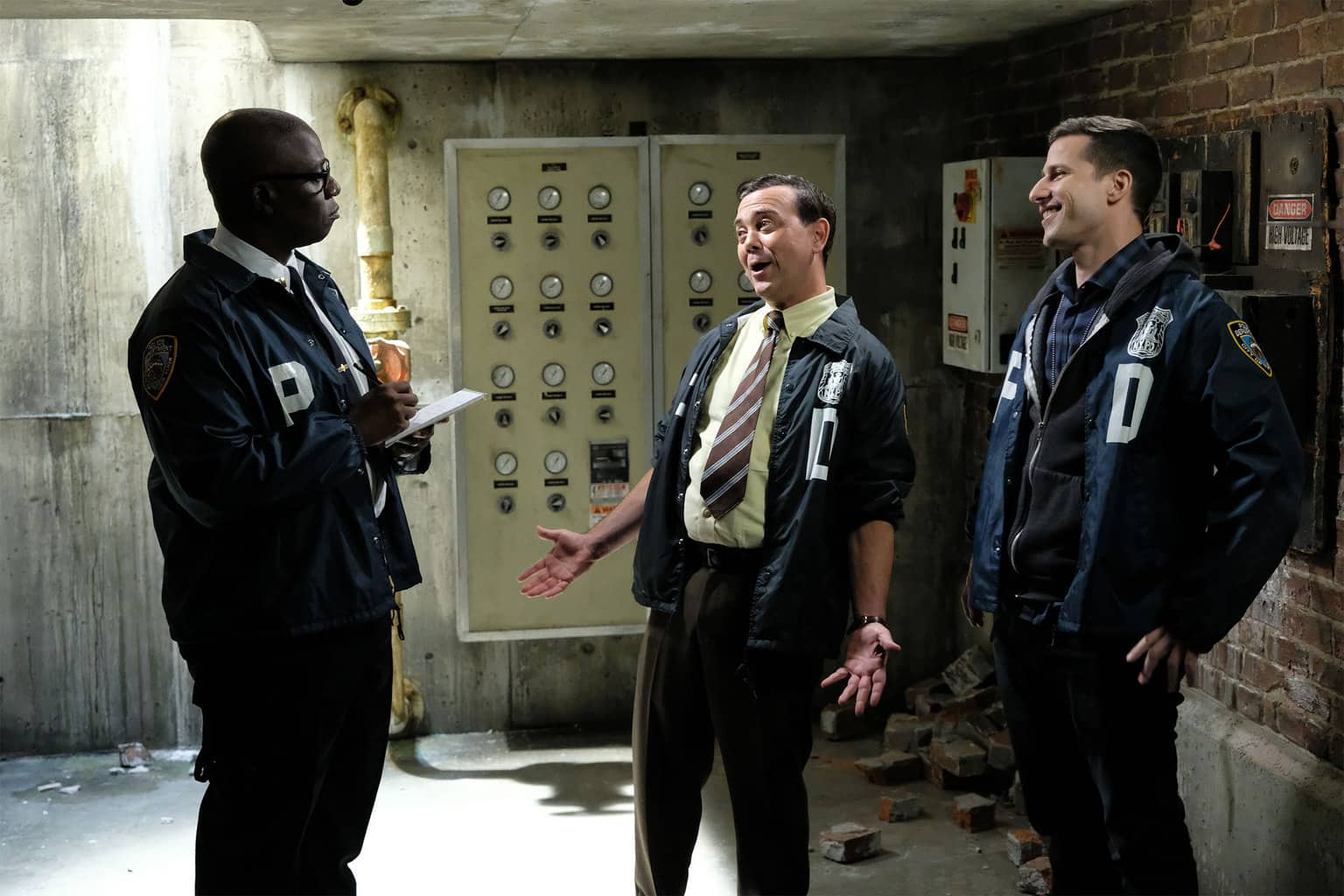 Most TV comedies stumble in their early days because they’re trying to “find the show.” The Office’s first season is funny, but it wasn’t until it distinguished its characters from the British series that it was able to reach the prime humor of seasons two through four. Parks and Recreation, in turn, had to elevate its ensemble in season two before it began one of the greatest sitcom runs ever on network TV. Brooklyn Nine-Nine, Fox’s police comedy that will make its way to NBC next year, never stumbled. It’s always been funny. Instead, it had to learn how to be important, and that was by happenstance.

Brooklyn Nine-Nine’s sense of humor is remarkably consistent from seasons one through five (the finale of which was Sunday night). Most shows don’t share that honor. The Office had to lighten up. Parks and Rec had to become more communal. Bojack Horseman had to engage with emotion. Most comedies, really, have to make little switch-ups early on that not only mark improvement, but locate the show’s true identity (this is what leads to the “you just have to make it past episode X” qualifier that characterizes so many TV conversations).

Brooklyn Nine-Nine knew its tone from the offset, however, and beats that begin in the first few episodes—Boyle’s cringey phrasing, Jake’s outlandish diet, the ongoing “title of your sex tape” diss—are still running over 100 episodes later. Nine-Nine is a familial, easygoing, rib-nudging show, and it’s been that way since the beginning. Just a haphazard array of cops learning to work together. Classic workplace sitcom.

The show’s consistency fit well with its serial-adjacent police setting. Brooklyn Nine-Nine’s “case of the week” format often took creative and surprising angles (recurrent traditions like the Halloween heist and Craig Robinson’s Pontiac Bandit are inspired standouts), but the mysteries or crimes always set the stage for the cast to keep remixing the same comedic instruments. The clever jokes persisted over time, but more and more, the laughs were flavored with a familiarity and comfort that takes over a lot of long-running sitcoms. You laugh because, gosh, you love these people.

And Brooklyn Nine-Nine could have gone on as a totally fine sitcom for everyone looking for an Office or Parks and Rec replacement, but it became more than that. Brooklyn Nine-Nine went from “good enough” to “good” because its setting—a police station—started to occupy a very weighty place in the world outside of TV. By being a show about cops, Brooklyn Nine-Nine was on the edge of some challenging, controversial and tricky conversations. It could have stayed put, but instead, it leaned in, and it became a better show for it.

One of the best episodes of Brooklyn Nine-Nine is season four’s “Moo Moo.” In the episode, Sergeant Terry Jeffords, played by Terry Crews, is out walking in his neighborhood when he’s stopped by another Brooklyn cop. When Terry tries to explain he lives nearby and is looking for his daughter’s missing toy, the cop puts a hand on his gun and initiates a stop-and-frisk. It’s a harsh scene of racial profiling that could have been ripped from the headlines that exact same day. For the rest of the episode, Terry debates with Captain Raymond Holt (a fellow black officer) about how to handle the issue within the politics of the police station and within the dynamics of his family and their community.

It’s a triumphant half-hour of television. The Brooklyn Nine-Nine humor is accounted for, but in this instance it serves to accompany an urgent and prescient conversation about justice, race and change. The characters bring their natural comedic sensibilities to the discussion, and the end result is something that goes down easier than any dispute on Facebook, any rant on Twitter or any newspaper op-ed. The conversation is effective in the episode because it takes place specifically within the world of a comedy. It’s a brilliant blend of humor, provocation and education.

Two Guys Actually Did the ‘Dumb and Dumber’ Mini-Bike Trip From Nebraska to Aspen, Colorado

Brooklyn Nine-Nine is idyllic. The precinct is progressive and diverse across race, gender and sexuality, but what’s more, it exists in a world where the officers have a respectful and productive role in their community. These people are your allies. They go after the bad guys. They protect the good guys. They think about the people they serve before they think about themselves. The show sets a hopeful, pure, perhaps impossible example for law enforcement. It’s aspirational in the best way. It’s fictional in the worst way.

You wouldn’t blink if someone described a cop show as “important”—The Wire took care of that 15 years ago—but you might if someone called it comforting. There’s privilege in taking comfort in the presence of a police officer. For some people, law enforcement represents the opposite: a menace, a danger, a threat. Brooklyn Nine-Nine doesn’t show us what police can be, or should be, but it shows us what we want police to be. That has a place on television. That has a place in society. And so Brooklyn Nine-Nine remains important and essential. It’s a bonus that it’s funny, too.

Brooklyn Nine-Nine needed saving because even when it isn’t using episodes like “Moo Moo” to engage with justice issues, it’s still a show about cops, and that means it’s always engaging with justice issues. These five seasons haven’t seen the show evolve its humor, but they have tracked the show’s maturity into something that embraces a role it couldn’t have predicted. That’s remarkably wise and perceptive, and since these issues aren’t going away, it’s a relief the Nine-Nine isn’t going away either.

‘Marvelous Mrs. Maisel’ Renewed for a Third Season by Amazon