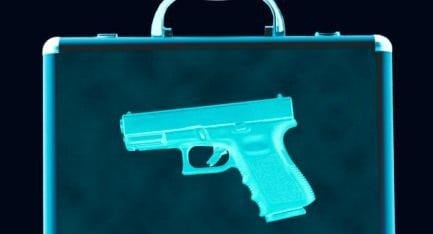 Transportation Security Administration found a record high number of guns in carry-ons in 2015—20 percent more than they found in 2014. Of the 2,653 guns TSA found in luggage, 83 percent were loaded. The firearms were found in a total of 236 airports, with the highest numbers coming from Dallas/Fort Worth International, Houston’s George H. W. Bush Intercontinental and Hartsfield-Jackson in Atlanta. TSA attributes the rise in numbers to better security measures and an influx in traveling. TSA Administrator Peter V. Neffenger said, “The transport of firearms by commercial air in carry-on bags represents a threat to the safety and security of air travelers. Through increased training in detection methods, our officers are becoming more adept at intercepting these prohibited items.”

Study: There Will Be More Plastic Than Fish In Oceans By 2050