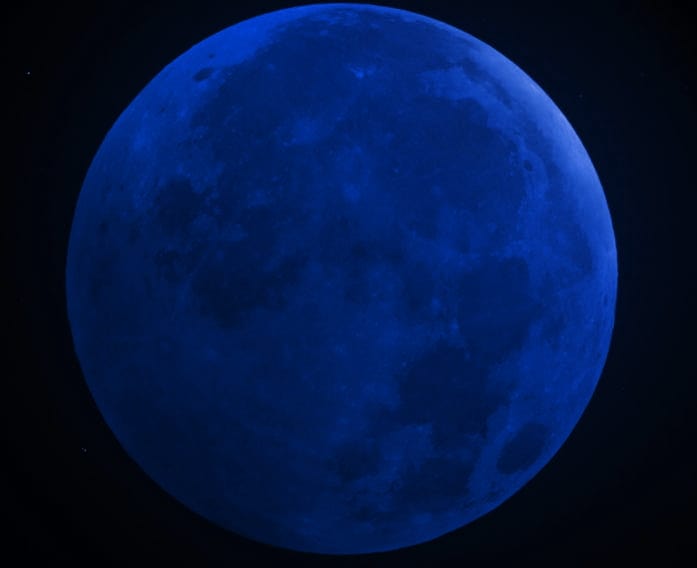 The last time this happened, it was August 2012. Since 1946, for some random reason, the term came to refer to the second full moon of the month, which is what’s happening tonight. Actually, though, NASA says a “true” blue moon occurs when volcanic ash scatter red light and allows blue light through. This creates something like a filter in the sky. So tonight’s is the boring version. But there you have it: we’ve finally answered your most burning question. Yes, the phrase “once in a blue moon’ actually means something. Go outside tonight and soak it up.