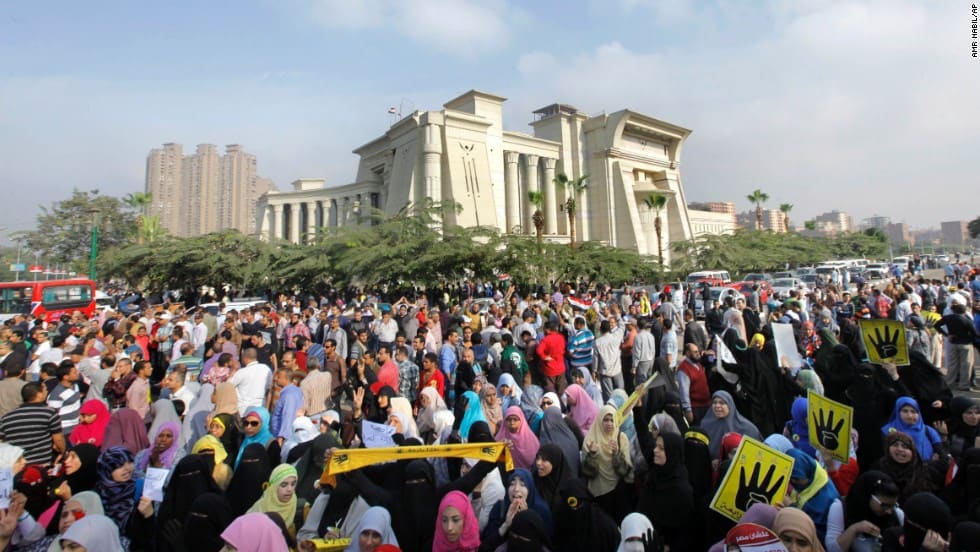 A 3-year-old boy has been sentenced to life in prison for a crime he allegedly committed when he was 16 months old. Kids these days. In an apparent case of mistaken identity, a toddler was among the 115 people a military court in Egypt found guilty of killing three people and sabotaging public and private property. The crimes took place during the protest supporting ousted President Mohamed Morsy in 2014. Ahmed Mansour Qorany Sharara, who was 16 months old at the time, was also sentenced to additional three years for related charges by a civilian misdemeanor court. When police arrived at Ahmed’s home to arrest the young criminal, authorities realized he was a toddler and took his father, Mansour Qorany Sharara, instead. He was detained for four months before a judge released him.

This mistake is just one of the many apparent blunders of this case. Two others accused of the crime were out of the country when it took place. Lawyers of other defendants have presented Ahmed’s birth certificate to the court in hopes of discrediting the investigations that led to their clients’ arrests. One of the lawyers, Abu Kaf, told CNN, “Security submitted their investigations 24 hours after the incident took place, naming 116 defendants. We wanted to tell the judge that these are invalid investigations and our proof is the inclusion of the child and a man who was out of the country when the incident in question took place among the defendants.”

The guilty verdict has caused public outrage. “How could people trust justice if they see this?” TV presenter Wael El-Ebrashy said as he interviewed Sharara on Saturday. In Egyptian courts, mass sentencing has apparently become common. In 2014, over 1,000 people were sentenced to death in cases involving the deaths of two police officers during protests. Abu Kaf said that “most cases involving big events are based on investigations and no tangible evidence. We’ve seen cases where defendants were either deceased years before the incident or in prison when it happened.”

While officials insist that Ahmed and his father would not be jailed, the Sharara family is still being questioned by authorities. Mansour says he is still worried his son will be imprisoned.

We Need to Do More Than Talk About Race

8 Biographies Everyone Should Read