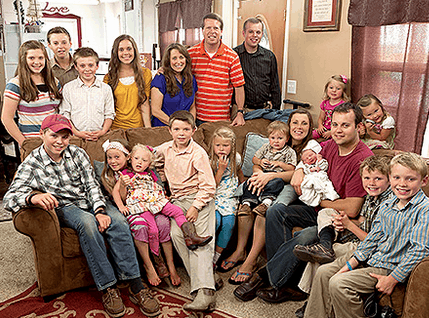 TLC is ending its long-running series about the Duggar family. The network released a statement today, announcing that they were canceling the popular reality show 19 Kids and Counting, which followed the Duggar family, after reports surfaced that the eldest son, Josh, had molested several children—including his own sisters—as a teen. The statement from the network said:

After thoughtful consideration, TLC and the Duggar family have decided to not move forward with 19 Kids and Counting. The show will no longer appear on the air. The recent attention around the Duggars has sparked a critical and important conversation about child protection.

However, TLC also said it was working with advocacy groups RAINN and Darkness to Light and will air a special about abuse featuring two of the victims in the Duggar family. “TLC will work closely with both groups and with the Duggar family on a one-hour documentary that will include Jill and Jessa and other survivors and families that have been affected by abuse.” In their own statement, the Duggars said, “It is our prayer that the painful situation our family went through many years ago can point people toward faith in God and help others who also have lived through similar dark situations to find help, hope and healing, as well.”