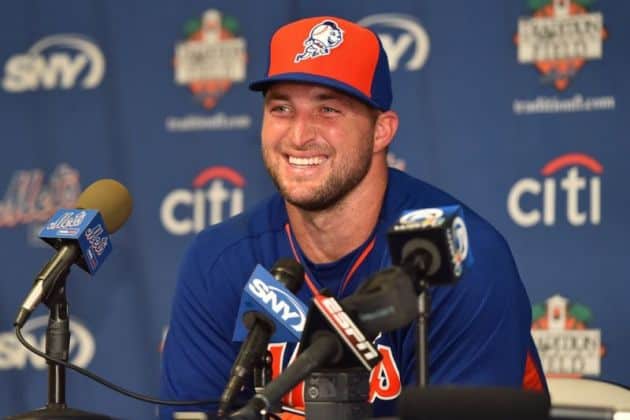 Tim Tebow’s newest book, Shaken, continues sharing his story of the trials he’s overcome in his recent past, leaning heavily on his faith.

In the early parts of the book, he shares the story of passing on an offer for a million-dollar endorsement deal for only one day of work. But he passes on the offer because his coach at the time, Bill Belichick of the New England Patriots, asked him to.

In the chapter titled “Cut,” Tebow recounts the meeting he had with Belichick:

So when the offer for the one-day commercial turned up, I was sure to discuss the opportunity with him.

He thought for a moment and then shook his head. “Timmy, I would really appreciate it if you didn’t.”

Highly respecting the man, I turned down the deal. I didn’t even think twice about it. I wanted the chance to impress Coach Belichick more than I wanted the money. I’ll say that if I was on any other team, I would have probably said yes to the offer. But his thoughts in our initial conversation mattered to me—even more than a million dollars.

Tebow continues to say that as he was cut from the Patriots, his mind went back to that endorsement deal and he questioned whether he had made the right choice by listening to Belichick just two months earlier. Even now he says he doesn’t regret his choice, telling Fox & Friends that, “It was me trying to honor the team, and if I could do it again, I would’ve done the same thing.”