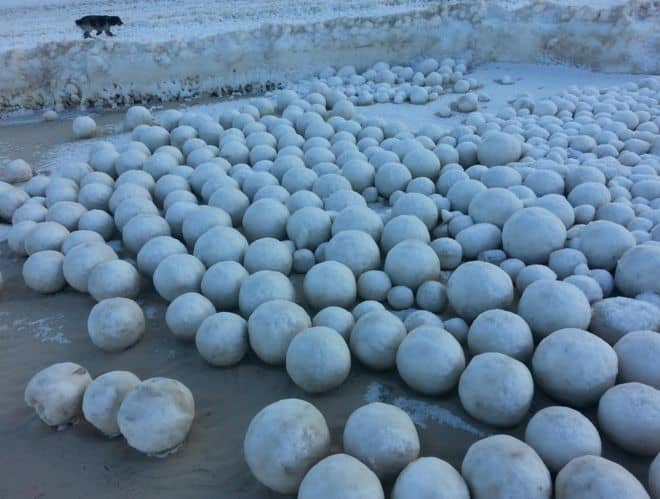 Siberians visiting the Gulf of Ob were surprised to find thousands of snowballs on the beach this weekend.

For about 11 miles of the beach line, thousands of natural snowballs of all different sizes were scattered along the sand. According to scientists, it’s a rare phenomena where pieces of ice form and then are rolled by wind and water until they become snowballs.

The sizes went from comparable to a tennis ball to measuring about 3 feet across.

Locals say they’ve never seen anything like it before.

As a rule, first there is a primary natural phenomenon – sludge ice, slob ice. Then comes a combination of the effects of the wind, the lay of the coastline, and the temperature and wind conditions. It can be such an original combination that it results in the formation of balls like these.

Hopefully no one attempts a snowball fight with these.

How to Wait Without Losing Your Cool