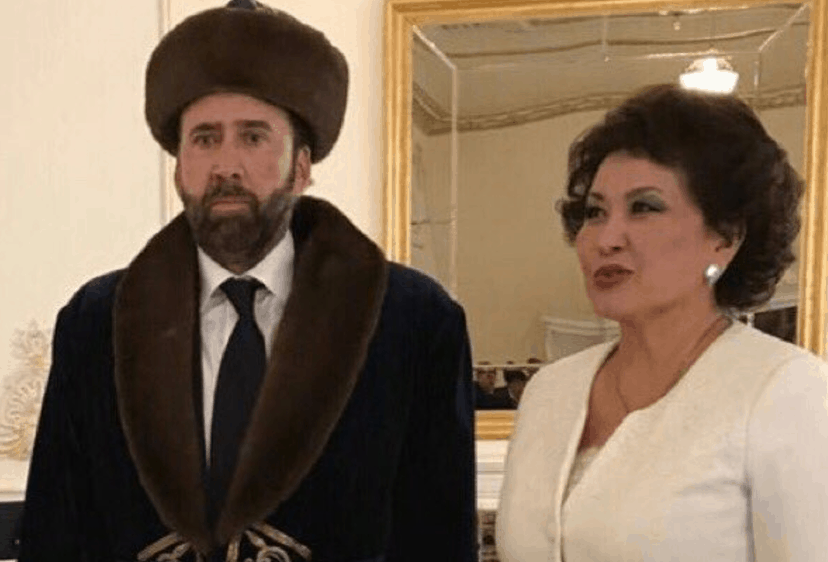 This weekend, a picture of our planet’s greatest living actor and meme, Nic Cage went viral on Twitter, with the wonderful people of the internet modifying it in delightfully hilarious ways.

He was evidently in Kazakhstan for the 13th Eurasia International Film Festival where he was photographed wearing a giant fur hat and a truly majestic robe alongside the country’s First Lady Sara Nazarbayeva.

Presented without further hesitation, the original tweet along with some of our favorite Photoshopped versions of it.

Nic Cage is in Kazakhstan..here with the First Lady. It's likely he got paid for this (he's broke), I have reached out to his publicist. pic.twitter.com/0sdyIBf4Js

Nic Cage waiting on the father in law… #nicolascage pic.twitter.com/1kp11Dmz8C

Please tell me he's there to film the ultimate action movie/ buddy-comedy: pic.twitter.com/eRR0iq0P6q

Culture Still Has a Lot to Learn About Suicide