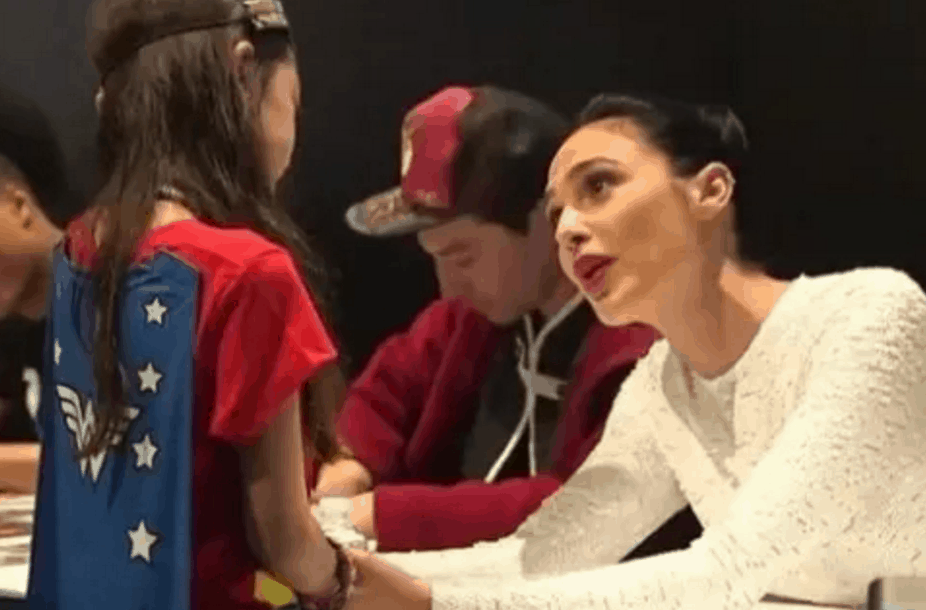 Wonder Woman wasn’t just a great superhero movie (though it was), it had a great underlying message about gender equality and female empowerment.

At this weekend’s Comic Con, the internet got a chance to see just how powerful these films can be to young fans. A video surfaced of a young fan meeting her hero—actress Gal Gadot—at the event, where she tearfully explained how much the film meant to her. It was a really touching moment.

After Doctor Strange director Scott Derrickson tweeted a photo of the meeting with the caption, “These movies matter,” a woman who said she was the girl’s mother replied, “She was so happy to meet her that she was tearing up. Gal was so sweet to her. Memories of a lifetime!”

That was my daughter. She was so happy to meet her that she was tearing up. Gal was so sweet to her. Memories of a lifetime!