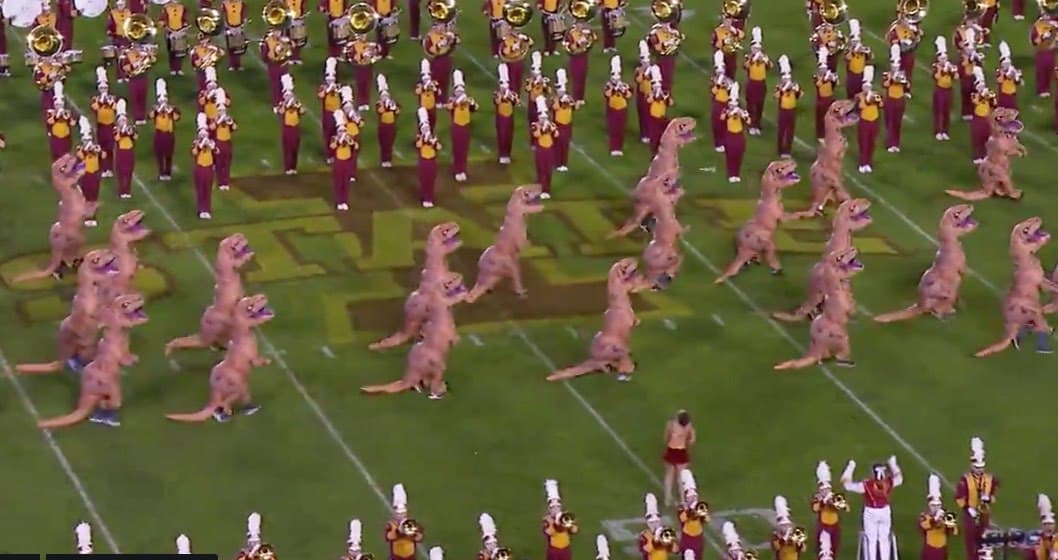 This weekend,  Iowa State’s marching band performed a tribute to the Jurassic Park franchise by playing the theme song and having a herd of dancers inflatable T-Rex costumes storm the field.

However, as Mashable notes, it’s not the first time dinosaurs have been used in a  college half time show. Michigan pulled off a similar routine last year.

Dr. Ian Malcolm, you can take it from here:

Eugene Peterson Is in Hospice Care