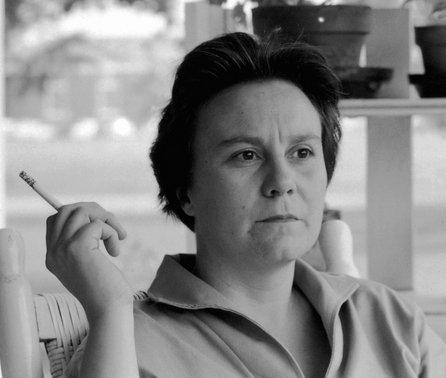 The mysterious saga surrounding unpublished writings by Harper Lee is getting even stranger, and there could be yet another To Kill a Mockingbird sequel on the way. Just days before a sequel to the classic novel is to be published (Go Set a Watchman is already doing massive pre-sale numbers), Lee’s lawyer has made another surprising and strange announcement: There may be another addition to the story in existence. The lawyer, Tonja Carter, says she recently revisited the safe-deposit box where the manuscript for Go Set a Watchman was left forgotten and unread for decades. She wanted to see if she could find “other things hiding in plain sight.” Carter claims, “What we found was extraordinary and surprised even me.”

In a column published in the Wall Street Journal, she says she opened an envelope, and “my colleague very carefully removed its contents, which were about 300 pages of typed manuscript. It was clear to us that what was in the package had not been removed since it was first mailed.” Underneath the manuscripts for Watchman and Mockingbird, Carter says she found “a significant number of pages of another typed text.” Oddly, she doesn’t say what the “typed text” actually is, but hinted that it could be yet another undiscovered novel. “Was it an earlier draft of ‘Watchman’ or of ‘Mockingbird,’ or even, as early correspondence indicates it might be, a third book bridging the two? I don’t know.”