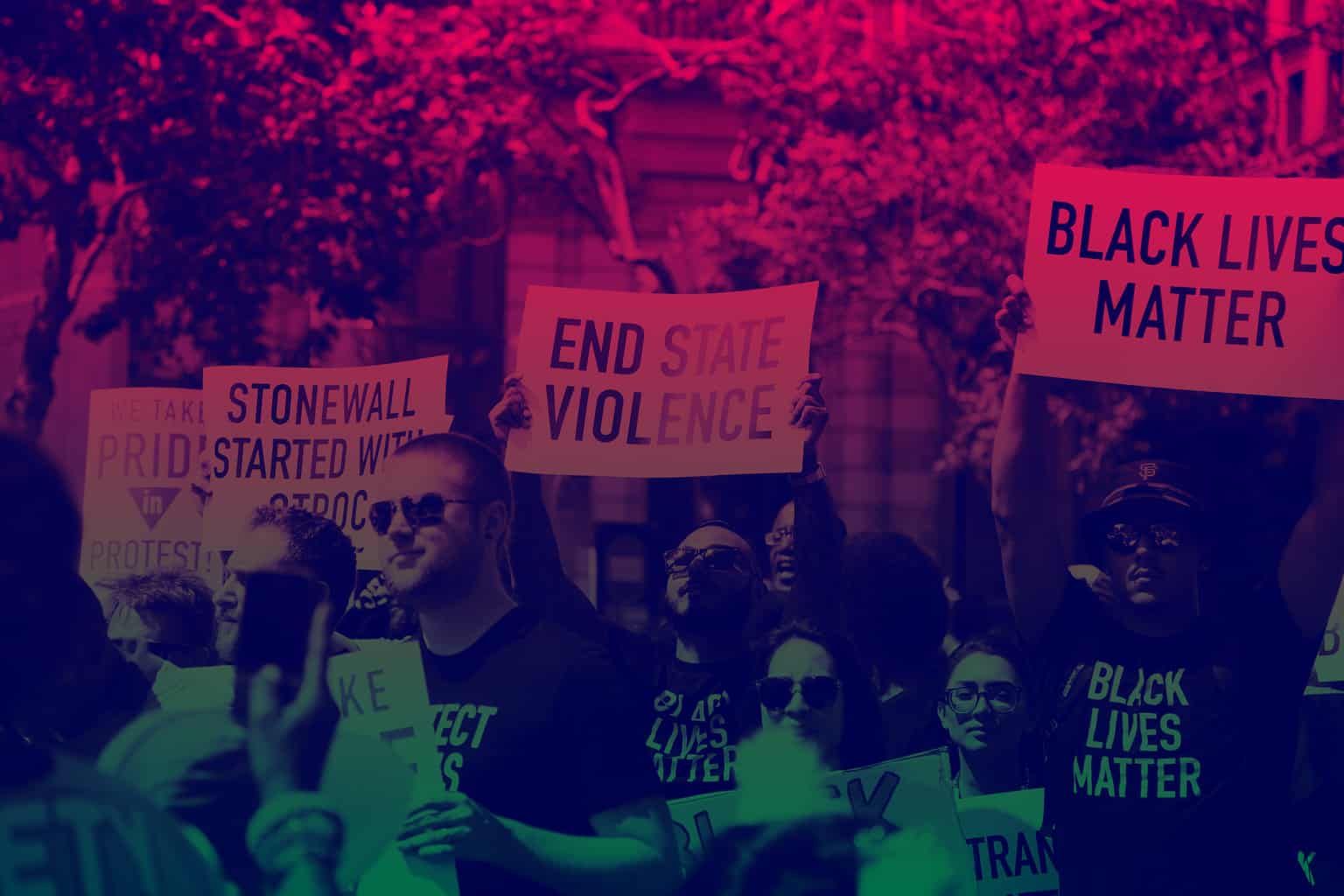 “Racism is a heart issue! Only Jesus can change a heart!” If I had a dollar for every time I heard a Christian say those words I’d never run out of laundry money. Although the argument is a mere two sentences, it aptly summarizes why many Christians are no help in the pursuit of racial justice, and it is loaded with a myriad of bad ideas—an impressive accomplishment for 11 words.

Before going any further, it’s worth noting that, historically, Christians have made major contributions to the pursuit of racial justice. The Second Great Awakening caused a proliferation of abolitionist groups that worked to end slavery in the U.S. around the time of the Civil War. The African-American Church was among the vanguard of institutions involved in the 1950s-60s Civil Rights Movement. And one of the most prominent advocates for justice in history, Dr. Martin Luther King Jr. was a baptist preacher.

At the same time, many of the patrons of racial injustice throughout history have been Christians. Many of the slave owners of the Americas attended church regularly. Theologies were written to suggest that non-white people did not bear the image of God like white people did and were therefore not worthy of basic human dignity. And one of the first slave ships to ferry human beings as cargo to the so-called “New World” was named “Jesus.” And it has often been the case, where race is involved, that the Christians on the wrong side of history have outnumbered those on the right side.

One of the reasons that this happens is because of bad theology like the 11 words that are about to get owned. Let’s do this.

Racism is not a just heart issue.

I get the “heart issue” statement. In elementary school, I was taught that white people of previous generations were mean to black people because they harbored some mysterious, unfounded, emotional hatred toward non-white people. That hatred was so strong as to occasion all kinds of abuse: racial slurs, exploitive entertainment, beatings, lynchings and even bombs. If someone thinks that’s what racism is, then it’s understandable that they would think of it as primarily something personal that would require some mystical and miraculous encounter with the Lord Himself to change.

And while racism can include strong feelings of contempt, it is not limited to one’s inner life at all.

Example: A careful study of history will show that the white supremacist violence of the early-20th century had more to do with how white people of that time felt about cotton than their feelings about black people.

Sociologist Doug McAdam reveals in his book Political Process and the Development of Black Insurgency: 1930-1970 that there was a direct correlation between racial violence and the cotton market before The Great Depression. Put another way: As long as cotton farming was lucrative business, so was the business of forcing poor black Americans to provide the cheap farming labor.

After slavery was abolished, Southern legislatures made unemployment illegal, but also forbid black Americans from starting businesses or owning land. Those measures ensured that black people would always be working for those who could legally conduct commerce: white plantation owners. It was slavery in everything but name. And white supremacist violence was used to dissuade black Americans from starting their own ventures or moving out of the rural South where persecution was most vicious.

When the cotton market collapsed, white supremacist violence declined. The utility of nooses, bricks and burning crosses was not as great as it once had been. This is just one example to show that racism is more than just a matter of disaffection but of self-interest (Note: It wasn’t some kind of pandemic transformation of “hearts” that caused the decline in violence but a shift in economics.).

All that is to say that it did not require that the racists of American history had strong feelings of emotional hate toward non-white people to do what they did. They only needed to care about things—land, cash crops, political power—more than non-white people.

All of this doesn’t mean that emotions have nothing to do with racism but that racism is something more pragmatic than senseless, wanton emotion and violence. It does not just exist in the heart of individuals. It is a part of the way that laws are constructed, political decisions are made and economic goals are achieved. It is the many inequalities along racial lines in healthcare and housing, employment and law enforcement, and so on. Racism is an operating system for society.

Hearts Aren’t the Only Things That Need Changing

In context, the “Only Jesus can…” conclusion is really meant to state that only Jesus can do something about racism, since it’s based on the premise that racism is only an inner problem. But as has already been established, racism is more than a matter of the heart. It’s also a matter of social practices, governmental policies, political decisions, economic strategies and ideologies that are spread through education and media. And those are all things that human beings have the power to change. In fact, it is our responsibility to do so.

In the Book of Genesis, God creates human beings and blesses them with power: “Rule over the earth …” God tells them (Genesis 1:26-28). For better or worse, the Scriptures suggest that the world has been entrusted to humanity’s care. The psalmist echoes that idea writing, “The heavens belong to the LORD, but he has given th earth to humankind” (Psalm 115:16). We are free to create in it, and we have. We have created societies, cultures, civilizations and histories.

But we are also expected to manage the world–and the things that we create within it–well and responsibly. We know this because of the many passages where God gives an assessment of the way that people arrange their societies in Scripture. In Psalm 82, the psalmist envisions God entering an assembly of the leaders of Israel. God is not happy with the way they are managing the world, “How long will you judge unjustly and show partiality to the wicked?” God says. “Vindicate the weak and fatherless; Do justice to the afflicted and destitute. Rescue the weak and needy; Deliver them out of the hand of the wicked.”

It’s interesting that God walks into that scene telling people to do what we often assume God is supposed to be doing. People often ask, if there is a God, then why there is so much injustice in the world. But God enters this scene asking the leaders of Israel that very question: How long will they allow injustice to stand?

“You are gods,” God says later in that psalm (Psalm 82:6). Whatever that may mean entirely, it at least means that to be created in the image of God means to be imbued to some degree with godly power to manage the world. These passages suggest that the biblical solution to injustice—racial or otherwise—is not just to pray that people have a change of heart but for people to take responsibility for the societies they have built—or in our case, inherited.

I can’t claim a comprehensive understanding of the mechanics of how hearts change. But I do know that hearts aren’t the only things that need to be changed in the pursuit of racial justice. Bus routes, employment practices, policing procedures, history curricula and more need to change. And we have the power and responsibility to make those changes, as ones who have been given the Earth to rule.

How to ‘Deny Yourself’ Without Destroying Yourself

Oprah Announces She Is Not Running For President