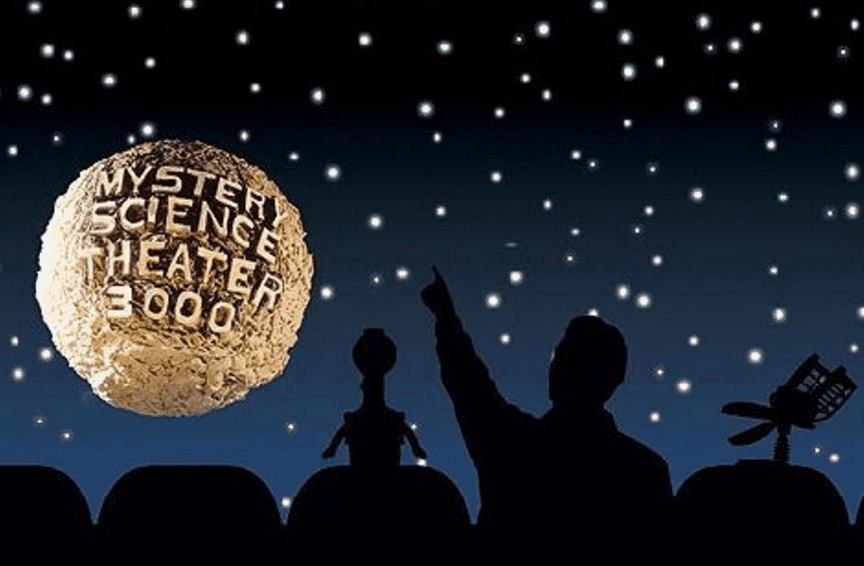 More than a decade and a half after it went off the air and nearly 30 years since its debut, there’s a new Kickstarter campaign to bring back the classic sci-fi comedy series Mystery Science Theater 3000. The show’s creator and star Joel Hodgson is attempting to raise at least $2 million to bring the show back. “As soon as we reach our minimum goal of $2,000,000, we’ll be able to make three new feature-length episodes of Mystery Science Theater 3000. But then, for each additional $1.1 million we raise, we can make three more… up to a full season of 12 episodes!” Hodgson says that now is the perfect time to bring back the series, which is centered around comedians watching terrible movies and making fun of them:

I mean, look at the influence it’s had… Everyone riffs on Facebook, YouTube and Twitter. Hell, there are ten to twelve people who are still, unironically, riffing on MySpace and Friendster. In a world where riffing has become as common as our national pastime, baseball. It makes sense: like baseball, everyone knows how to play, but sometimes it feels good to just sit back and watch the original movie riffing team take a whack at it.

Things are off to a strong start. It just launched this morning and has already brought in more than a quarter of a million dollars.

UPDATE 10/15: They are quickly approaching their goal. As of Sunday morning, the campaign has surpassed $1.7 million.

The Groupon for Clip-on Man Buns Has Finally Arrived

Benedict Cumberbatch Could Be the Most British Man Alive