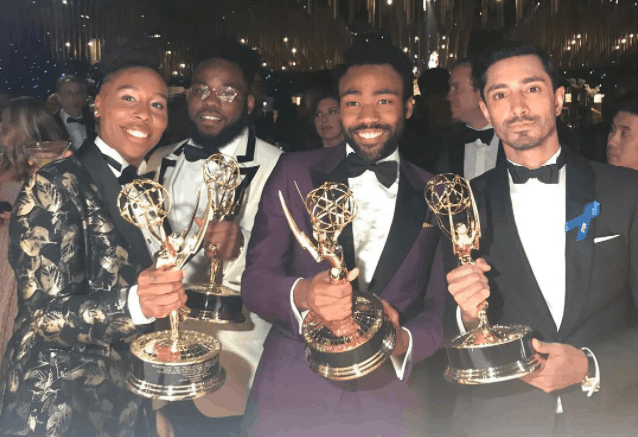 “I am truly amazed at how many black people are here,” Dave Chappelle noted when he took the stage as an Emmy presenter along side his co-presenter Melissa McCarthy. “I counted 11 on the monitor.”

No telling whether or not “11” is an accurate estimate or what sort of record that might be, but Sunday night’s Emmys was one for the record books in terms of racial representation. Donald Glover snagged an Emmy for directing Atlanta, making him the first black person to win the award in that category. (He also won for best comedy actor; the first black man in 32 years to do so.)

In the meantime, Lena Waithe became the first black woman to win an Emmy for comedy writing, which she landed for her work on Master of None. “The things that make us different—those are our superpowers,” she said, and encouraged people who live outside the mainstream to  “go out there and conquer the world. It would not be as beautiful as it is if we weren’t in it.”

“I don’t know if any one person’s win of an award or one person snagging one role or one person doing very well changes something that’s a systemic issue of inclusion,” Ahmed told Variety after the show, adding some needed nuance to the evening. “I think that’s something that happens slowly over time.”

That’s a good point and should sober the Emmys from patting themselves on the back too hard. But there’s no denying that moments like Ahmed’s and his fellow winners help move representation in the right direction.