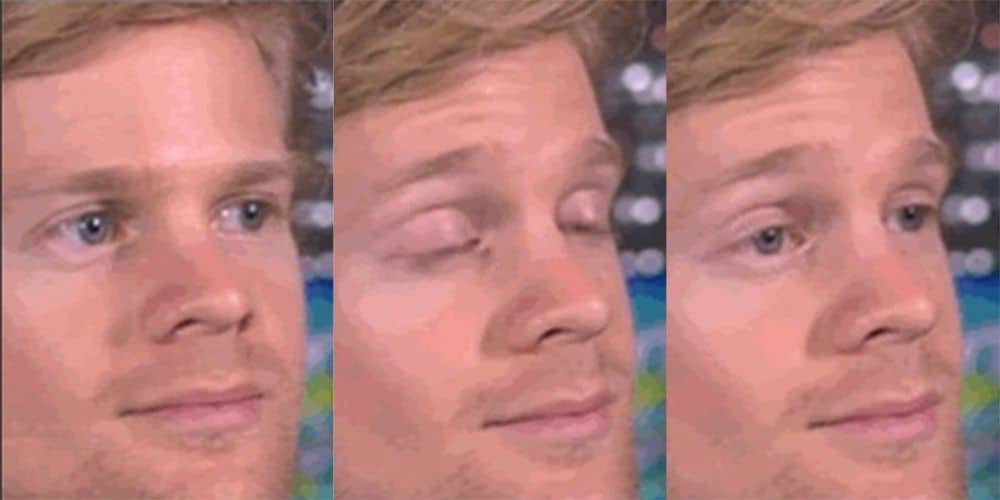 You’ve seen it. You’ve probably seen it hundreds — nay, thousands of times. The brief moment of slight surprise. The ever-so-subtly skeptical blink. It’s an emotion that’s almost impossible to describe, but immediately relatable. And like all the best memes, it acted as an easy shorthand for moments when the right language felt just out of reach. And now, we’ve got the guy who gave it to us.

In 2013, Drew Scanlon worked as a video producer at the gaming website Giant Bomb. He was appearing on a video game live stream when Giant Bomb editor-in-chief Jeff Gerstmann narrated the action by saying, “I’ve been doing some farming with my hoe.” Scanlon cocked his head and gave a very Halpert-esque blink. Little did he know he was planting the seed of this year’s biggest meme. (h/t Thrillist)

Two years later, a NeoGAF commenter used a clip of Scanlon’s befuddled expression to comment on a comic strip, but it wasn’t until 2017 that the GIF exploded into the Internet consciousness.

“It’s been weirder for the people who know me than it has been for me,” said Scanlon, 31. He says his friends and relatives freaked when they started seeing his face all over social media. Stephen Colbert has tweeted out Scanlon’s reaction. So has Ava DuVernay and Terrell Owens.

Scanlon says he isn’t recognized much on the street, however: “People don’t expect memes to be real people. People understand that actors are real people that play in movies, but people don’t expect that from me. Memes just come from the Internet. That GIF is also so many times removed that when you see the original source, it doesn’t make any sense.”